The unveiling of the Hall County "Goat Rock" Nov. 8 is attended by District 4 County Commissioner Jeff Stowe, far left, and members of the families of J.W. Tolbert and Herman Tankersley, whose 1960s justice of the peace race spawned the political legend. (Photo by Hall County.) 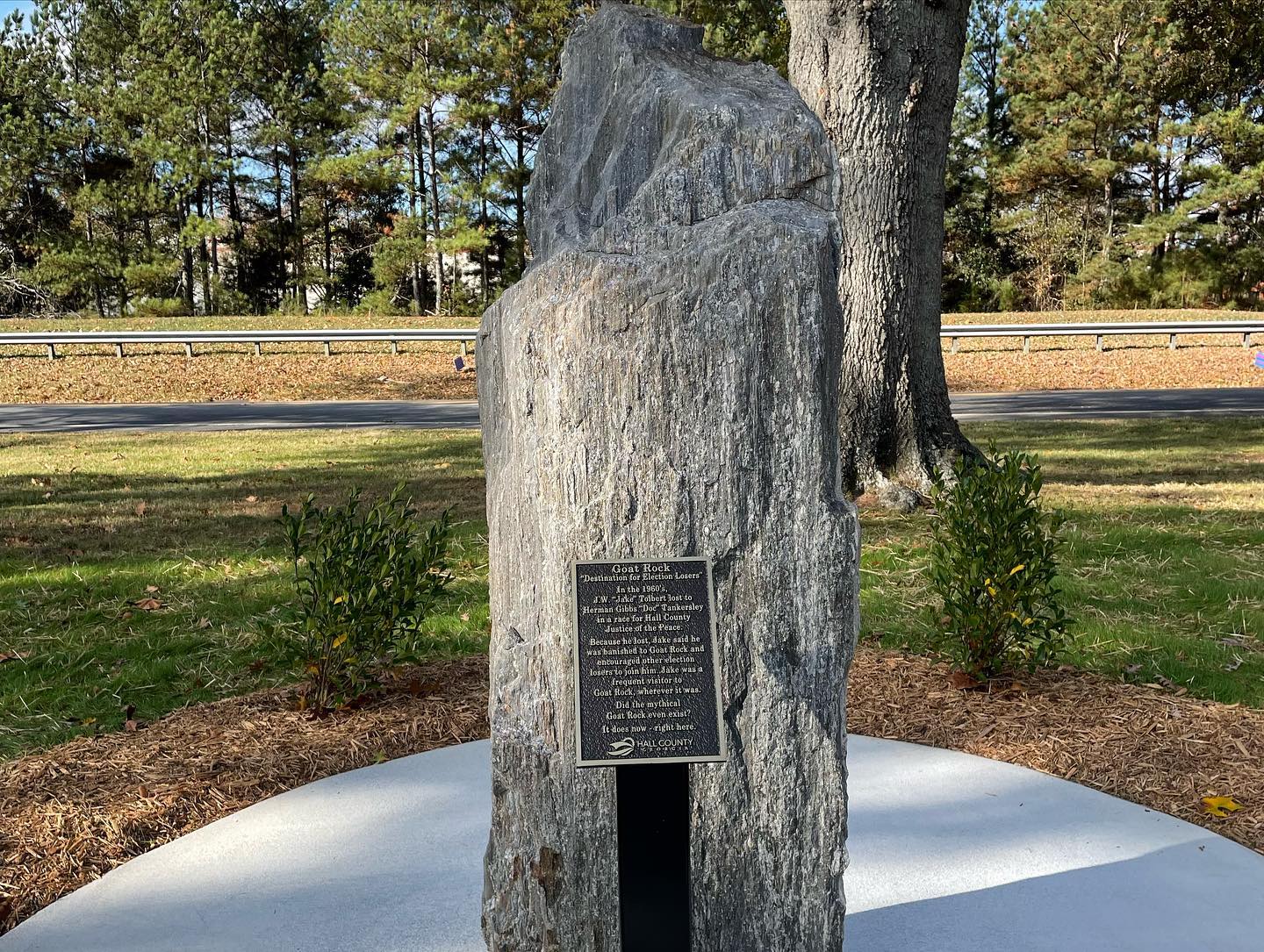 “It’s really neat we’re able to get here and actually have a little fun about politics, because in our nation today, there’s so much angst and so much division, it’s just nice to be able to laugh at ourselves,” said County Commissioner Chairman Richard Higgins during the ceremony, which can be seen on video here.

Goat Rock is a humorous local political legend about the place candidates go to lick their ego wounds after a ballot box defeat. It originated with J.W. “Jake” Tolbert, who lost a 1960s race for a justice of the peace position to Herman Gibbs “Doc” Tankersley. Tolbert lost several other races, joking he was the “mayor” of the mythical Goat Rock.

The idea of establishing an actual Goat Rock came this year from Gainesville Board of Education member Sammy Smith when he saw large rocks excavated on the site of a school. 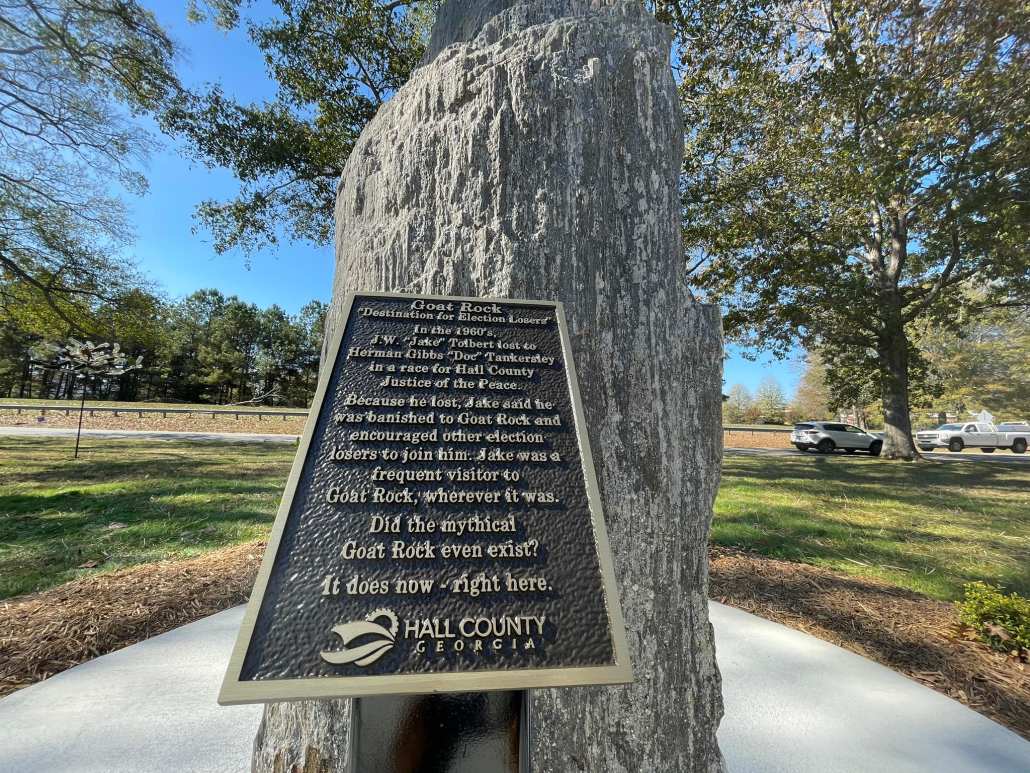 A closer look at the Goat Rock plaque. (Photo by Hall County.)

The monument consists of one of those rocks – a rugged, column-like mass – with a plaque describing the legend. “Did the mythical Goat Rock even exist? It does now — right here,” says the plaque. It was erected in Gainesville along the Highlands to Islands multiuse trail at A Avenue and 1st Street.

Attendees of the unveiling included members of the Tolbert and Tankersley families. Smith said he, too, had once been “a member of the Goat Rock club” after losing a school board race and knew what the hurt feelings were like.

In an email to SaportaReport, Higgins reflected further on the significance of the local folklore:

“Goat Rock, as a local legend, holds different meanings for different people. For some, it is a memorial and an ode to loved ones passed. To others, it’s simply a fun story they remember hearing. Whether people choose to visit Goat Rock to introduce a little levity to their situation, or they use it as a spot to commiserate or to commemorate with others, or they see it as just a piece of trivia, as with any gathering spot, the true purpose is to bring people together. It’s only together that we can gain different perspectives about elections, about politics, and about life, and maybe find a little humor and a little grace for ourselves.”

Abramowitz: It’s not the new election laws, but who’ll enforce them, that’s troubling