Hank Aaron the businessman: Another way of remembering the home-run slugger

A friend to most, but a legend to us all, Henry “Hank” Aaron passed away, but his legacy of inclusivity and compassion will live on. 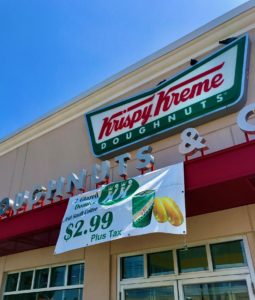 Aaron, a Black man, was best known for breaking the record for most home runs in a career set by Babe Ruth, a white man, on April 8, 1974. The journey to making history was during a time of extreme racial conflict in the U.S., and the closer Aaron got to his 715th home run, the more and more death threats came upon his family, the Braves organization and himself.

Aaron also holds other baseball records, including most runs batted in (RBIs) and he’s ranked third in a total number of career hits, but his legacy extended well past his time on the field.

“He was in the community and he had the name people wanted to do business with him,” Wilbourn told SaportaReport, “I think that was a very big plus.”

When Aaron retired from baseball, the opportunities to start franchising with major companies began to come in, and Aaron started to building his business legacy.

Wilbourn said having a name like Aaron’s to help you sell your products gave them “publicity that you can’t buy.”

Aaron continued in the interview, “…the thing that I want them to remember is the kid that helped send somebody to school, helped somebody to get through college.”

Aaron and Billye also made contributions to the community by raising money for several charitable organizations like the United Negro College Fund, Boys and Girls Clubs of America and the couple’s  Chasing the Dream Foundation which provides scholarships to local students who attend Historically Black Colleges and Universities.

A fond memory of his friend that Wilbourn says he will keep with him was his reaction to the popularity of the famous Popeye’s chicken sandwich that captivated his customers in summer 2019. 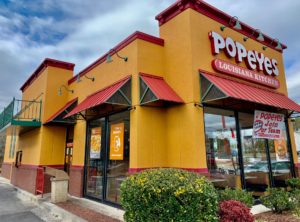 “When the chicken sandwich came out, he went around to every Popeye’s he owned and [was] just amazed at the line of people trying to get this chicken sandwich!” said Wilbourn.

But a chicken sandwich is not the only thing Wilbourn will remember of his friend. What Wilbourn will never forget is that “country boy from Mobile [Alabama],” who was a  “down-to-earth person,” and his word was “totally credible.” 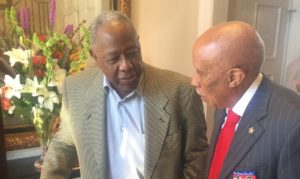