‘It’s a hard story to cover, because the weather’s so bad’ 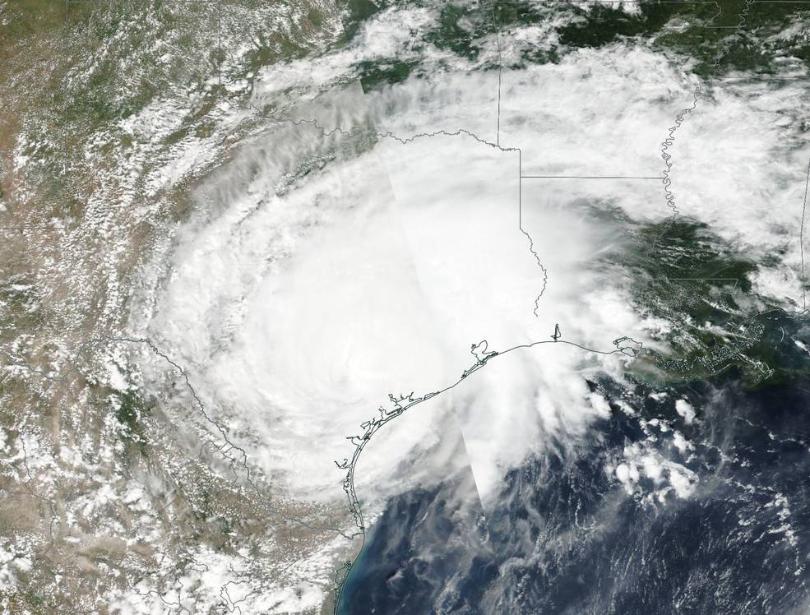 My first disaster had a lot in common with the current one. It was a hurricane named Agnes, a storm which weakened but wouldn’t go away.

Agnes made its U.S. landfall near Panama City, Fla., caromed across Georgia and up the East Coast for days until it passed over Ellicott City, Md., a pretty town laid out along a steep ridge of the Patapsco River Valley, where once a week we laid out both editions of the Howard County/Columbia Times.

When Agnes arrived on the night of June 21, 1972, having meandered out into the Atlantic and gathered force, Ellicott City filled up like a glass of water.

I had my first brush with a Secret Service detail in the storm’s aftermath, as Vice President Spiro Agnew and Maryland Gov. Marvin Mandel stood on a hillside nearby, solemnly viewing the devastation as a light rain continued to fall. (Agnew pleaded guilty to tax evasion and resigned the following year; Mandel served time for mail fraud and racketeering. But President Ronald Reagan commuted his sentence, he assumed the office of governor again and eventually got his sentence overturned.)

I remember, particularly, a young woman maybe a couple of years older than I was, who had survived by standing on a table in her second-story apartment as the water rose up to her shoulders. A couple of days later she sat on a cot in a high school gym among hundreds of similarly disoriented evacuees. Her paperwork happened to be the first to be processed for emergency assistance, and as she was telling me about her ordeal, a federal official was heading across the gym floor with a check and a gaggle of television cameramen.

To her obvious alarm, a crowd gathered around her like a rising flood. The official gave his soundbite and she managed to say a few words of appreciation. Then the crowd moved on.

Since then I’ve covered earthquakes, tornadoes, nuclear accidents and floods, and as an editor directed coverage of all manner of calamities. The bewildered look on that woman’s face still lingers.

Disasters are a primal source of news. Nature’s power gives all things an exhilarating rush, terrible though it is. We get the chance to see the best and the worst in ourselves, and gape at the fragility of what we thought immovable. Politicians get to look resolute and necessary and communities find the inner resources to pull themselves back together. Humans have a strong impulse to build stages from their rubble, on which to announce their permanence. Disasters can’t be entirely separated from the governmental theatrics which follow them.

But the rush goes away, and so do the cameras, long before the difficult job of recovery is finished.

“It’s a hard story to cover, because the weather’s so bad,” a reporter for the AJC once famously said when he found himself in a hurricane-battered phone booth with no way to transmit his copy. Prosaic though that observation may have been, it’s the gospel truth. And it isn’t getting any easier.

By the time it exhausted itself over Pennsylvania, Ohio and New York, Agnes had killed 122 people and was the nation’s costliest storm to that date. Katrina and other huge storms have since far surpassed it in damage wrought. In the days of Agnes, the size and frequency of storms was a matter of interest but not controversy. Since the inception of the climate change debate, this has changed. The controversy over fake news has even led some residents in the way of storms to distrust weather reports.

Earlier this month, President Trump voided the Federal Flood Risk Management Standard, signed by former President Obama, which would have required the government to consider rising sea levels and climate change in locating bridges, highways and other infrastructure. Trump claimed it would slow the pace of economic development.

At the same time, we’re likely to see more proposals like that for a “coastal spine” of seawalls and floodgates to protect the Houston-Galveston region from future mega-storms. At some point there will have to be a discussion about how much we should build to withstand the storms and what we shouldn’t build to avoid them.

Every time there’s a storm like this, weather experts talk about how unprecedented it is. That’s part of the disaster drama we’ve come to expect. But we can confidently expect there will be more storms like this. The question is what we plan to do about them.