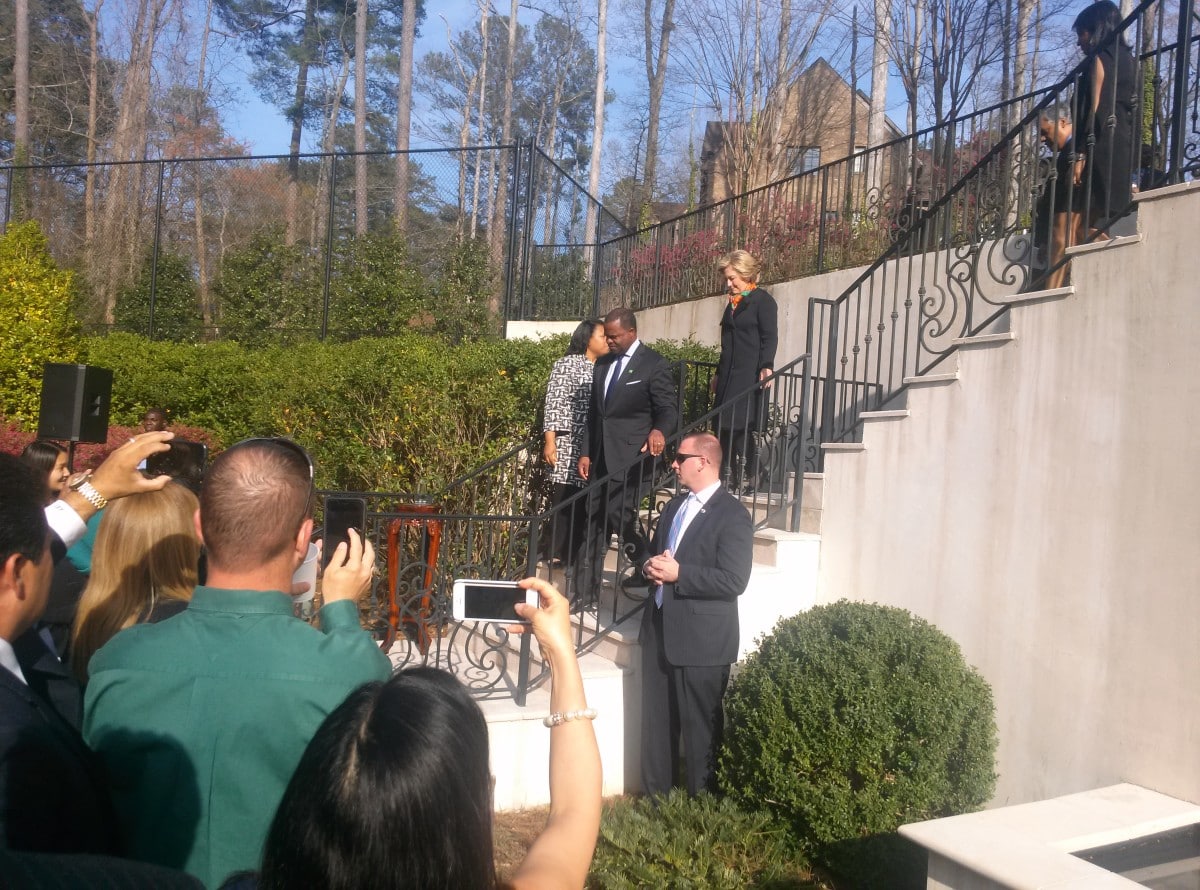 For Rita Williams this was the American dream come true. The Decatur attorney, who grew up on the West Side of Atlanta and was the first in her family to attend college, was rubbing shoulders with some 250 doctors, lawyers, business executives and politicians who had shelled out up to $2,700 each to meet, hear and be photographed with Hillary Rodham Clinton at a private fundraiser recently.

“This is one of the events of my lifetime,” Williams reveals with tears in her eyes.  “This is like hallowed ground.  To be here with Kasim Reed, the Mayor of Atlanta where I was born, along with Secretary Clinton and to be in their presence is to be in America.  That’s what this crowd looks like, America. I began thinking about the sons of former slaves and slave owners all gathered here, equal.  It is the American Dream.  That’s what this is for me.  I was moved, I am moved.  I am so blessed to be here and to be in this moment. This is sacred.”

It was an exclusive affair held in the palatial home of Dr. Pradeep Sinha and his wife Ranjana. The guests were all high rollers and prominent figures. There was a range of hues, cultures and ethnic groups represented. Among the several hosts recognized were businessmen Daniel Halpern and Donnie Hyder. This reporter was the only journalist invited to attend. 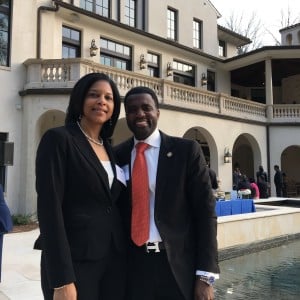 “This is absolutely Atlanta and this is the future of America,” says Rene Glover, the former Atlanta Housing Authority CEO.  “The reason why this is such a beautifully inclusive and diverse audience here is because we all believe that Hillary represents our future.  She represents the best part of us.”

“We are turning into more than an international city, Atlanta has become a cosmopolitan city,” adds Solange Warner, a native of Chile and co-chair of the World Chamber of Commerce.  “Atlanta is now a major political player because we have an international vision.  We understand that we have to open up to the world in order to succeed.”

Atlanta has become a favorite city for Secretary Clinton and her surrogates to raise money and raise her political profile.  She says she here so often to “lay the ground work for turning Georgia a little bluer.” 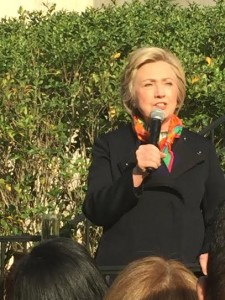 As the former First Lady inches closer to gaining the Democratic Party’s nomination for president of the United States, her campaign is focusing less on Senator Bernie Sanders, and more and more on her likely Republican challenger, Donald Trump. She’s convinced she can defeat Trump, who she calls a “political arsonist.”

“You are going to find a lot of Republicans reluctant to support Donald Trump,” Clinton predicts.  “And, if we do our job right we can actually attract Republican voters who know about this man’s demagoguery, his appeals to authoritarianism, his insulting behavior, his incitement of violence is not what we want in America.

“When I hear Donald Trump say he has not gotten started on me, where does he think I’ve been for 25 years,” she continues to loud applause. “It’s not like people have actually been easy on me.  They’ve been after me for a long time and I am still standing.  I think the appropriate response is we haven’t gotten started on you yet Donald.”

Clinton contends that the “rest of the world is worried” about Trump being elected President. 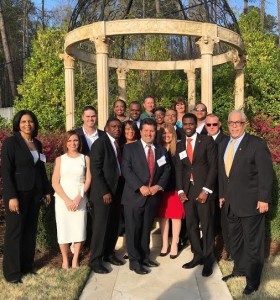 “We do have to keep America safe but there is a smart way of doing it and there is a dangerous way,” she says to her sun drenched supporters.  “And, his bellicosity and belligerence is the dangerous way of doing it.  He is actually helping to recruit terrorists to the cause of Isis and others. It matters what you say when you run for President and it really matters if you are President.  Running for President is hard, being President is harder; therefore we’ve got to make this election about the seriousness of the job.  This is one of the most consequential elections we have had in a very long time.”

Secretary Clinton adds: “This is one of the most divisive candidates we have ever had—what he says, how he treats people. For awhile people just kind of laughed thinking it was reality TV, and we have seen everything on reality TV.  But we have never seen anything like this.  This is the kind of behavior that is frightening.  We have to stand up for all of Americans’ rights.  And that means we can’t have someone who is a political arsonist running for President.” 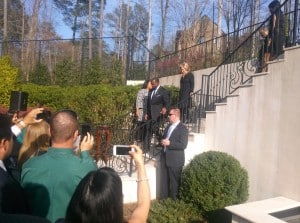 Dr. Pradeep Sinha, who is one of the leading facial plastic surgeons in Atlanta, was just as impressed with Secretary Clinton’s appearance at his home as attorney Rita Williams was to be there.  Dr. Sinha’s parents immigrated to the United States from India. His practice is the Atlanta Institute for Facial Aesthetic Surgery.

“My doctor friends ask me why am I a Democrat,” he told Mrs. Clinton and his house guests. “It comes from my background and my experience.  My parents came to the United States looking for a better life.  My mother worked very hard as a librarian to put me and my brother and sister through school.  But when I look now there are some changing winds of some folks that want to change what [America] is.  And, that’s why I am involved now.  I believe in the America that doesn’t say only certain people can get that dream.”