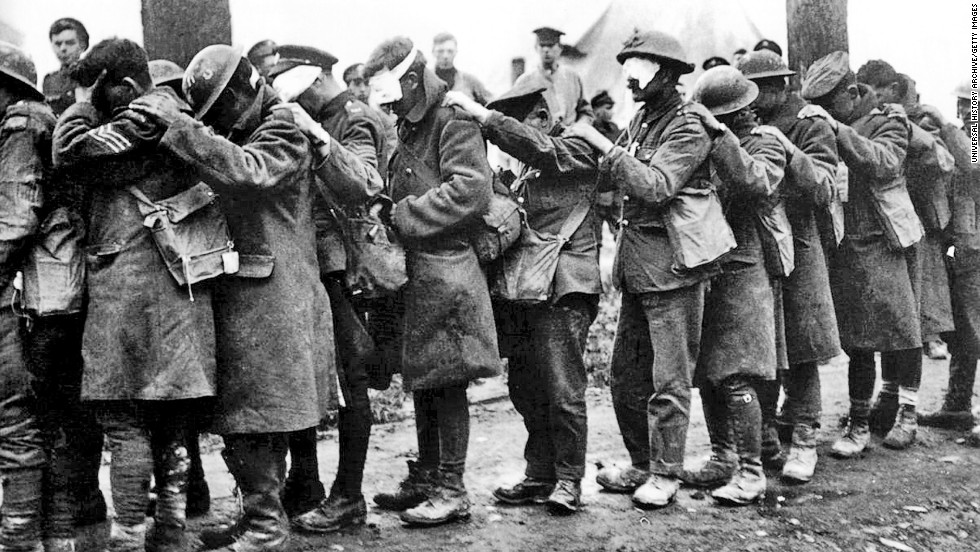 The history of poison gas is, you might say, a rather vaporous subject. So much so, that a substantial portion of that history has been made in the past few months.

In 1899, an international conference was held at The Hague to set the ground rules for “civilized warfare” in the coming century. Much of what it ratified came from the code the Union Army had used in the American Civil War, but the conference also attempted to anticipate future problems, such as the used of balloons in combat, and projectiles “the sole object of which is the diffusion of asphyxiating or deleterious gases.” The United States was the only country which didn’t ratify the provision banning these projectiles. 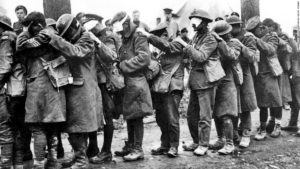 The Hague Convention was violated in World War One, but not directly, at first. Because they resulted in blindness or extreme pain or disorientation more often than they killed, the first use of poison gas in combat was portrayed as within the bounds of the convention. One point in the favor of this very long stretch in logic was that poison gas soon proved very problematic as a weapon. A change in wind direction could wreak havoc, and a dip in the temperature could render the liquified gas harmless. When the air was still, troops which took new territory risked running into clouds of their own gas.

The impact of poison gas on the outcome of the war was so limited that serious histories of the war have been written with scant mention of it. But public horror over the gas attacks — perhaps in part because they produced so many victims who lived to tell of them — was far greater. That has been the decisive element in its evolution as a weapon.

In “Mein Kampf,” Hitler wrote of being blinded the month before the 1918 Armistice by British gas, which turned his eyes into “burning coals” — a phrase later used to describe his impact on others — and suffering a second bout of blindness when he learned of Germany’s surrender. Like many of Hitler’s stories, this may not have been true, but it reflects the abhorrence and terror which the memory of poison gas evoked in those who had come through the war.

This horror resulted in the 1925 Geneva Protocol, which unequivocally banned all chemical and biological weapons. What this really did was to relegate poison gas to the colonial wars and the odd corners of international conflict. And of course, genocide. The Italians used it against the Ethiopians and the Japanese used it against the Chinese, but the Allies and the Axis abstained from using it on each other.

They were prepared to do so if necessary. In December 1943, a German air raid on the Italian port of Bari sank the SS John Harvey, an American ship loaded with mustard gas. Hundreds were killed in a disaster made all the more ghastly because the crew and their rescuers were unaware they were being poisoned. (In a curious twist, the disaster became a milestone in the development of chemotherapy cancer drugs.)

Saddam Hussein was a fan of poison gas, using it on the Iranians and his own people, but its benefit to him was again vaporous. His use of poison gas added heft to the argument that he also possessed weapons he didn’t have, and led to his downfall.

This very cursory review of the modern era’s early experience with poison gas suggests how a situation that seems as morally clear as the Assad regime’s use of chemical weapons on its own citizens can become a practical problem of splintering complexity. It’s a history with few clean hands or clear outcomes.

The reliability of poison gas as anything but an instrument of terror has long since been discredited, but the terror remains as a potent rationale for its use. The development in our time of super-powerful chemical nerve agents, like those used in the attacks on Kim Jong-un’s half-brother and Sergei and Yulia Skripal, adds even more terror. But these precious assets are only used to send a message.

When the difficulties of confirming the use of chemical weapons and fashioning an appropriate response to them are combined with a multi-sided civil war and two leaders (don’t forget Putin) desperate to change the subject, what can possibly go wrong?

A governor’s race like none before it takes shape, long before the vote
Tom Baxter December 6, 2021 4:32 pm

A governor’s race like none before it takes shape, long before the vote