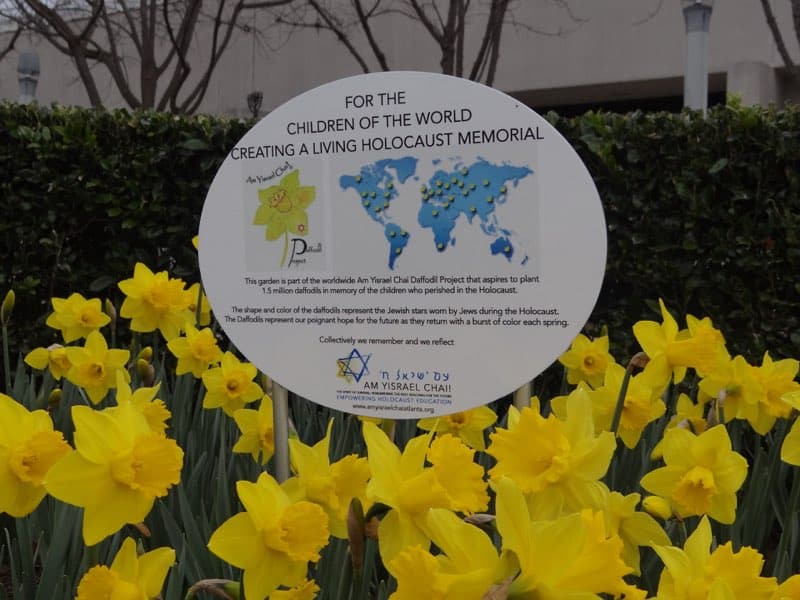 What — and how — does Atlanta remember? Recent years have seen Atlanta remember the Civil War through battle reenactments, exhibitions, and lectures on the occasion of the war’s sesquicentennial. Anniversaries notwithstanding, Atlanta’s Civil War past has always been important, as demonstrated by the city seal. The dates on the seal, 1847 and 1865, reference Atlanta’s beginning and its re-beginning, respectively. The motto spanning the top of the seal, resurgens (Latin for “rising again”), references Atlanta’s postwar recovery after being burnt by Sherman’s Union forces in November 1864. The seal’s mythical phoenix, rising from the flames, points to a connection between tragedy and triumph, the latter made all the more meaningful by the former. 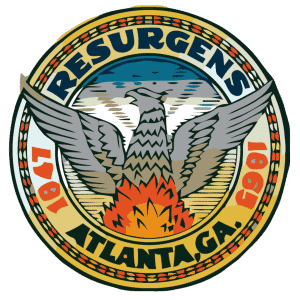 Seal of the City of Atlanta

The business of remembrance in Atlanta is not exclusive to the Civil War, however. Every spring Atlanta’s Jewish community and its supporters gather for Yom HaShoah, also known as Holocaust Remembrance Day, to remember the six million Jews murdered during the Holocaust. Commemorated internationally since 1953, Yom HaShoah marks the anniversary of the Warsaw ghetto uprising of 1943, when Jewish residents rose up in armed rebellion against their Nazi occupiers (commemorated annually on the 27th day of the Hebrew month of Nisan, Yom HaShoah will this year begin at sunset on May 4th and end at sunset on May 5th). According to Kim Goodfriend of the Marcus Jewish Community Center of Atlanta, it is a day to “honor, remember, and educate all at once.”

Atlanta’s Jewish community began commemorating Yom HaShoah 51 years ago at Greenwood Cemetery’s Memorial to the Six Million, commissioned by Eternal-Life Hemshech, a survivors’ group, and designed by Benjamin Hirsch, himself a survivor. The memorial and the yearly ceremonies it has witnessed were originally born out of a simple need: the Jewish immigrants who arrived in Atlanta after World War II, like other survivors of the Holocaust, had no place to remember their lost loved ones. The Holocaust had denied survivors traditional sites of mourning, so Atlanta’s survivors built their own — the second oldest in the country, according to Aaron Berger, executive director of the William Breman Jewish Heritage Museum. 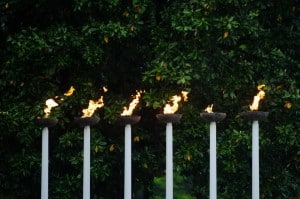 Greenwood Cemetery is home to the Memorial to the Six Million. Image courtesy of the William Breman Jewish Heritage Museum

The Memorial to the Six Million, which includes a crypt holding the ashes of Jews murdered at Dachau, essentially serves as a gravesite. Early commemorations at the memorial drew only survivors and their families, but soon American-born Jews began participating, and over the years non-Jews, too, came to mourn with their Jewish friends. Everyone, regardless of age or religion, is welcome and encouraged to attend the May 1 ceremony, which is an opportunity to mourn (Kaddish, the Jewish prayer of mourning, is recited) but also to honor the survivors and recognize their resiliency. Past ceremonies have seen crowds of more than 500 people.

Liliane Kshensky Baxter, director of the Weinberg Center for Holocaust Education at the Breman Museum and a child of Holocaust survivors, describes the ceremony as empowering and strength-building, thanks in part to a ceremony program that includes remarks by a Holocaust survivor (Robert Ratonyi will speak this year) and the involvement of young people as vocalists, flower bearers, and candle lighters. Atlanta’s survivors, after all, arrived here with nothing and were able to rebuild their lives, begin successful businesses, and start families that now include grandchildren and great-grandchildren. 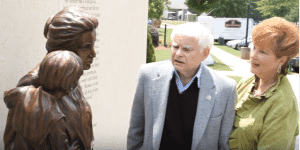 It is a testament to the efforts of local Holocaust educators, as well as Atlanta’s commitment to remembering, that the commemoration of Yom HaShoah has evolved from a single ceremony at Greenwood Cemetery to its current status: a variety of well-attended events hosted by a number of groups across the metro area.

On May 8, the Marcus Jewish Community Center of Atlanta (MJCCA) will host its Yom HaShoah ceremony, featuring author and survivor Rabbi Joseph Polak, at the Besser Holocaust Memorial Garden in the MJCCA’s Zaban Park. Opened in 2010, the garden was created by survivor Abe Besser, who lost multiple family members in the Holocaust. The memorial honors the six million Jews who lost their lives during the Holocaust, but distills that figure into something more comprehensible through the figures of Besser’s mother and two young children, representing the grandchildren and niece whom she accompanied to the gas chambers so that their mothers might live. The memorial stands in the middle of the MJCCA campus, adjacent to the sports fields. Its placement there was purposeful: members of the community see it and interact with it daily. It is a reminder that every day, not just Yom HaShoah, is a day to remember the Holocaust.

The Georgia Commission on the Holocaust presents Anne Frank in the World: 1929-1945.

Indeed, while the Georgia General Assembly declares April Genocide Prevention and Awareness Month, institutions in Atlanta and across the metro area offer opportunities for Holocaust education throughout the year.

That so many opportunities to commemorate Yom HaShoah and learn about the Holocaust exist year-round in Atlanta — more than can be mentioned here — suggests important parallels between the story of Atlanta and its Jewish community. Each has risen. Each looks towards the future. Each honors its past.

Let us remember together.