How the invention of Georgia’s cotton gin changed the world 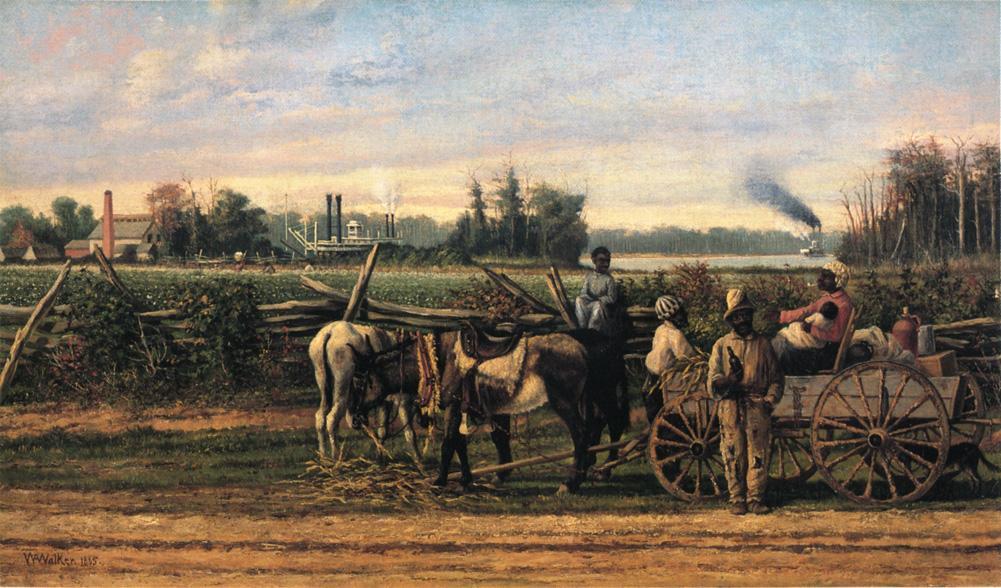 Around 1785, planters along the coast of South Carolina and Georgia began importing high-quality cotton from the West Indies and learned to successfully cultivate the crop that made Caribbean planters, merchants, and slave traders rich. 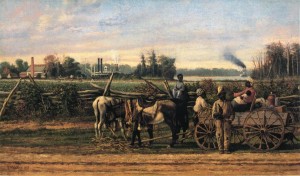 Thus began a critical development in the history of slavery in the United States.

Merchants valued Sea Island cotton, as it came to be called, for its exceptionally good, silky quality. Sea Island cotton, a “long staple” variety, was also economical to grow using slave labor, since the process of removing its seeds by hand was not difficult. The coastal slave-based cotton plantations in Georgia and South Carolina flourished, with exports to the North and to England and France making their owners wealthy. 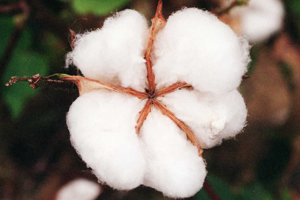 There was one problem with long-staple cotton, however; it could be grown only in coastal climates. The alternative for non-coastal lands in Georgia was “upland” or Mexican cotton, a “short-staple” variety.

Natives grew this species for centuries in North America, as well as in Egypt and North Africa, where it has a long history in the weaving of apparel and rugs.

In 1793 Catharine Greene, the widow of the noted Revolutionary War general Nathanael Greene, invited Eli Whitney to her Mulberry Grove plantation, just outside Savannah in Chatham County, to serve as a tutor. Whitney, a Massachusetts native, had just graduated from Yale University. While at the Greene plantation, Whitney learned of the problems of harvesting short-staple cotton. 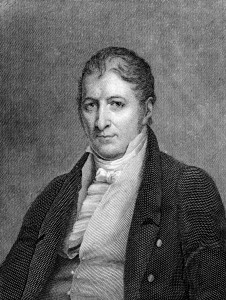 Eli Whitney lived in Georgia for just a year, on Catharine Greene’s Mulberry Grove plantation near Savannah. It was there he invented the cotton gin.

This budding mechanical genius, according to New Georgia Encyclopedia author Edward Hatfield, devised a hand-cranked box-like machine (a “cotton engine” or “gin”), consisting of wire teeth set in a wooden cylinder that, when rotated, separated cotton fibers from the seed. A second cylinder turned in the opposite direction to sweep the fibers, undamaged, from the wire teeth.

Other gins existed, and had for centuries, but Whitney’s invention worked well on short-staple cotton and was mechanized. He promptly patented it on his return to New England—too late, as it turns out, to prevent massive infringement. With a gin, a single slave could do the work that previously required as many as twenty slaves. Practically overnight, the ability to plant and profitably harvest short-staple cotton with the labor of slaves made cotton the new gold—and there was so much land.

By 1830 the South, slavery, and short-staple cotton became synonymous as the gin and wave after wave of settlers spread through Georgia, pushing out the Cherokee and Creek. Cotton and slavery followed them into Alabama, Tennessee, Mississippi, the Louisiana Territory, and Texas.

America’s first global commodity, the fine white cotton fiber became the sought-after article of commerce for local as well as New England and European textile mills, those beachheads of the modern Industrial Revolution.

And it was the flow of cotton capital that helped subsidize the nation’s railroads, steam ships, and locomotives, too, along with making planters, bankers, ship owners, and merchants in the North and South wealthy. 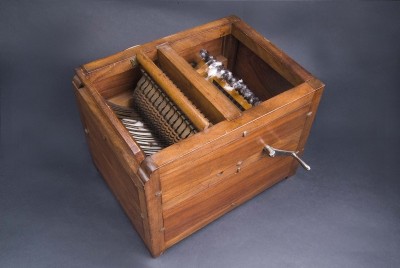 What might Georgia, the South, and the nation have looked like without the development of the mechanized cotton gin—Mulberry Grove’s peculiar gift to the world?

Of course it is possible, and maybe even likely, that someone else would have happened upon the trick. Thrift-minded farmers could be entrepreneurial, and ingenious, too, where a dollar was to be had.

But what if there had been no mechanized cotton gin at the beginning of the new nation’s southward and westward expansion?

The institution of slavery likely would have dwindled, maybe even died out. As new territories opened up in the southern interior, Native Americans willing to cultivate farms might well have avoided expulsion (the Cherokee were already adopting agriculture). It is even possible that southern society would have evolved as a multiethnic farming region, with Indians, Europeans, and emancipated African Americans living side by side.

Moreover, owing to the absence of investment capital, the industrialization of the North might have been slowed. Could this have changed the outcome of the two twentieth-century world wars?

Without a thriving institution of slavery, there may have been no Republican Party of 1854, or President Abraham Lincoln or secession of the Southern states or President Jefferson Davis. Imagine a bucolic rural scene—the kind that inspired landscape painters in eighteenth-century France and England—and you may have the idealized picture of an American South without cotton.

Ultimately, it was the muscular capital generated by the South’s massive, slave-based cotton economy that helped finance the industrial might of the North, which greatly aided it in defeating the Confederacy and abolishing slavery. Surely this is one of history’s ironies. 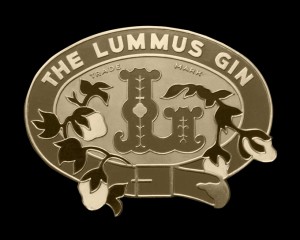 An important piece of that history comes to rest on a spot of land in Chatham County, commemorated solely by a historical marker as Mulberry Grove plantation, the place where Whitney transformed the cotton economy.

The story of the cotton gin is a reminder of the role of singular events in human history, the place of accident (what the scholar Nassim Nicholas Taleb calls “black swans”), the consequences of intended as well as unintended acts, and the connectedness of all things.

Imagine the United States and the world today if Whitney had not made his journey to Georgia.

Ask yourself: What am I doing that may affect the course of history?

Previous Article
As more walkable places emerge, Atlanta is ‘becoming a really cool city’
Next Article
Georgia State is one of the most diverse universities in the country