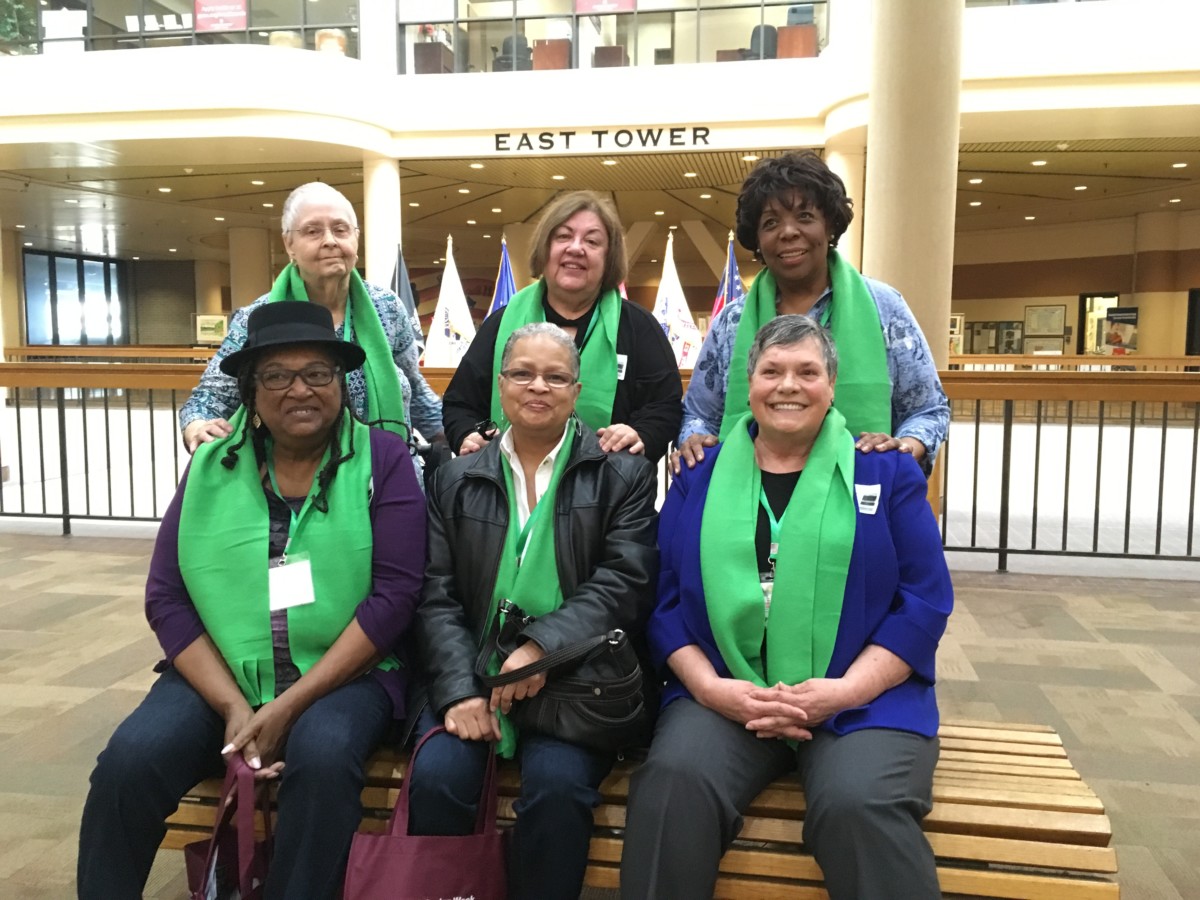 Members of The Oaks Resident Advocacy Group, pictured in a state office building en route to the Capitol on Wednesday. They're among the few hundred folks who have come to the state Capitol in Atlanta to advocate for seniors this year. Credit: Maggie Lee 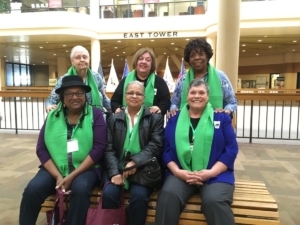