‘If Beale Street Could Talk’ – a quietly poetic, yet courageous, movie 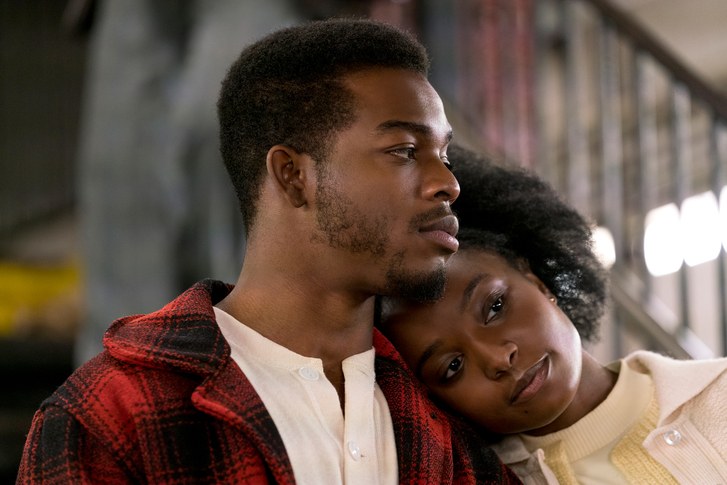 “If Beale Street Could Talk” is the sort of nice movie you’d like to take home and introduce to your parents.

That doesn’t mean it’s a movie about nice things. Racism, poverty, rape, teen pregnancy, bigoted cops – all are part of the mix. No wonder. The movie is based on a 1974 novel by James Baldwin.

And the world according to Baldwin is neither a nice nor a just place. 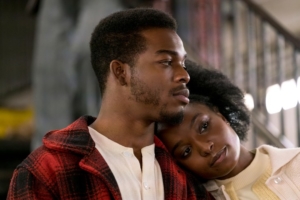 A scene from “If Beale Street Could Talk”

Given the way things are in ‘70s Harlem, he’s pretty much right. That said, his protagonists, 22-year-old Fonny (Stephan James) and 19-year-old Tish (KiKi Layne) are beyond nice. They are small emblems of hope, optimism and happiness in an otherwise unfair environment.

Friends since they were kids, and now more recently lovers, the pair plans to get married. But before they can, Fonny is thrown in jail, wrongly accused of rape and targeted by a race-baiting white cop. At about the same time, Tish discovers she’s pregnant.

So much for hope, optimism and happiness.

At least Tish has the support of her family — wise mom (Regina King), gently jovial dad (Colman Domingo), and spitfire sister (Teyonah Parris). Fonny’s dad (Michael Beach) is a laid-back good guy, but his church-going sanctimonious mother (Aunjanue Ellis) is anything but. At one point she all but calls Tish an opportunistic little slut.

Much of the movie is told in flashback, as we get to know Fonny and Tish and the challenges they face. Race informs everything, whether they’re looking for a place to live or the way Tish, who finally lands a job at a perfume counter, is treated by the white male customers. 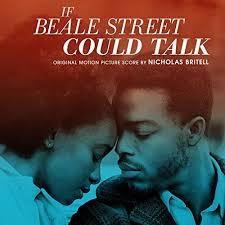 “If Beale Street Could Talk” poster

James and Layne (amazingly, this is her film debut) are lovely together. You believe in them individually and you believe in them as a couple. But they are often upstaged by the other characters, especially King who just earned a Best Supporting Actress nomination.

“Beale Street” is suffused with director Barry Jenkins’s trademark lyricism, which rightly won him an Academy Award for “Moonlight.” But it may not be the best match for Baldwin’s material. Jenkins deals in tone poems; Baldwin deals in passion. Overall, the movie feels too quiet, too benevolent.  Somehow, the narrative drive is lost.

Still, Jenkins is the sort of filmmaker who can’t help but honor his source. Bits of Baldwin’s estimable bite occasionally break through. For instance, as they pursue their apartment hunt, Fonny sighs, “Man, this county really does not like n***s. They’d rent to a leper before a n***.

“If Beale Street Could Talk” isn’t an entirely successful movie. It can’t touch “Moonlight.” But in its quietly poetic way, it’s a hugely courageous one. And that counts for a lot.