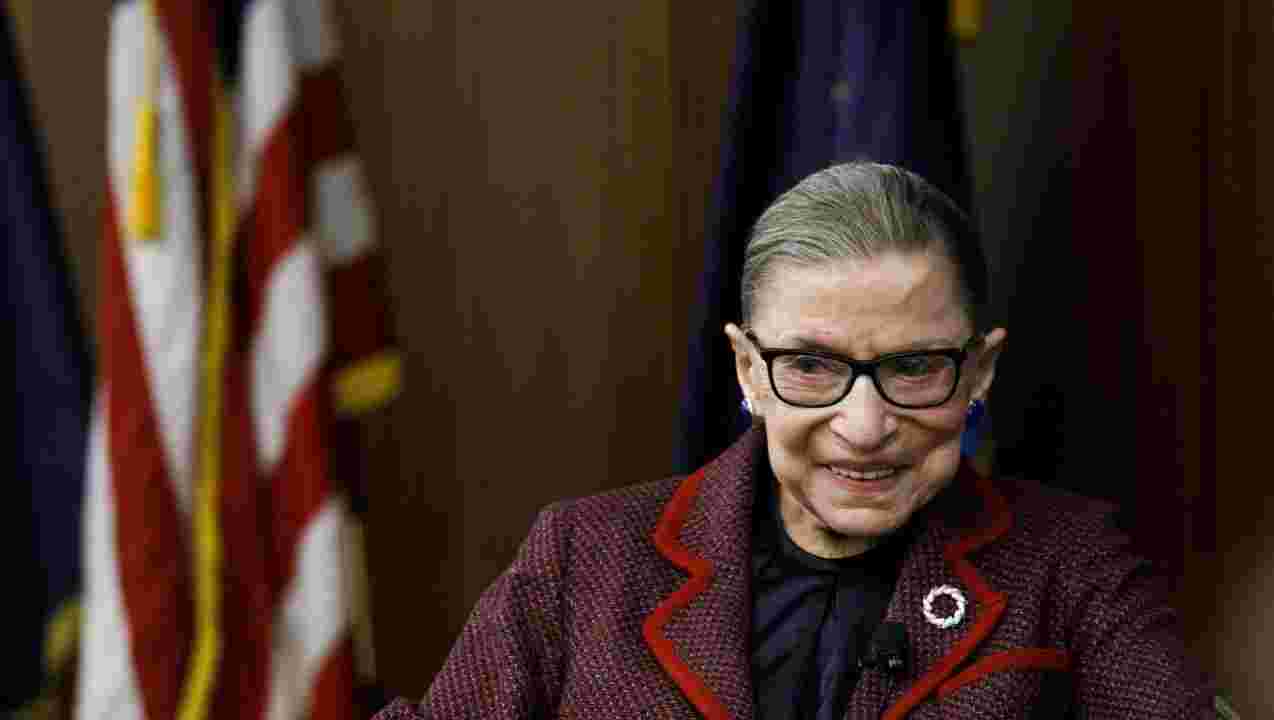 Score one more for the wretchedness that is 2020.

This past weekend, the seemingly indomitable Ruth Bader Ginsburg finally lost her long battle with cancer. She died at age 87, leaving behind her an immense legacy and, alas, a Supreme Court in play. While the media and the politicians debate how her spot will be filled, I’d like to celebrate her presence, not her absence. To that end I asked our own iconic presence (and Saporta Report namesake) if I could reprint my reviews of two movies about Ginsburg.

Both were released in 2018, with the documentary “RBG” hitting theaters first (early May), followed by the fictionalized biography, “On the Basis of Sex” in December. And both are now available on Amazon Prime (the latter through Showtime). 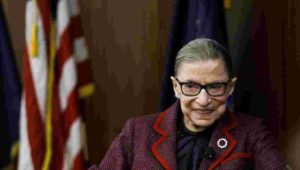 It’s worth noting how well the two films complement each other. Originally, “RBG” had a certain advantage by being the first out of the gate. But seeing both together (double feature time!) makes an interesting – and informative – contrast.

The documentary provides an invaluable outline. I had no idea how hard it was for a female attorney just a few decades ago. Nor did I know how much she accomplished on behalf of women’s rights. It has pointed out she did for women what Thurgood Marshall did for African-Americans.

The fictional film, which concentrates on her early, pre-Supreme Court years, gives an emotional heft to her accomplishments. It’s one thing to learn from “RBG” that as recently as 1959, A-List law firms felt perfectly comfortable saying they didn’t hire women. It’s quite another to see it dramatized.

So here, from 2018, a pair of movies celebrating the remarkable life and considerable legacy of Ruth Bader Ginsburg.

Did you know that in 1970 – 1970 – a pregnant woman could be fired by her employer? Or that a woman needed her husband or her father to co-sign her application for a credit card? And don’t get me started on laws about marriage and rape.

As a lawyer and a judge – the movie gives a shout-out to President Jimmy Carter for appointing her to the bench – Ginsburg followed a strategy that likened gender rights to civil rights. In one of her earliest cases, she works on behalf of an Air Force pilot who discovers that, unlike her male colleagues, she’s not entitled to a housing allowance. The attitude was, the pilot says with some astonishment, you’re lucky we even allowed you to be here.

A few years later, turning inequality on its head, so to speak, Ginsburg takes (and wins) the case of a man who, after his wife dies in childbirth, is denied Social Security benefits granted widows. She’s able to convince the all-male Supreme Court that gender-based discrimination hurts everyone. (She is composed enough to ignore Justice William Rehnquist’s quip, “You won’t settle for Susan B. Anthony on the dollar?”)

The movie is especially compelling as a kind of postcard from a too-recent and much-too-scary past. Ginsburg is one of 9 females in a Harvard Law School class of 500 men. Even then, the dean wonders why these women want to take a place away from a man.

And if “RBG” is a love letter to Justice Ginsburg, it is also an unabashed celebration of her 56-year marriage to a man who loved her both wisely and well. You sense that, perhaps, here is why this otherwise reclusive woman would agree to ”RBG” in the first place. Marty Ginsburg is as much of an ahead-of-his-time hero as his wife

Which of the following was the reason Ruth Bader Ginsburg was turned down by a dozen Manhattan law firms in the late’50s, after graduating at the top of her class from Harvard and Columbia?

As late as the 1970s, a woman could only get a credit card in her husband’s name and while that may not be as onerous as not being allowed to sit at a lunch counter, the implication is the same. You are somehow less than fully human.

“On the Basis of Sex” is the unwieldy and rather dull title of a new film about her early struggles. The movie begins in 1956 with a procession of fresh-faced young men in identical dark suits and skinny ties. Suddenly, there’s a flash of color — a glimpse of a blue skirt. It is Ruth (Felicity Jones), one of nine women in the incoming law class of several hundred. That they are less than welcome is made immediately clear. The Law School’s Dean (Sam Waterston) invites the “girls’ to dinner and goes around the table, asking each why they are “occupying a place that could’ve gone to a man.”

Those who caught last summer’s excellent documentary, “RBG” already know this story. In fact, they may already know a lot of what director Mimi Leder shows us: Ginsburg’s amazing, ahead-of-his-time supportive husband Marty (Armie Hammer); the rough patch they faced when he got cancer and she attended classes for both of them; the law establishment’s resistance to a woman, etc.

But there is some new information as well. After all those rejections, Ginsburg got hired at Rutgers, mostly because they were trying to replace an African-American professor and when they couldn’t find one, they figured a woman was almost as good. She teaches a course in gender and the law which, she sardonically points out, many of her colleagues consider the same as “teaching the rights of fairies and gnomes.”

We learn about the scarily dismissive way that women’s rights were treated by the ACLU. And we witness, in pretty good detail, the case on which Ruth and Marty collaborate to put gender equality front and center. Shrewdly, they choose an instance where a man is facing discrimination that he wouldn’t as a woman. (a matter of at –home caregivers and tax breaks).

We need to hear about what it was like to be a second-class citizen because of your gender as recently as the early ‘ 70s and what it took – by someone as remarkable as Ginsburg – to change that.

As the judges in the case state over and over, men going to work and women staying at home is the natural order of things. It’s been so for thousands of years; it should remain so.

But, Ginsburg insists, these men (and they are all men) are upholding the traditions and morality of an America that no longer exists. “The word ‘woman’ doesn’t appear in the Constitution,” sneers one judge, to which the Supreme-Court-Justice-To-Be replies, “Nor does the word ‘freedom.’”

You didn’t mess with Ruth Bader Ginsburg. Hopefully, no one will mess with the rights she fought so hard to obtain.