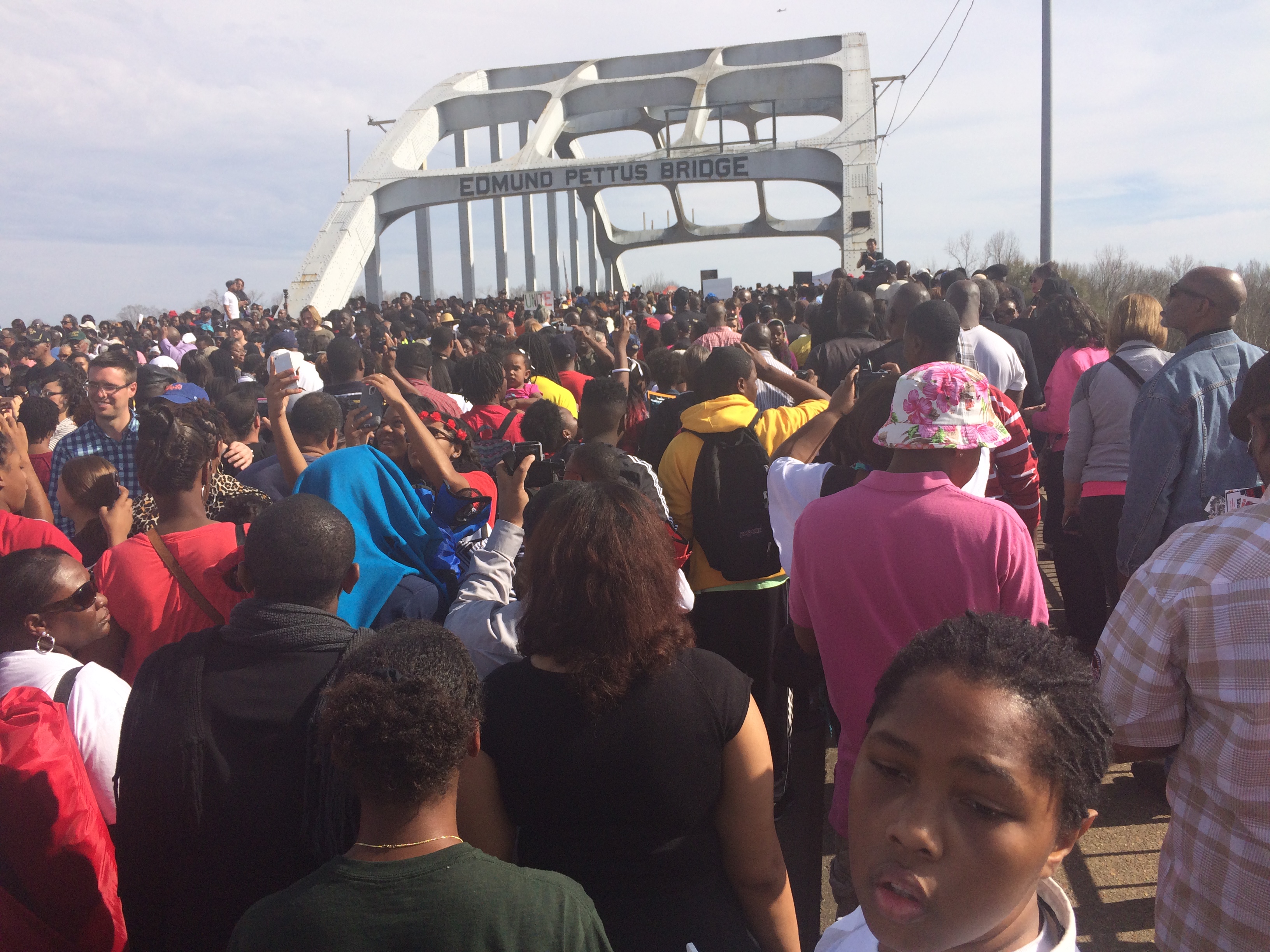 SELMA – Thousands of people over the weekend descended on this small Alabama town with a population of less than 20,000.

Never before had Selma attracted these kind of crowds for the annual commemoration of Bloody Sunday – the re-enactment of the Selma-to-Montgomery March of 1965.

But this year, it was estimated that more than 60,000 people joined President Barack Obama on Saturday for the actual 50th anniversary of the March. And then on Sunday, the crowds were at least as large – literally tripling the population of the town. 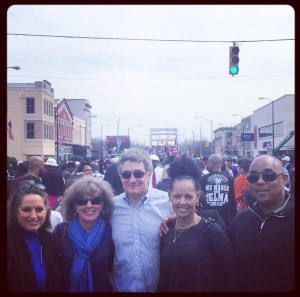 So what made 2015 the year that so many people decided to come to Selma?

Was it the movie “Selma”? Was it the 50th anniversary? Was it President Barack Obama? Or was it a combination of all of the above?

Driving into Selma from Montgomery on Sunday morning, there were cars with license plates from all over the country. Everyone seemed drawn to Selma as part of a power greater than any one individual.

There were signs for justice; signs for voting rights; signs to end violence and police brutality. There were people who wanted to change the name of the Edmund Pettus bridge so it would honor someone more politically correct in 2015. 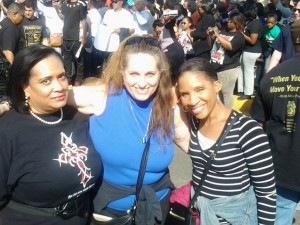 Janet Prioleau, Maria Saporta and Karlise Grier of the Atlanta-Fulton County League of Women Voters on the Edmund Pettus Bridge

But mostly people just seemed to want to be there – to walk across the bridge – to be part of the sea of humanity – and to feel as they were sharing a common history.

Despite the masses and the crowded conditions, the mood was pleasant and harmonious on a relatively warm winter day.

Looking up and down Broad Street, it was easy to look past the poverty that weighs down the town during the remaining 363 days of the year. This was a time to believe in the power of change. It may have been voting rights 50 years ago. Today – voting rights continue to be an issue – but now the focus has turned to the disparities between the rich and poor – and how all too often those disparities parallel the great divide between the races. 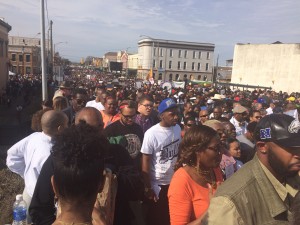 During Sunday’s March, the links between Atlanta and Selma were undeniable. Everywhere we turned, we saw friends from Atlanta. John Lewis, the symbolic flag-bearer of Selma’s struggle, is the Georgia Congressman from Atlanta.

Sheffield Hale, CEO of the Atlanta History Center, and his wife, Elizabeth, have a farm 30 miles west of Selma – and the Hale family roots stretch deeply in the Alabama soil. Michael and Lovette Russell were guests of the Hales. Throughout the afternoon, as we ran into other friends from Atlanta, Sheffield Hale offered historical annecdotes of how this Sunday was different from other annual tributes to the Selma-to-Montgomery marches. 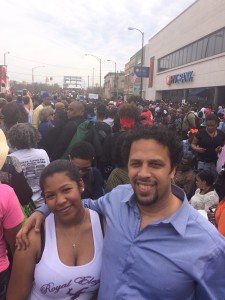 If there had been any hope of a scheduled beginning or end, or if there had been a planned method for people to walk across the bridge and back – all such plans were discarded as people just ended up creating their own pace and paths over the Alabama River.

There was Maynard “Buzzy” Jackson – the son of the late Atlanta mayor, who was there with his wife and his children. There was former Spelman College President Johnnetta Cole; and there was Edward Jennings, the regional administrator for the U.S. Department of Housing and Urban Development.

As all anniversaries, March 8, 2015 was a marker of how far we have come – and how far we still need to go before we realize the full potential of a society where everyone has an equal opportunity to succeed and prosper. 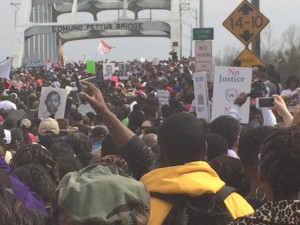 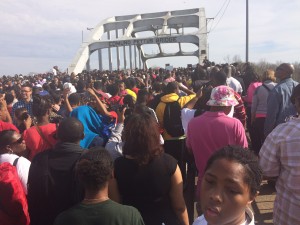 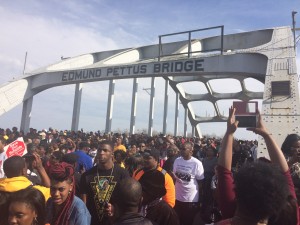