In the aftermath of 9/11, different versions of the “new normal” 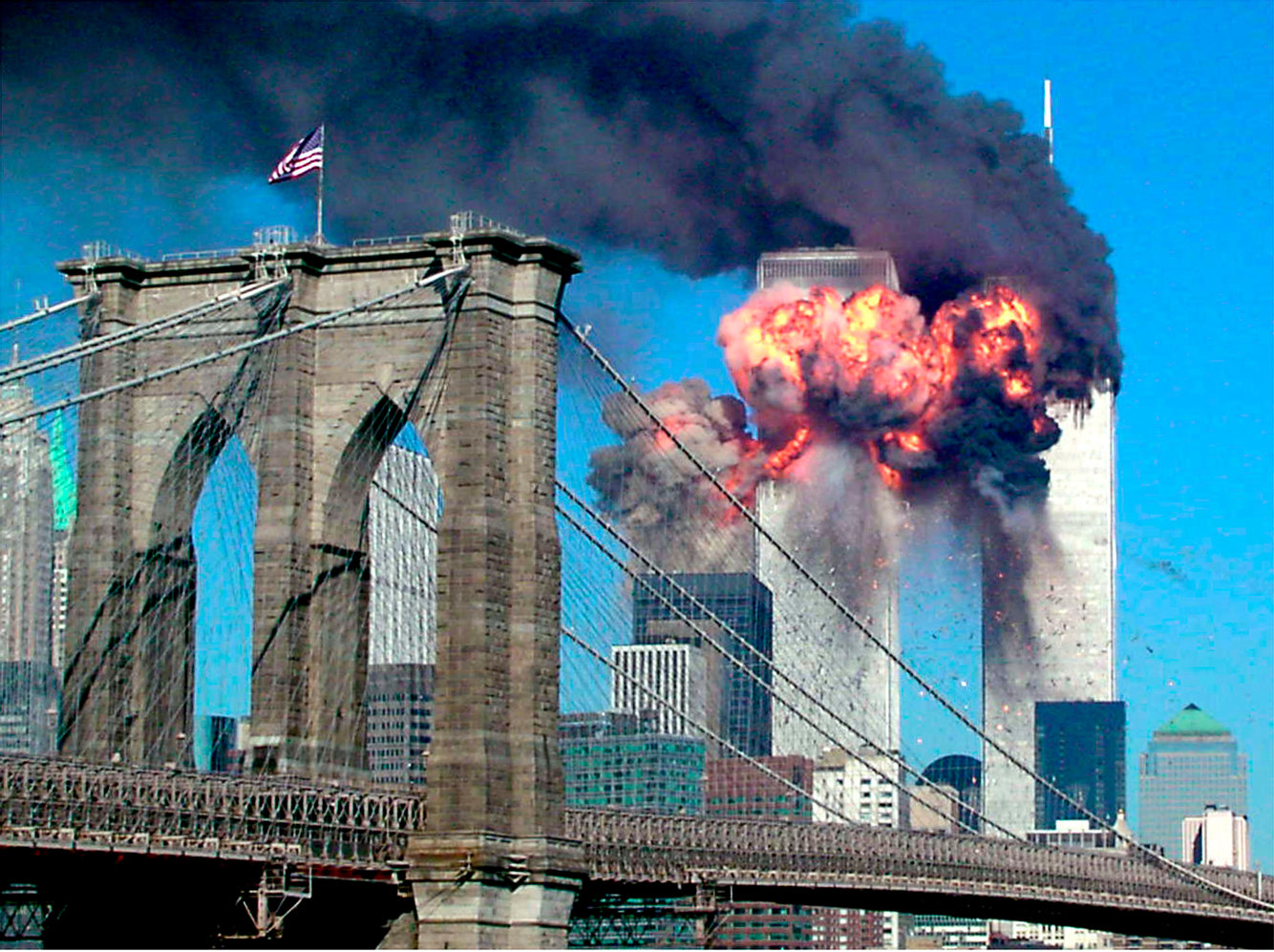 Command Sgt. Maj. Timothy A. Bolyard, who enlisted straight out of high school in West Virginia, had already been in the Army for seven years when Al-Qaeda terrorists attacked the United States on Sept. 11, 2001.

By the time of his death last week  in Afghanistan, Bolyard had served 13 overseas deployments, including seven deployments in combat zones, and been awarded six Bronze Stars. As seasoned in war as any soldier in the Army, he was killed in an ambush by two supposedly friendly Afghan policemen.

Bolyard and Staff Sgt. Diobanjo Sanagustin, who died in a non-combat incident the following day at Bagram Airfield, are part of the final trickle of casualties — hopefully — in the war ignited by that attack 17 years ago. Sanagustin, of National City, Calif., was in his third deployment.

Shortly after 9/11, the expression “new normal” came into vogue. It was supposed to describe the new regimen of measures everybody was going to have to get used to as the nation adjusted to the terrorist threat.

For some, like these soldiers and their families, the new normal turned out to be years upon years of war. At some point in the next year, the war in Afghanistan will surpass the war in Vietnam as the longest in the nation’s history. It has lasted so long that its echo war in Iraq, the nation’s fifth-longest, was begun and ended while it was going on.

For most, the new normal has meant being required to take off your shoes and belt at the airport, as well as the occasional round of applause for arriving or departing military. For a brief time after 9/11, the attacks seemed to be reuniting Americans after the fractious years of the Clinton impeachment and the disputed 2000 presidential election.

Instead, the new normal has meant jarring new differences in the everyday experience of being an American, which the winding down of the war will not resolve. Since its inception the country has struggled with how best to care for its veterans; these long wars sparked by 9/11 have presented new challenges that will last another generation.

It would have been better if the phrase had been coined six years earlier, when domestic terrorists brought down the Alfred P. Murrah Federal Building in Oklahoma City. That was the real emergence of the new normal: One in which a very small group of individuals, motivated by causes domestic or foreign, can wreak enormous havoc and capture the attention of the world.

Newt Gingrich remarked not long after the 2001 attacks that the truly frightening thing was that something so “tiny” could shake the nation to its core. There was something very true about that. The 9/11 attacks, devastating as they were, simply recapitulated Oklahoma City on the national media’s doorstep. They were an attack on the nation’s psyche which left intact the nation’s vast ability to retaliate.

In the wake of 9/11 there has been massive retaliation, with the loss of more Americans than were lost on that day. There has been no terrorist attack on our soil on a similar scale, as was widely expected at the time. That must be due in part to the diligence of our Department of Homeland Security and other government agencies, but it’s also because terrorism has in effect grown tinier and tinier.

The new normal hasn’t been dirty bombs or even more spectacular airplane highjackings. The new normal has been lone wolf attacks, random acts of mass violence which capture enormous media attention for a news cycle or two. Sometimes the lines between domestic and international terrorism have been blurred, as in Orlando and San Bernadino, and gradually they have become regarded as beside the point. The Islamic State’s news agency took credit for Stephen Paddock’s attack on Las Vegas concertgoers in 2017, which with 58 fatalities was the worst act of terrorism since 9/11. But no one took that seriously.

By now even the word normal seems quaint. The rise of Donald Trump has a lot to do with a desire to turn the page from the era which gave birth to that phrase, and the daily convulsions of his administration are causing it to fade into the past. Nobody expects normal anymore.