An initiative to preserve family-owned farmland and keep it growing food in metro Atlanta has won two grants in the past month that total $5 million – one from the federal government and one from an organization launched by Lt. Gov. Geoff Duncan. 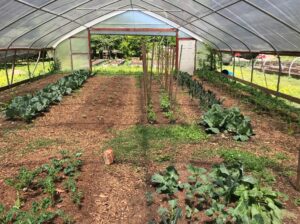 This garden near Morehouse College is not affiliated with the Working Farms Fund, but is another model for growing food in a city that’s fostered by the non-profit organization Truly Living Well. Credit: Kelly Jordan

The Conservation Fund has been working for several years to develop its Working Farms Fund, which is said to be the first of its kind in the nation. The two grants affirm the concept that’s being tested in metro Atlanta and Chicago. The Conservation Fund’s leadership hopes to expand the program into other cities.

Grants were provided by the Partnership for Inclusive Innovation and the U.S. Department of Agriculture:

At its core, the Working Farms Fund is financial mechanism that intends to keep small farms producing food. It starts with the recognition that heirs of owners of small farms may be hard pressed to not sell their land for development because of the profit created by the change in land use from agriculture to residential or commercial. The Working Farms Fund hopes to provide an alternative that can make economic sense to some of these heirs. 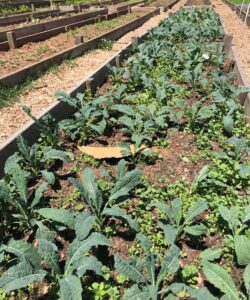 This creative financing evidently caught the attention of the Partnership for Inclusive Innovation. The name suggests high tech projects. But it also has room to support programs that retain small farms in big urban areas, according to the lieutenant governor, who launched it in 2020 to foster Georgia’s position as the tech capital on the East Coast. Former Georgia Tech President Bud Peterson chairs the board.

Duncan said in the statement:

This is how the partnership described the concept behind the Working Farms Fund: 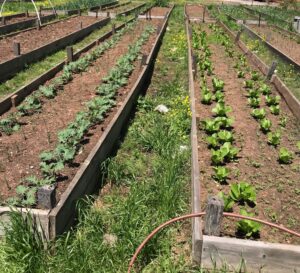 Conservation easements were established by Congress to preserve land or buildings for uses including outdoor recreation, protections of habitat or protection of open space. The easements are permanent and are to be made with a charitable intent. Qualified farmers and ranchers are eligible for a special 100 percent deduction, according to IRS regulations.

This is how the Working Farms Fund was described in the USDA award: