Inside the election bubble: Could these be the craziest days since 1946? 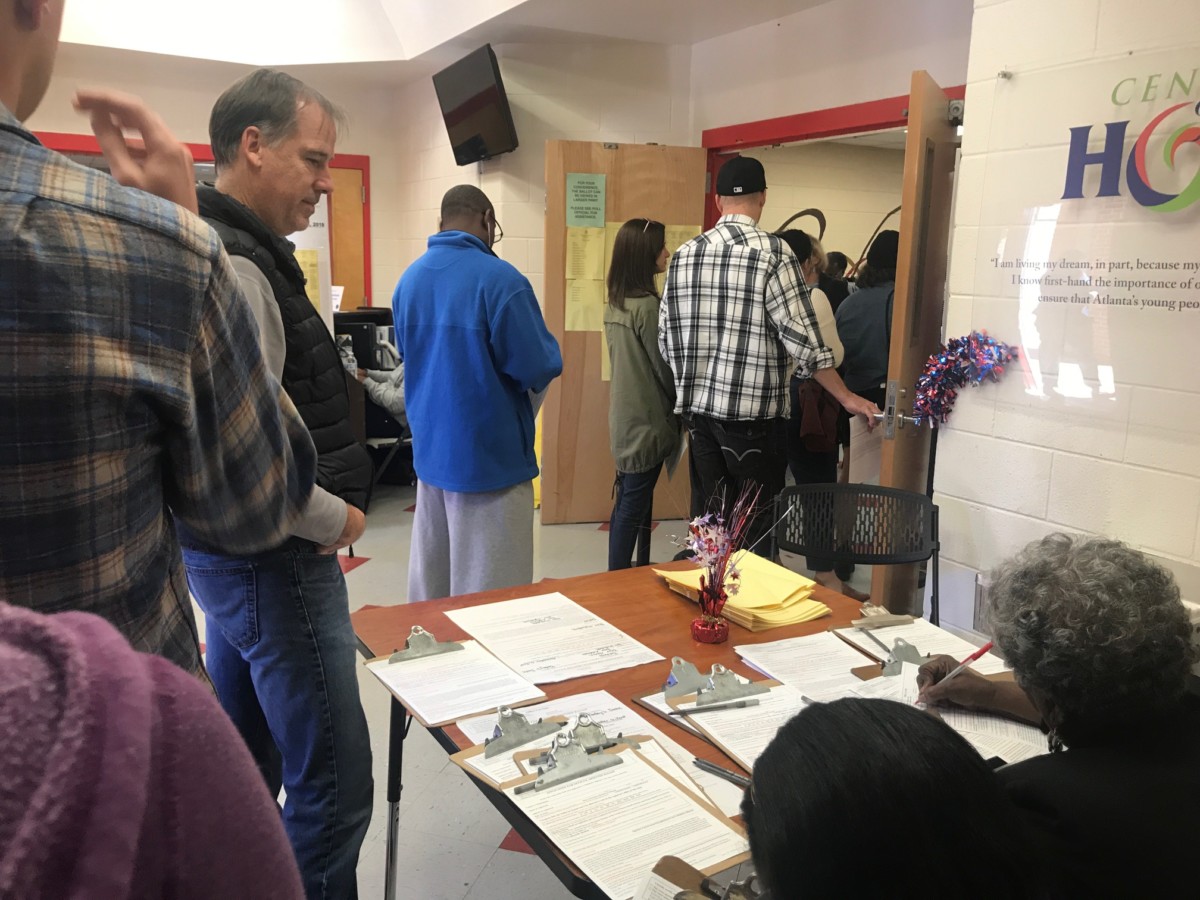 On this bubblicious morning in Georgia, as we wait for the polls to open again, we might want to brush up on the famous “three governors controversy,“ which the New Georgia Encyclopedia has described as “one of the more bizarre political spectacles in the annals of American politics.”

The closing days of this year’s governor’s race don’t equal that description of the standoff which ensued in 1946 after the death of Gov.-elect Eugene Talmadge, but they’ve been the closest thing since. And this election may be a long way from over.

In 1946, African-Americans and Republicans didn’t matter, governors served non-consecutive terms and lieutenant governors were a recent innovation. When Talmadge became ill before his election to his fourth in-again, out-again term, nervous allies in the General Assembly saw to it that his son, Herman, got some write-in votes so the legislature could elect him in a special session as his father’s successor.

Melvin Thompson, who had just been elected the state’s first lieutenant governor, disputed the reading of the State Constitution being pressed by the Talmadge allies and Ellis Arnall, the outgoing governor, decided to hang on in office until the matter had been settled, prompting the Talmadge allies to change the locks on the office doors.

Secretary of State Ben Fortson played a key role in the tense standoff, which stretched into 1947. He hid the Great Seal of Georgia, without which the governor technically couldn’t preside, in his wheel chair until the Georgia Supreme Court ruled in favor of Talmadge.

Circumstances are different this year, with a totally different cast of characters. But suppose the election comes out as close as the polls predict, that it heads into a runoff after all the accusations which have been thrown around in the past couple of days. Imagine lumbering toward a Dec. 4 election day with the national media at high fizz and both sides suing each other.

For that matter, suppose it isn’t close. Suppose Stacey Abrams or Brian Kemp wins by a few more points than expected. Would the losers on either side believe it?

Pundits speak of bubbles these days, but this fall Georgia has been the bubble state. The Georgians who waited late into the night Friday to vote at the Ponce de Leon Library in Atlanta would have a difficult time accepting a clear Kemp victory, and the Georgians who stood in line for Kemp’s appearance with President Donald Trump in Macon Sunday would be stunned if Abrams won comfortably. That’s what is so dangerous about these days, dangerous not only in terms of some kind of violence in the short run, but even more so in terms of the long-term political stability of the state.

In the midst of this charged atmosphere, Kemp announced Sunday he was asking authorities to investigate an attempt by the Georgia Democratic Party to hack into the state voter rolls, one day after the exchange of emails which was the basis for the charge. His campaign then put out a release celebrating it.

“In an act of desperation, the Democrats tried to expose vulnerabilities in Georgia’s voter registration system. This was a 4th quarter Hail Mary pass that was intercepted in the end zone,” the release said.

That sounds accurate, except for the direction of the Hail Mary pass.

Kemp at first gave no evidence for his claim. Later a Kemp aide released the name of an Abrams campaign volunteer to reporters in a text message, saying the FBI was looking for information about her. The Democrats quickly released emails which appeared to show the volunteer’s most suspicious action was passing along an email received from an activist outside the campaign to the person responsible for following up on such matters in the proper way.

Leaving aside the hastiness of the announcement, the failure to alert other election officials or the Abrams campaign, the shallow evidence and all the rest of it, releasing that woman’s name in the midst of a very heated political campaign was a reckless act. It put her in danger of criminal harassment or worse. That was a true act of desperation, and desperation seems unusual for a campaign about to get the Trump bump.

A week after Election Day, the General Assembly is to meet in a special session called by Gov. Nathan Deal to provide funding for those parts of the state slammed by Hurricane Michael. Watch that space. Will we know then who the next governor will be? And what might the legislators — like those who rounded up the write-in votes for Herman Talmadge in 1946 — be thinking of doing about it?