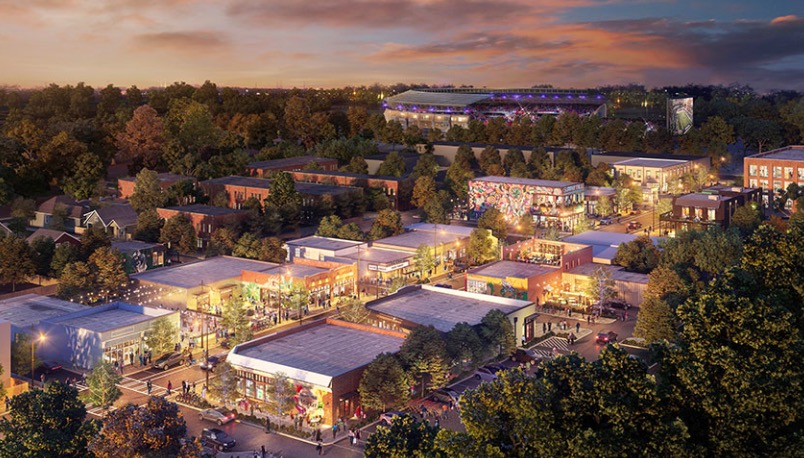 The first phase of Turner Field redevelopment looks to be on track for city bonds and tax abatements after votes by the board of Atlanta’s development authority.

Invest Atlanta’s board passed a pair of resolutions signaling their intent to issue bonds and offer tax abatements to a mixed-use project and a dorm. 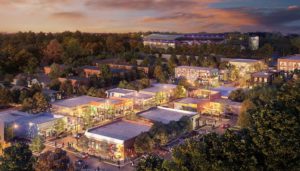 A drawing by Carter of their development plans for Georgia Avenue. Credit: carterusa.com

And some area residents showed up to say they’re not happy with the terms of the deals.

The two projects are:

The two deals combined include tax abatements worth $5.1 million over ten years. And both projects require a separate bond resolution vote. There is no set date for those votes.

Board Secretary Julian Bene voted against both inducement resolutions.

“On both of these, I think the issue is we’re asked to give a significant — several million dollars each — tax abatement. From my perspective we need to get a public benefit,” said Bene. He said he’s heard the argument that the public benefit is the fact that there will be millions in investments in an area that’s had no investment in years.

“I don’t think that that’s enough for giving these kind of concessions,” Bene said.

Bene made his comments just before the vote on the dorm. Mayor Kasim Reed, the board’s chair, spoke up in response.

“If you make a decision today and we lose right now, I can tell you as a person that’s in the room when we’re trying to recruit businesses to that sector and headquarters to that sector … that you’re going to damage the continued prospects for that corridor,” said Reed.

But a handful of area residents who came to the meeting weren’t happy.

Peoplestown resident and Coalition for Community Benefits activist Avery Jackson said that the resolutions should have talked about community benefits like permanent jobs and educational resources. Jackson also said the people who are most vulnerable to displacement don’t have a real seat at the table.

The board heard publc comment from several residents including Jackson after their votes.

Board Vice Chair Constance Barkley-Lewis voted for both deals and explained during the meeting that they were the topic of much research on her part and long conversations by board members. But she also said displacing residents is not something the board wants to have on its conscience.

She and other board members offered to meet with the residents who came to speak.