If this were the game show Jeopardy, the answer would be: “two and a half times.”

The question: “How much more in state taxpayer money does Georgia spend annually to keep someone incarcerated than it does to send a student to a public four-year university?”

That’s right. In fiscal year 2011, the average taxpayer-funded cost per inmate in a state prison was $16,250. That compared to $6,300 in state funding per full-time equivalent student at a University System of Georgia institution.

What’s more, fiscal year 2011 spending per prisoner went up on average of nearly $3,000 from the previous year while spending per college student dropped nearly $950. That’s a 23 percent increase for prisoners and a 13 percent decline for students.

And while college doesn’t guarantee someone will never go to prison, the odds are on the side of the educated person. In December 2012, 88.5 percent of state prisoners never went past high school (55 percent never even received a diploma). That compared to 9.8 percent who attended at least some college and only 1.7 percent who earned a degree. 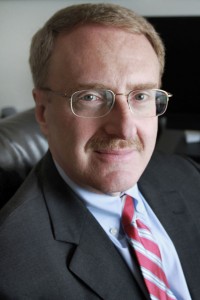 The point of this is that education needs to be seen as an investment that yields clear and measureable returns. Make the investment, and society and individual citizens will benefit. Don’t make the investment — and the reverse is true.

The question: “What were the unemployment rates of Georgia residents by education level during the recession?”

Stated directly, in a bad economy the biggest advantage a person can have in finding a job is a college education.

Jobs correlate to income. Consistently over the years, average personal incomes of Georgians with a bachelor’s degree have been double the average incomes of high school graduates. And salaries across a range of occupations from lab techs to auto mechanics to retail salespersons are consistently higher if a person finished college.

With the return on investment of education well established, some might now expect a call for greater state funding of higher ed or a plea that families do whatever it takes to send their kids to college. But neither of these directions seem realistic given today’s economic realities.

Circumstances today instead point to the need for higher education to embrace the wave of change that is already sweeping over it; to accelerate the pace with which it adopts new methods for delivering educational content; and to find innovative ways to more efficiently use the investments that individuals, families and society already make.

Thankfully, there are positive signs this is happening in Georgia.

Gov. Nathan Deal has joined the national effort known as Complete College, setting the goal that at least 60 percent of Georgia adults have some type of formal post-secondary certificate or degree by 2020 (the state is now at 42 percent).

University System and Technical College System campuses have developed plans addressing this goal, and private institutions are participating as well. Key to this campaign will be helping adults who have at least some college but no degree, find a path to finishing the coursework they need.

In addition, under the leadership of Chancellors Hank Huckaby and Ron Jackson, both systems are working together to more clearly define and align the roles each play.

For instance, both are collaborating to eliminate road blocks that in the past have hampered students from keeping their credit hours when moving from a technical college to a university. Agreements between individual institutions in each sector to help students complete college are also multiplying.

Georgia Tech and Emory University continue the historic evolution of their two-decade partnership in research and education, and the Georgia Research Alliance continues to facilitate cooperation among its members and is considering ways of involving other institutions.

Georgia Tech and Emory are also among the global academic leaders experimenting with content delivery through the rapidly exploding Massive Open Online Course (MOOC) movement. Georgia State is exploring how to assess and assign credit to its students who complete MOOC courses offered by other institutions.

Critically important, the business community is increasing its engagement through the new higher ed-business initiatives of the Metro Atlanta Chamber as well as the Georgia Chamber of Commerce’s ongoing support for a variety of programs that help citizens transition from school to college to career.

Certainly, much remains to be done to achieve a more educated Georgia in which the prosperity and well being of all citizens is improved.

But progress is being made in this direction thanks to state leaders and to innovative efforts by higher education to make smarter investments with available resources and to partner where possible. The pay-off from these efforts will accrue to each of us who call Georgia our home.

Note to readers: Before launching Cross Channel Initiatives, Gerber served for 14 years as president of the Atlanta Regional Council for Higher Education.

Click here for more information on how education benefits Georgians.

Click here for more information on Georgia’s Department of Corrections spending data and for prisoner information.