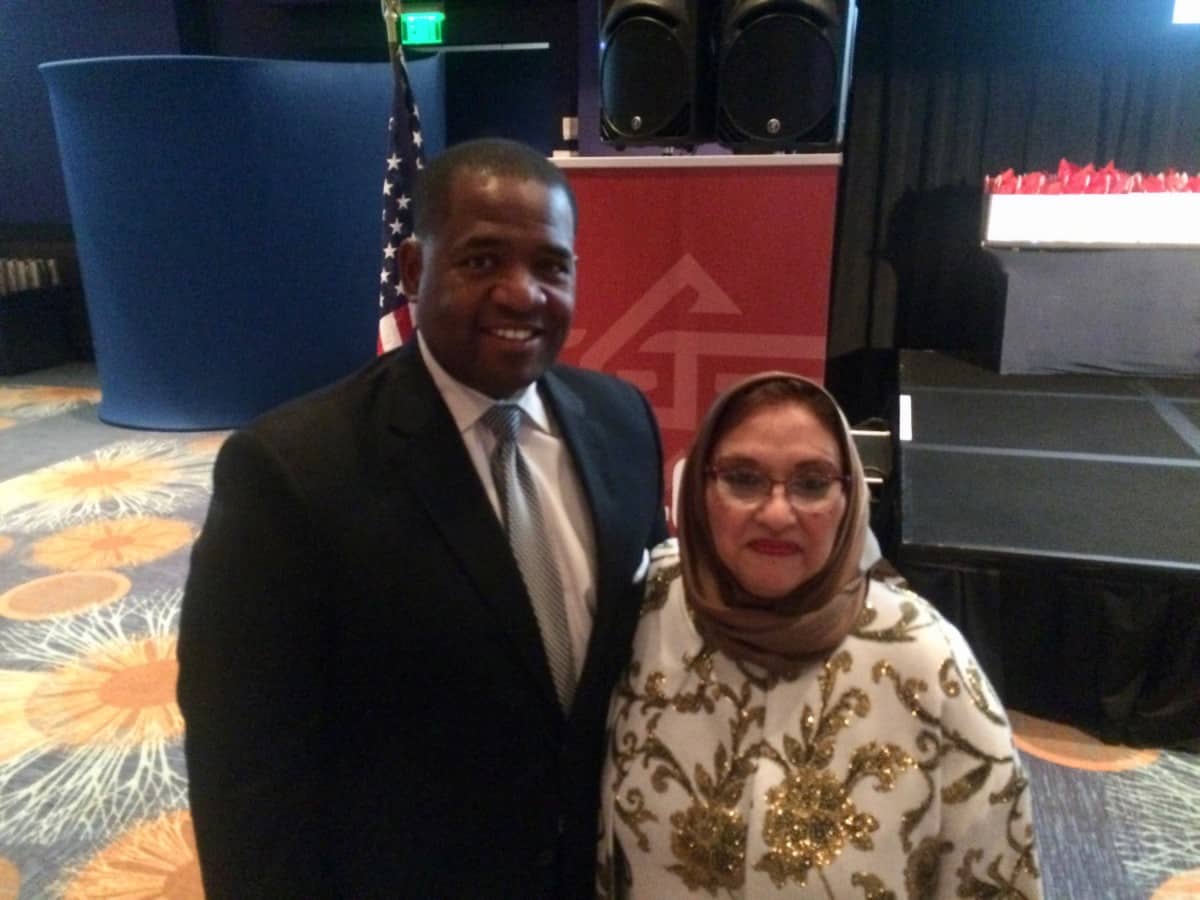 As Yusuf Islam (Cat Stevens) songs played in the background, the Georgia Aquarium witnessed one of the most diverse gatherings in its history Saturday night.

The Islamic Speakers Bureau of Atlanta was holding its 40 Under 40 Georgia Muslims dinner while also marking its 15th anniversary.

“I wish the world could see us tonight,” said Soumaya Khalifa, founder and executive director of ISB who is a force of nature. “We are the face of this country, and that’s how we look tonight.” 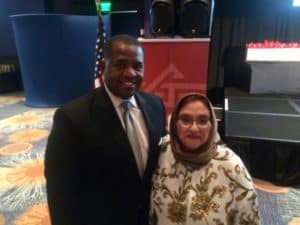 And then she made an obvious reference to Khizr Khan, whose son Humayn Khan was killed in Iraq in 2004. Khan addressed Republican nominee Donald Trump directly during his speech at the Democratic National Convention – openly questioning whether the billionaire had read the Constitution.

“Don’t worry, I’m not going to pull out a Constitution,” Khalifa said jokingly.

But in all seriousness, the night was the counterpoint to Trump’s stance on Muslims – an obvious undercurrent during the evening’s program.

Khalifa used the 15-year anniversary as an opportunity to talk about “then and now” for ISB Atlanta.

The organization was launched exactly one month for Sept. 11, 2001 as a way to build bridges between Muslims and the other people living in Atlanta. Then came 9-11, and the need for greater understanding among people of different races, religions and ethnicities has become increasingly more important.

“This has not been an easy road,” Khalifa told the gathering of hundreds at the dinner. “It started out as a simple idea to tell people about Muslims. I’m full of gratefulness and gratitude – grateful to be in a country that allows us to be who we are. Many of us here tonight chose to be Americans. Yes we are the greatest country in the world. But we have got to work hard to be even better.”

Again, ISB showed what kind of nation we can be. 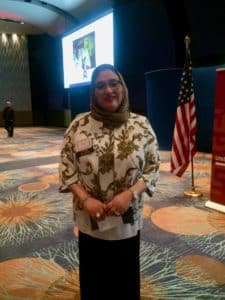 The presenters of the awards to the 40 Under 40 (actually 24 outstanding people under 40 were honored) also reflected the practice of inclusion.

Atlanta City Council President Ceasar Mitchell also was on hand to give the official greeting from the City of Atlanta.

One of the high points of the evening was when Dania Ibrahim sang a song she had written for the occasion. And then she asked everyone to sing along to John Lennon’s “Imagine.”

Yes, it was an evening for everyone present to imagine.

Note to readers: In the interest of full disclosure, I serve on the Advisory Council of ISB Atlanta. 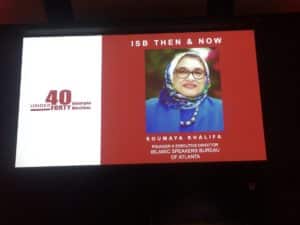 Slide from ISB Atlanta’s 40 Under 40 event