‘Isle of Dogs’ – amazing looking movie that gets bogged down 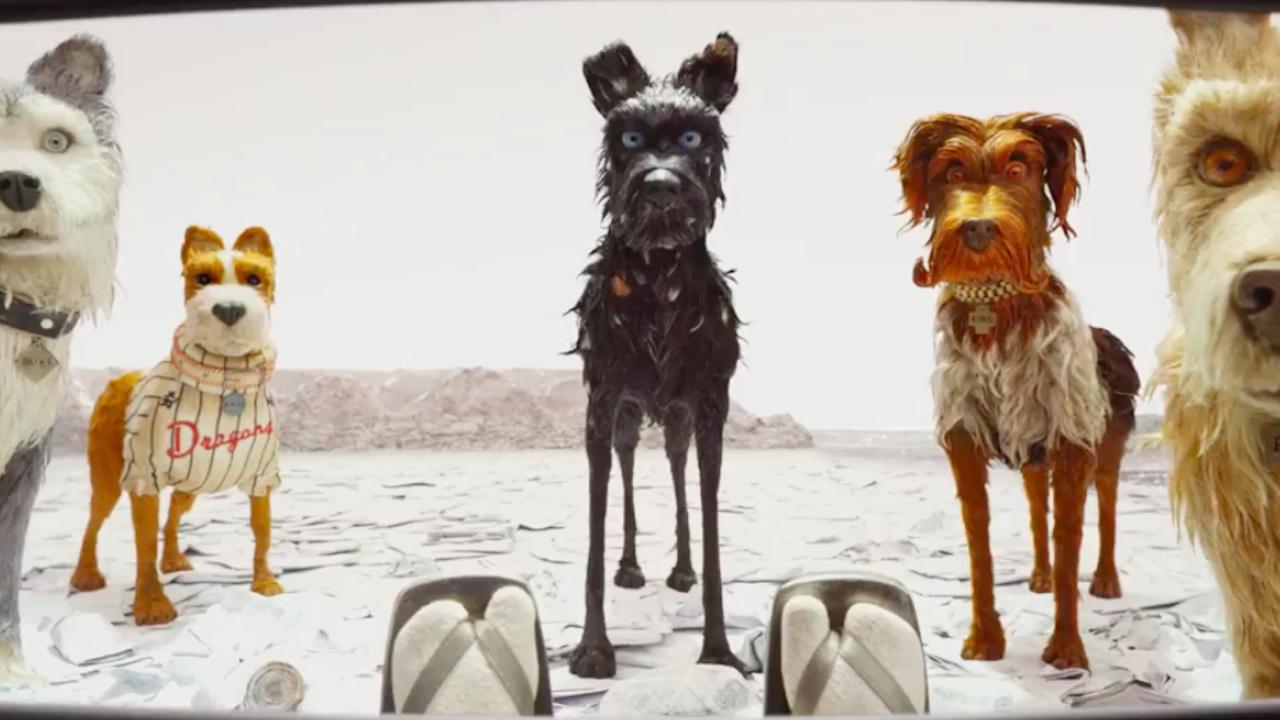 A scene from 'Isle of Dogs'

If you’re the sort of dog lover who choked up when Lassie came home, “Isle of Dogs” may not be for you.

If, however, you are an ardent fan of all things Wes Anderson, well, this movie is about as Wes Anderson as it gets.

Best known for such live-action features as “The Royal Tannenbaums,” “The Grand Budapest Hotel,” “Moonrise Kingdom” and “The Life Aquatic with Steve Zissou,” Anderson also made a rather fabulous stop-motion animation called “The Fantastic Mr. Fox.” 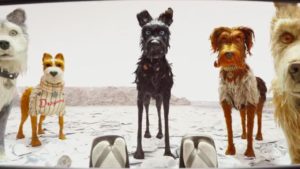 A scene from ‘Isle of Dogs’

“Isle of Dogs” is a return to that peculiar art form (for further illumination, see Tim Burton’s “The Corpse Bride” or anything by the master, Ray Harryhausen).

Narratively, however, it chases its own tail, somehow managing to be both molasses-slow and annoyingly over-busy.

Mayor Kobayashi, a dog-hating autocrat, comes up with a plan to rid Megasaki City of all canines. He creates a deadly doggy flu that means all dogs must be banished to nearby Trash Island which is little more than a garbage dump with an ominous post-nuclear vibe.

What the Mayor hasn’t counted on is his 12-year-old ward, Atari, a distant relative he adopted for PR purposes.  Atari wants his dog Spots back and to that end, he flies to the forbidden island (Nice touch: he’s called “The Little Pilot,” an echo of “The Little Prince.”)

Anyway, once there, Atari’s helped by a trio of lovable mutts (voiced by Bill Murray, Edward Norton, Jeff Goldblum) and, more reluctantly, by their leader, Chief (Bryan Cranston), who isn’t really into humans.  As far as he’s concerned, they can fetch their own damn sticks.

Meanwhile, back home, a feisty exchange student (Greta Gerwig) thinks there’s something fishy about the Mayor’s anti-pooch policy. She starts organizing a protest to get to the bottom of things. 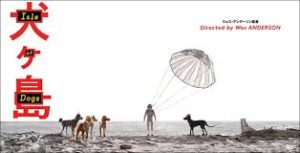 Poster of ‘Isle of Dogs’

All of the above could pass as a plot summary, except… there is so much else going on. Frankly, too much else.

Deadly robo-dogs. Cannibal dogs.  Sumo wrestlers. Death by poisoned wasabi. A Kabuki theatre company that acts out Atari’s disappearance. And when characters scuffle, the ensuing dust-up is a dust-cloud of arms, legs, assorted extremities, etc.  Actually, it’s a rather clever homage to Looney Tunes, where something similar would happen when Bugs Bunny and Elmer Fudd didn’t get along.

Then, a good hour-plus into a movie that’s already feeling mega-bogged down, Anderson offers us an anime kidney transplant.

Yes, you read that right.

True, you have to admire the sheer brio, the sheer inventiveness, the sheer unabashed eccentricity and audacity. But it’s too showy — and self-indulgent. And it fatally slows down a movie that already feels empty and a bit wag-the-tail, i.e., the concept is wagging the narrative, though that tends to happen in every Anderson film, even the ones without dogs.

One other, um, bone to pick with “Isle of Dogs” — its gender politics are pretty appalling. Aside from Gerwig and brief cameos by Frances McDormand (she of the “inclusion rider”) and Tilda Swinton (pretty funny, actually, as a prophecy-dispensing pug), the major female presence is a sexy, um, bitch named Nutmeg (Scarlett Johansson). A former show dog (natch), she’s sort of the canine equivalent of the elusive blonde in “American Graffiti.”

On the other hand, Nutmeg does get one of the kindest, dog-loving-est lines in the entire movie. When Chief growlingly demands to know why he should help Atari, she matter-of-factly replies, “Because he’s a 12-year-old boy. Dogs love that.”