It Could Happen Here 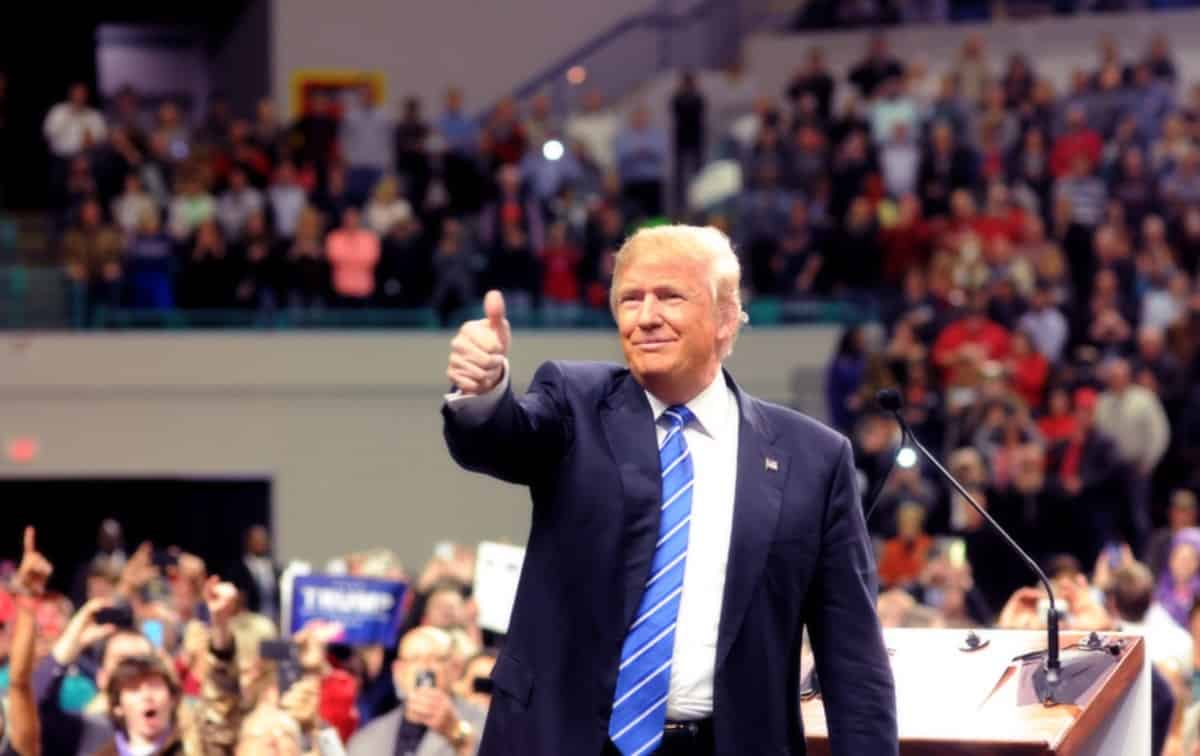 By Guest Columnist MARK PENDERGRAST, an Atlanta native and author of “For God, Country and Coca-Cola,” and other books

I am afraid of Donald Trump.

And I am appalled that a sizable number of the American voting public – at the moment over 40 percent, despite the latest revelations of his grotesque remarks about women 11 years ago – thinks he would be a good selection as the next president of the United States. 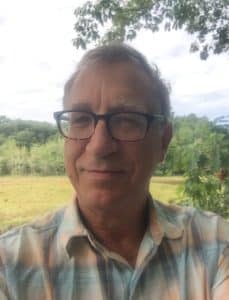 And I am terrified that he might actually win, despite the manifestly obvious fact that he is a bully, a sexist, a narcissist, a racist, a xenophobe, and that he has very little in the way of brains or plans, other than to build walls, expel illegal “aliens,” and lock people up. Just listen to him speak. He doesn’t make logical points. He just rants and repeats phrases. His self-satisfied mug and his broad gestures remind me in an uncanny way of Adolf Hitler, or perhaps more Benito Mussolini – il Donalde.

When I was a teenager growing up in Atlanta, I read It Can’t Happen Here, a 1935 novel by Sinclair Lewis, who is best known as the author of Babbitt and Main Street. The protagonist of the novel is Doremus Jessup, a small-town newspaper editor who stands up to the newly elected presidency of Berzilius “Buzz” Windrip, a populist demagogue. The title of the book is ironic, since its message is that the United States could become a totalitarian state with relative ease. I just re-read the book, and although it is dated in many ways, it is also startlingly relevant, with strong echoes of Trump’s run for president and what may well follow in its wake if he is elected.

At the time Lewis wrote the book, he was disturbed by Hitler’s rise to power in Germany, and by the fact that many Americans shared Hitler’s anti-semitic, anti-immigrant, eugenic views. (Actually, Hitler probably learned about the “science” of eugenics from fine, upstanding Americans).

Jessup clearly speaks for the author when he says, early in the book, 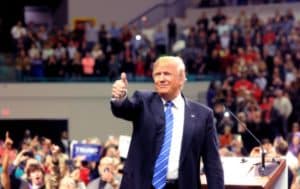 Dated? What about our prisons filled with non-violent “criminals” because of our equally misguided “war on drugs”? What about all the innocent people who have spent (and continue to spend) years in those same prisons? What about the mass incarceration of black men, as Michelle Alexander observed in The New Jim Crow? (One in three black men will go to prison some time during their lives.) What about the working conditions in our chicken factories, where immigrants work in extreme cold killing and processing poultry? I could go on.

There are some differences between Trump and Windrip, though. At least Windrip gave lip service to a populist message, a la Huey Long. He promised to give every American $5,000 if elected, for instance, and said that he would fight for the little man. None of that turned out to be true, but still.

Windrip did give fair warning that he intended to change the laws and the rules, however, in his ghost-written book: 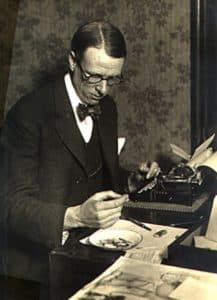 Once he won the election, Windrip installed his “Minute Men” as a private army and semi-SS force. People who objected were beaten, killed, or imprisoned in concentration camps. Windrip, who came to be known affectionately by his followers as “the Chief,” explained that this was all necessary but temporary:

Windrip tried to create a fake war with Mexico in order to unite the country behind him: 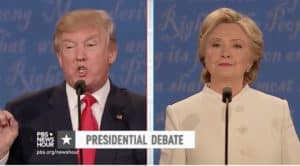 Donald Trump and Hillary Clinton skipped the tradition handshake before they met for their final debate. Credit: pbs.org

Most citizens went along with Windrip, who controlled the media so that there was no vocal opposition or factual counterpoint.

Only radicals such as auto mechanic Karl Pascal complained to sympathetic people like Doremus Jessup:

And there is much more. I urge you to find a copy of It Can’t Happen Here. More than that, I urge you to vote your conscience and to try to change our country for the better. There is so much that needs to be done.

Note to readers: Mark Pendergrast now lives in Colchester, Vt. and can be reached through his website, www.markpendergrast.com.