It’s a ‘New Day’ for MARTA and Dekalb County Partnership

MARTA General Manager and CEO Jeffrey Parker has announced a renewed commitment to the Authority’s customers in DeKalb County with a pledge to DeKalb County CEO Michael Thurmond that MARTA will make good on its promises, investing approximately $250 million in transit improvements countywide, including: 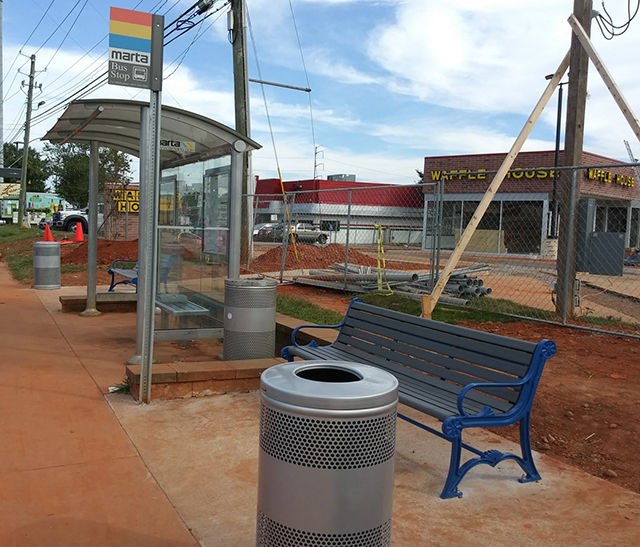 “CEO Thurmond was the first elected official I met with when I joined MARTA two years ago,” said Parker. “He told me then that MARTA had not kept its promises to DeKalb County and that needed to change. I have been focused on fixing this relationship with one of our founding counties since and remain committed to delivering on the transit needs of our valued DeKalb County customers. Our DeKalb County board members, Jim Durrett, Bill Floyd, Rod Frierson, and Rita Scott have been instrumental in forging this new path forward and I am grateful for their hard work and leadership.”

“MARTA CEO Jeffrey Parker has kept every promise he has made to DeKalb County since he was appointed two years ago,” said DeKalb County CEO Thurmond. “Investments have already been made and with a strategic transit plan in place, MARTA is positioned to improve the rider experience for all of DeKalb’s citizens.”

Passage of the 15th amendment this month incorporates the DeKalb County Transit Master Plan into the Authority’s engineering report. With the existing one penny sales tax, MARTA has agreed to a $20 million investment in bus-to-bus transit centers at South DeKalb Mall and Stonecrest Mall to be completed by 2023. These transit hubs will make travel easier for customers, providing a consolidation of stops and amenities such as first- and last-mile transportation options, with the possibility of expansion into community centers that offer Fresh MARTA Markets and other conveniences.

MARTA will continue to advance new modes of bus service, implementing Arterial Rapid Transit (ART) bus routes on Buford Highway and Candler Road and supporting planning studies for Bus Rapid Transit (BRT) along I-20 and I-285.

Additionally, over the next five years, the eight rail stations within DeKalb County, Indian Creek, Brookhaven, Chamblee, Decatur, Avondale, Dunwoody, Kensington, and Doraville, will be rehabilitated as part of MARTA’s systemwide Station Rehabilitation Program. The estimated $100 million in improvements include new floors, walls, ceilings and benches, enhanced lighting, landscaping, and murals. These upgrades are in addition to the $244 million in State of Good Repair work happening continually throughout the rail system such as traction and auxiliary power upgrades, tunnel ventilation improvements, and elevator and escalator refurbishment.

Further transit expansion plans identified in DeKalb County’s Transit Master Plan, such as the Clifton Corridor, are not currently funded. MARTA will work with DeKalb to identify funding sources to support the completion of these capital programs.