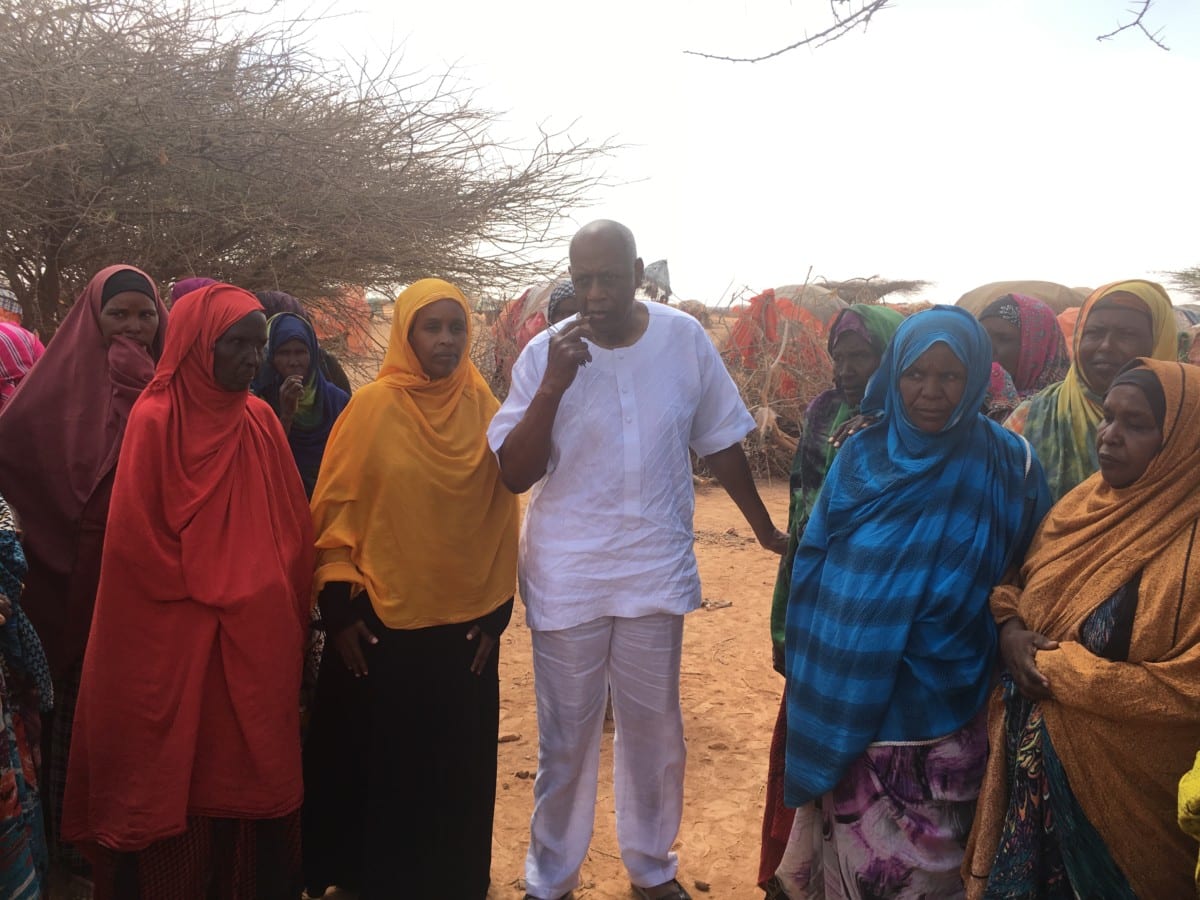 Some of the Somalilanders who met with Joe Beasley this spring are internally displaced people who walked up to 50 miles to reach a camp where they could get water. The U.N. reported in May that an estimated 739,000 drought displaced have occurred since November 2016. Credit: Joe Beasley Foundation
Share
Tweet
Share
Pin
Pocket
WhatsApp
Buffer
Email
Reddit
0 Shares 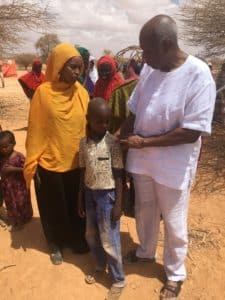 “The common thread is that I think it’s the right thing to do,” Beasley said of the efforts backed by the Joe Beasley Foundation.

“The average African is not wealthy, in fact is very poor, and is treated just as shabbily by blacks as whites,” Beasley said. “We have 250 million Africans living outside of Africa. We were brought out of Africa at the same time and dropped at different points. The civil rights movement that King started, we should use the model for moving people ahead.”

Beasley departed for Somaliland in April on a trip lasting about 17 days. The country, located on the Horn of Africa, is not recognized by the United Nations or any country as independent of Somalia. Somaliland was formed in 1991 when regional leaders in the former British Somaliland declared independence after Somali’s president was ousted, according to a report by the BBC.

Beasley’s purpose was to investigate reports about water usage by a Coca-Cola bottler. The country’s lack of rain has led to dire conditions.

A three-year drought has Somaliland on the brink of devastation, according to a report by the U.N. Office for the Coordination of Humanitarian Affairs:

Against this backdrop, a board member of Beasley’s foundation who had visited Somaliland returned to Atlanta with a troubling report.

“I had heard that Coke was hogging water,” Beasley said.

It wasn’t Beasley’s first run-in with Coke and its affiliates. In 2013, Beasley led a call for the company to extend Coke’s social responsibility practices to Afro-descendants in Brazil. In 2014, Coca-Cola Brazil and the Coca-Cola Foundation announced a $2.1 million investment to provide 100,000 Afro-descendants in Brazil with programs focused on education, culture and community.

In Somaliland, Beasley discovered that the bottler wasn’t hogging water. The bottler had built in the desert atop an aquifer that is forecast to meet demand for 200 years, he said.

“A group wanted to shake Coke down and get a $5 million contract,” Beasley said. “I found out I was in the middle of something and quickly made my host, the government, aware of the situation.” 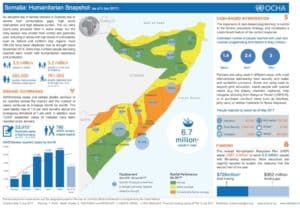 A three-year drought has led to famine and displacement in Somaliland, according to a U.N. agency. Credit: UN Office for the Coordination of Humanitarian Affairs 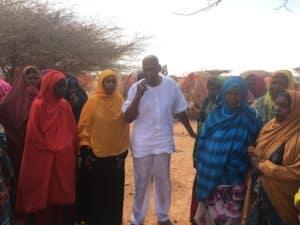 Some of the Somalilanders who met with Joe Beasley this spring are internally displaced people who walked up to 50 miles to reach a camp where they could get water. The U.N. reported in May that an estimated 739,000 drought displaced have occurred since November 2016. Credit: Joe Beasley Foundation

Beasley said Somaliland has plenty of water. But it’s in underground aquifers that are expensive to tap. Beasley said he’s in discussions with Georgia Tech officials to see about the possibility of Tech helping to provide lower-cost engineering solutions to draw water from aquifers.

Beasley is slated to travel in August to Columbia, South America. Beasley said he’ll attend the Black Communities’ Process in Columbia at its meeting Buenaventura.

The invitation describes the purpose of the meeting as setting the group’s political agenda:

Beasley has a long track record in Atlanta on human rights issues. He’s advanced civil rights causes as southeast regional director of Jesse Jackson’s Rainbow Coalition. He’s advocated for the homeless shelter at the intersection of Peachtree and Pine streets, the one that’s to be shuttered next month.

Beasley’s international efforts include registering voters in the 1995 election in which the late Nelson Mandela won the South Africa presidency. He’s helped arrange the provision of $1.5 million of medical supplies and equipment from Northside Hospital to hospitals in Haiti.