Congressman John Lewis is to receive the 2020 Lifetime Achievement Award from the Anti-Defamation League Southeast Region at its 23rd Annual Jurisprudence Luncheon, on March 16. This is Lewis’ first award from the ADL in Atlanta, and he’s to be recognized with two others for their public service. 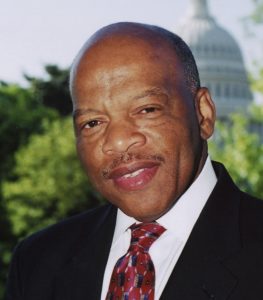 The ADL is to present Linda Klein with 2020 the Elbert P. Tuttle Jurisprudence Award; Klein serves as senior managing shareholder at Baker Donelson. Daniel Huynh is to receive the ADL’s Emerging Leader Award; Huynh is a partner in the intellectual property litigation group at Morris, Manning and Martin LLP.

Jason Carter, of Bondurant Mixson & Elmore and a co-chair of the luncheon titled, An Afternoon of Good Trouble, observed in a statement on the honoring of Lewis:

The ADL noted in the statement:

Lewis has maintained a public presence in Congress since he announced Dec. 29, 2019 that he is undergoing treatment for pancreatic cancer. Lewis said in the announcement:

On Friday, Lewis sponsored the HELP Act, which would provide, “up to $250,000 over five years in loan repayment to physicians, nurse practitioners, physician assistants, and dentists, who provide HIV treatment in health professional shortage areas or at Ryan White funded clinical sites.”

Klein is receiving the 2020 Elbert P. Tuttle Jurisprudence Award to recognize her work in exemplifying ADL’s mission, “to secure justice and fair treatment for all.” 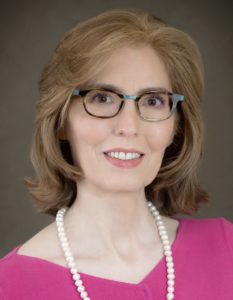 Klein served as the first female president of the State Bar of Georgia, in 1998-1999, and is a past president of the American Bar Association, 2017-2018. During her term with the state bar, she helped indigent victims of domestic violence by securing from the state Legislature funding for their legal representation by Georgia Legal Services and Atlanta Legal Aid, according to her profile on the ABA’s website.

Robin Sangston, a vice president with Cox Communications and a co-chair of the event, said of Klein in the ADL statement:

Huynh is receiving the 2020 Emerging Leader Award in recognition of his work as a practicing attorney for 10 years or less who has, “gone above and beyond in their legal practice and/or civic contributions to uphold the spirit of ADL’s mission.” The ADL noted Huynh’s volunteer work to foster minority attorneys across the country, service on the board of Asian-Americans Advancing Justice in Atlanta, and his work on the board of the non-profit Tapestri, Inc. to fight human trafficking in ethnic and minority communjities. 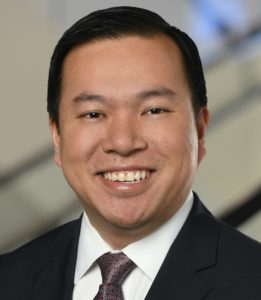 Bernard Taylor, a partner with Alston & Bird LLP and chair of ADL’s board, said of Huynh in the statement:

Simon Malko, managing partner at Morris, Manning & Martin, said the firm recognizes both the award to Huynh and its timing:

“We are extremely impressed that Dan is being honored alongside two national heroes. We were already proud of him for his pro bono and community work – and for recently taking the helm of MMM’s Diversity Initiative.”

Huynh earned a bachelor of science degree from Georgia Tech and his law degree from the University of Georgia. Huynh said he is humbled and honored for ADL to recognize him with Klein and Lewis:

Note to readers: The 23rd Annual ADL Jurisprudence Luncheon is scheduled for March 16, from 11:30 a.m. to 1:30 p.m. at The Whitley, 3434 Peachtree Road, Atlanta. Tickets are available through March 12 and are available at the luncheon’s website. 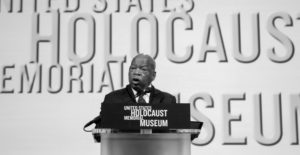