The journey home from war 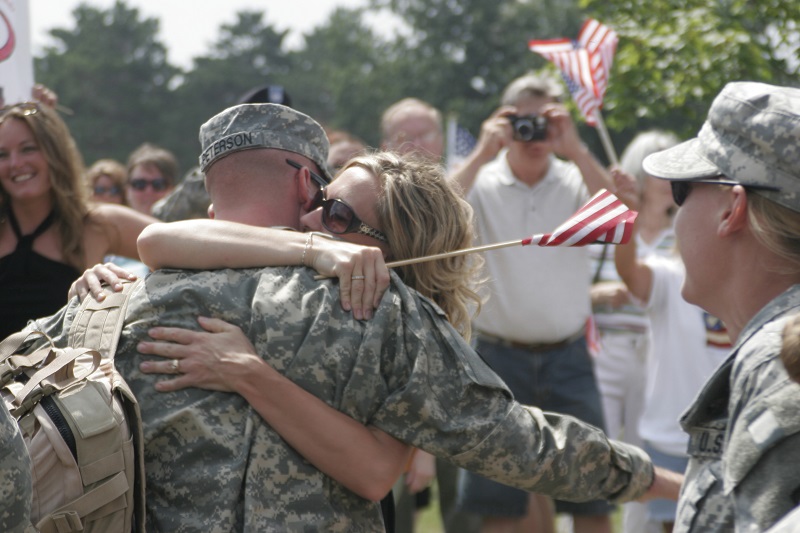 U.S. Army Sgt. Mike Peterson receives hugs and kisses from his wife for the first time since coming home from Iraq at Brooklyn Park Armory in Minnesota July 17, 2007. Peterson is a Soldier with Alpha Company, 134th Brigade Support Battalion, who was in Iraq with the 1st Brigade Combat Team, 34th Infantry Division. (U.S. Army photo by Sgt. Kenneth Toole) (Released)

The Odyssey is a tale about a Greek king named Odysseus and his journey home after the victorious battle of Troy. What is usually a voyage of weeks takes Odysseus and his men 10 years, their path strewn with all manner of mysterious and disastrous diversions, including one involving a Cyclops. The crew, ceaselessly battered and tested, becomes a mere plaything in the hands of contending Greek gods.

Odysseus is the only person to survive. Eventually washing up on a rocky shore in the dead of night after a shipwreck claims his entire crew, Odysseus discovers he has miraculously reached his kingdom. At last, our hero is within reach of his goal: being reunited with his family and his beloved and patient wife, Penelope.

But at this point the story takes a surprising turn: his homecoming initiates a new journey, perhaps the biggest of all.

Homer’s Iliad, which details the war preceding Odysseus’ journey, and The Odyssey are perhaps the greatest of all classics in our literary heritage. Why do these stories, these words of war and war’s aftermath matter so much? Why do we crave them, turn to them — need them? Why has the timeless tale of Odysseus remained just as urgent, just as awe-inspiring in 2015 as it was thousands of years ago? And why is it important for this story to be told to each new generation? 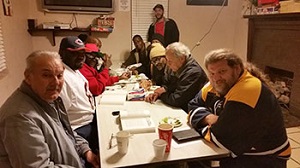 Sadly, our violence toward one another seems to be part of what it means to be human; we seem always to be re-learning this dread truth. However, the violence, the damage, and the impact of war does not end with the battles. Soldiers coming home bring the war with them. Some learn to cope with their memories while others do not.

If war has always been with us, it was not until late in the 20th century that we scientifically named — and began to understand — one of its consequences: post-traumatic stress disorder, or PTSD. The name is new but the condition is not. “Heart wound” and “soldier’s heart” were the terms used to describe the malady during our nation’s Civil War era. During World War I and World War II, the term “shell shock” gained usage. Whatever the chosen wording, postwar trauma has always been the heavy price that combat experience can exact on warriors and the societies to which they return.

Today, members of the U.S.  armed forces once again are coming home from war, a large number of them landing in Georgia. For many, the experience of war has been life altering. Public and nonprofit organizations are springing up and thriving in response to their needs. 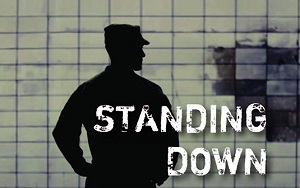 Standing Down is published by the Great Books Foundation.

With a grant from the National Endowment for the Humanities, in 2014-15 Georgia Humanities carried out a series of Talking Service programs with veterans in four north Georgia communities, in which participants came together to discuss their experiences of war. Each dialogue was moderated, sometimes by or with an experienced veteran.

What was unique about these discussions was their foundation in literature. A book edited by Donald H. Whitfield and published by the Great Books Foundation, Standing Down: From Warrior to Civilian, became the main text for the discussions. Between its two covers are 40-plus highly readable excerpts from novels, poems, biographies, memoirs, newspaper reports, diaries, and speeches — all about the firsthand experience of the warrior, from Homer’s time to the present day.

“War literature and other veterans to talk about it with can be good medicine,” says Professor Kristin Kelly of the University of North Georgia, one of the facilitators of the group discussions. In settings where veterans can talk openly, conversations can go from deep reflection to heartfelt dialogue about war and its memories.

“Reading literature with fellow warriors staves off the torture of dealing with trauma alone,” Kelly contends. “Literature can mitigate the pain of war, and witness is powerful medicine.”

My father, God bless him, was a combatant in two wars and served stateside during a third. Not once in his 32 years of service (or after) did he ever say one word about those experiences. That they left a mark I have long suspected. That he would have profited from being a participant in the discussion of the stories in Standing Down, I now have no doubt.

We ignore Homer’s message at our own risk: the warrior’s homecoming is an important chapter of war — maybe even the most important of all. If you would like to know more about our Talking Service program, contact Arden Williams or me at Georgia Humanities.