A federal judge has dismissed a lawsuit that sought to compel DeKalb County to stop spilling sewage from most of its sewer pipes, setting aside concerns about an estimated 32 million gallons of waste that has been leaked from these pipes since 2014. 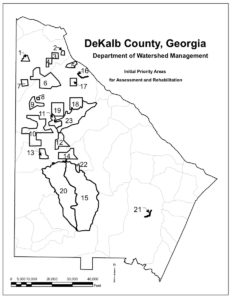 The South River Watershed Alliance is determining its next steps in the case it filed in 2019, Jackie Echols, the alliance’s president, said Wednesday.

Grimberg cited a ruling issued in 2007 by a federal appellate judge in an Oklahoma case, involving oil and gas extraction. From that ruling, Grimberg quoted this language:

Echols said the South River Watershed Alliance, a citizens group, is determining if it will appeal the ruling to the 11th Circuit Court of Appeals.

“We are assessing our options in light of the future of the South River,” Echols said. “This case was critical for that, and it didn’t change a thing. The judge’s ruling eliminates the Clean Water Act’s protection from two-thirds of DeKalb County, and for all of the South River.” 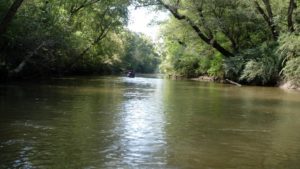 Grimberg wrote that the alliance’s goals can best be addressed not in a lawsuit, but in the upcoming public comment period for the county’s request to modify the federal consent decree that compels DeKalb to stop polluting waterways.

DeKalb County, the state and federal governments are to submit to the court by Thursday a timeline for submitting proposed modifications to the 2010 consent decree. Grimberg is overseeing the case.

The parties filed a joint status report on July 10 indicating they had reached an agreement to modify the consent decree. The document has not been submitted, and Grimberg on Aug. 31 issued an order giving them until Sept. 10 to provide estimated date by which they expect to file the proposed modification.