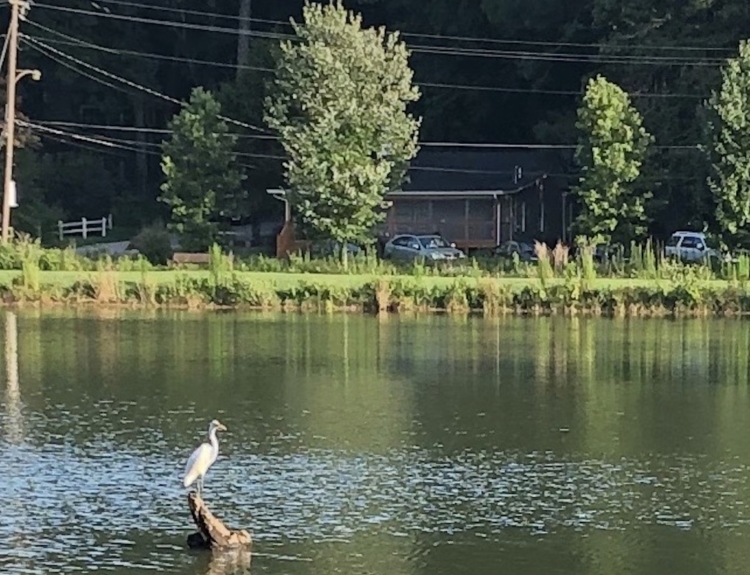 Pine Lake folks talk big about theirs being the smallest city in DeKalb County. On Thursday, this self-described “micropolitan” was recognized as the latest Atlanta Audubon Certified Wildlife Sanctuary. There was no word if the mayor will be singing about the award. 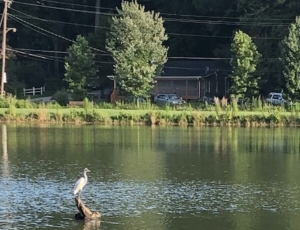 Pine Lake Mayor Melanie Hammet wrote and performed Little Bitty City, the Mayor’s Musical Welcome, on the city’s website. Hammet has performed with some big name musicians, such as the Indigo Girls, and she twice mentions in her welcome Pine Lake’s wildlife including fish and birds, dogs and cats.

Now Pine Lake is providing a certified safe zone where birds can catch their breath on migrations. They can even call Pine Lake home if they choose to soak up the city’s hospitality. The welcome mat is out for other critters, and humans, too.

Pine Lake City Councilmember Megan Pulsts led the effort for the city to reach sanctuary status, according to a statement from Atlanta Audubon. It wasn’t easy.

“A tremendous amount of effort, over many years, has been invested in turning Pine Lake into an Atlanta Audubon Wildlife Sanctuary,” Pulsts said in a statement.

The city’s namesake lake is the centerpiece of the newly certified sanctuary area. The lake covers 17 acres, and the sanctuary also covers two adjoining wetlands and a bio-retention area.

The wetlands were built to manage water, just as the bio-retention pond was crafted to filter stormwater runoff that flows through the city. Here’s how Atlanta Audubon described the sanctuary:

Atlanta Audubon now has certified more than 550 sanctuaries in metro Atlanta. Each provides its own unique contribution to birds, wildlife and humans who occupy them. Humans should be named as beneficiaries of these greenspaces, according to Atlanta Audubon.

“This is an amazing area and a true gem in the Atlanta Audubon Wildlife Sanctuary Program,” Melinda Langston, a board member of Atlanta Audubon who coordinated the wildlife sanctuary program, said in a statement. The welfare of birds and other wildlife is directly linked to the quality of food and shelter available to them.

“Pine Lake has worked diligently in recent years not only to create valuable habitat for birds and other wildlife, but has also to create a wonderful outdoor space for the residents of Pine Lake,” Langston said.

“fish in the water.

“Birds in the air,

“dogs on the leash, 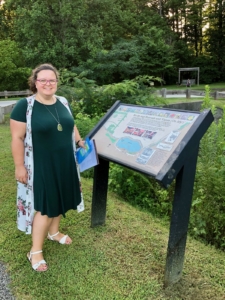 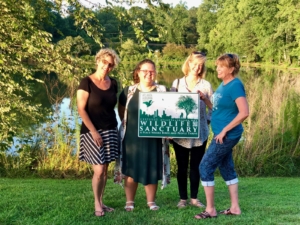