Justice for black youths, reparations in Atlanta’s conversations this summer 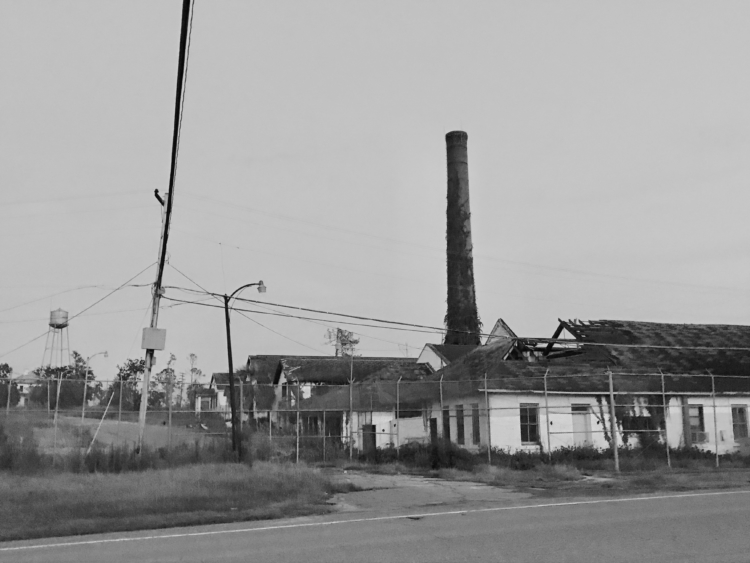 Novelist Colson Whitehead based his new book at Dozier School for Boys, a shuttered institution on Florida's Panhandle. A new investigation has been opened into possible human graves revealed on the grounds by Hurricane Michael. Credit: David Pendered

The nation’s conversation over the related issues of justice for black youths, and reparations, has its home this summer in Atlanta. 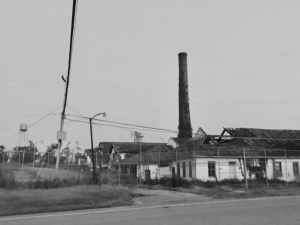 Novelist Colson Whitehead based his new book at Dozier School for Boys, a shuttered institution on Florida’s Panhandle. A new investigation has been opened into possible human graves revealed on the grounds by Hurricane Michael. Credit: David Pendered

This week, two published authors have added their insights – one a historian whose first day at Emory University was Monday, the other a Pulitzer Prize-winning novelist who presented Monday at the Atlanta History Center. Meanwhile, remarks continue to resonate from last month’s congressional hearing on reparations – legislation endorsed by Georgia congressmembers John Lewis and Sanford Bishop.

The core issue is the unintended consequences, even failure, of a penal reform effort that dates to the nation’s Progressive Movement. This concept sought to separate youths from adults, and to groom both in the ways of civil society. Advocates portrayed this as a noble effort to salvage both generations before they became trapped in a life of crime. It was harder to implement than imagined.

Suddler said he read The Nickel Boys in two sittings, and he offered nothing but praise. Suddler fluently linked the history-based fiction of Whitehead’s novel with the reality he’s portrayed in Presumed Criminal:

Suddler’s Presumed Criminal begins by opposing the popular conception that the harsh treatment of black teens in a southern reform schools was unique, treatment that was unheard of in a northern penal setting.

Suddler contends some in the North and South had similar outlooks on black teens as being threatening persons in need of restraint. Suddler’s treatise takes its place on ground being staked out by modern academicians including Khalil Gibran Muhammed, now with Harvard Kennedy School and a former head of New York’s Schomburg Center for Research in Black Culture.

Suddler is still in his introduction when he observes: 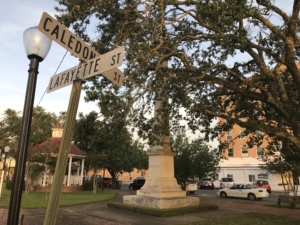 Marianna, Fl. pays tribute to the ‘Lost Cause’ of the Civil War in monuments on the town square and a short distance away in front of the Jackson County Courthouse. Credit: David Pendered

Whitehead’s fictional account benefits from the cultural reverberations of South as a place of brutal prison guards and intolerance for anything “different.” Iconic movies including I am a Fugitive from a Chain Gang, Cool Hand Luke and Easy Rider foster these themes.

Whitehead has said he was spurred to write The Nickel Boys by real-life findings in Florida. An investigation of into unremarked deaths and burials found questionable remains at the actual reform school on which Nickel is based. Dozier School for Boys, now closed, is located on the outskirts of Marianna and was opened as a place to house scofflaw youths and provide jobs in a pine forest where jobs that paid money were scarce. The institute was opened in 1900, a scant 35 years after the end of the Civil War.

Marianna’s footnote in Civil War history observes it was a major supply depot and the largest Northwest Florida town still in Confederate hands before it fell to the Union on Sept. 27, 1864 in a battle that left terrible consequences:

An engraving on a Civil War monument at the center of town spins a different version of the battle and omits the aftermath: 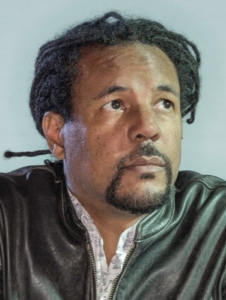 Dozier’s real-life history isn’t over for the investigation of teen beatings and death – first documented by the University of Florida in the 2016 forensic report that fueled Whitehead’s interest.

Last autumn’s Hurricane Michael revealed 27 anomalies that could be human remains. Florida’s Secretary of State has retained the original research team to evaluate the new findings, plus the entire 1,400-acre school site. Erin Kimmerle, of USF, and her team started work July 15, according to a statement from the secretary’s office.

Both books take as their starting point the prison reform initiatives developed during the Progressive Movement. Progressives sought to shift purpose of incarceration from pure punishment to an opportunity to teach lawbreakers the attitudes, behaviors and sense of responsibility required to live in society. To succeed, it demanded a level of support it didn’t always enjoy from guards through top state officials.

Here’s how Suddler described the experiment: 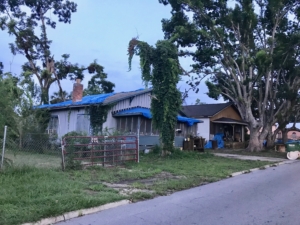 Houses in this neighborhood weren’t in great shape even before roofs were damaged by Hurricane Michael, and then covered with blue tarps that don’t always stay in place. This neighborhood is located on the southwest side of railroad tracks that separate the richer from poorer parts of town. Credit: David Pendered

These notions of juvenile justice for black teens are incorporated into a statement issued before Congress convened its first hearing on legislation related to reparations. House Bill 40 is titled, Commission to Study and Develop Reparation Proposals for African-Amercans Act. It’s purpose, according to the statement, is to create a vehicle to discuss and make recommendations regarding the “legacy of slavery and its lingering consequences.”

Of note, the number of HB 40 was chosen to reflect a provision in one of Gen. William T. Sherman’s field orders. The order is widely interpreted as providing “40 acres and a mule” to freed slaves. Sherman issued Special Field Orders, No. 15 in Savannah, after his March to the Sea and it provides that:

The congressional hearing was convened June 19, in commemoration of Juneteenth, the day that commemorates the abolition of slavery in the former Confederate States of America. Witnesses included actor Danny Glover, economist Julianne Malveaux and the Episcopal bishop of Maryland, the Rt. Rev. Eugene Taylor Sutton. 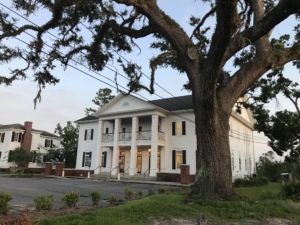 The Holden House was built near Marianna’s town square in about 1846. Legend has it that the Union Army spared the house during the attack of Sept. 27, 1864 because it housed only women, according to the historic marker out front. Credit: David Pendered 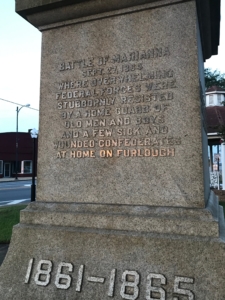 This inscription commends the bravery of town folks in defending Marianna, Fl. from the advancing Union Army on Sept. 27, 1864. It does not mention the Confederate defenders were overwhelmed by Union soldiers. Credit: David Pendered 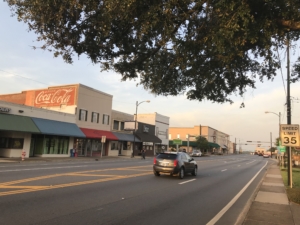 Downtown Marianna offers no recognition of the harsh treatment, sometimes ending in death, administered to youths at Dozier School for Boys, about a miles to the southeast of this area. Credit: David Pendered