She has been confirmed by the U.S. Senate to be U.S. Assistant Attorney General for Justice Programs.

Mason, a lifelong Democrat, joined the Alston & Bird law firm in 1983 becoming its first black woman partner in 1990. She concentrated on public and project finance, and she chaired the firm’s public finance group, and she also served on the firm’s management committee. 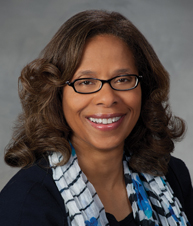 This is not the first time Mason has been part of President Barack Obama’s administration. Mason worked on Obama’s 2008 presidential campaign as a member of its national finance committee, raising funds in Georgia.

She left private practice in 2009 to serve as a Deputy Associate Attorney General from April 2009 to February 2012 when she returned to Alston & Bird. While she was with Alston & Bird, she worked out of the Atlanta, Durham and Washington, D.C. offices.

Mason is succeeding Laurie Robinson, who has served in that role since November 2009.