Kasim Reed: City of Atlanta now has $175 million in reserves 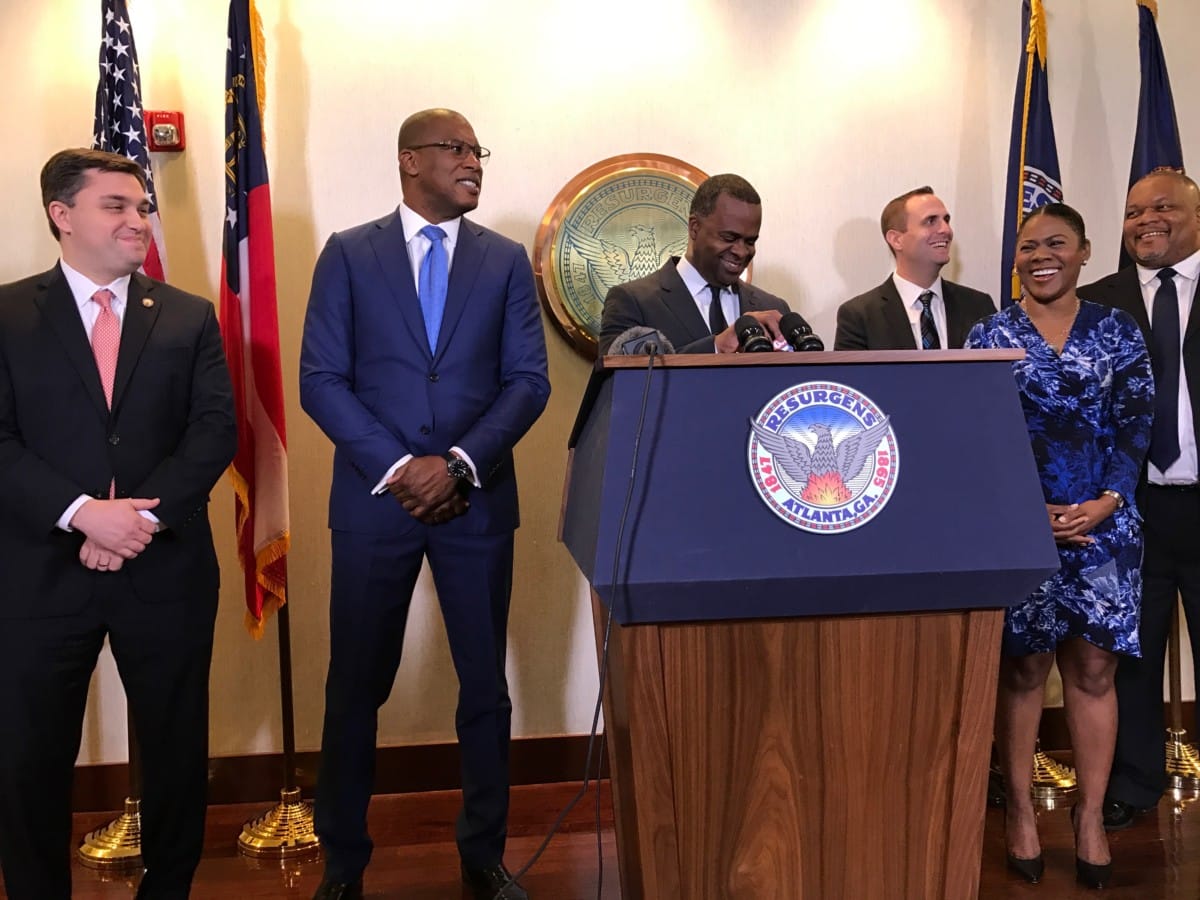 Atlanta Mayor Kasim Reed held a press briefing Friday to reinforce what a good steward his administration has been with the city’s finances.

Reed had repeatedly said his goal was to leave the city with a “rainy day fund” of $175 million – the amount the city has in its reserves at the end of his second term as mayor (January, 2018).

The mayor announced that the city has just reached that milestone ­– about nine months earlier than planned – at the beginning of the second quarter of year. 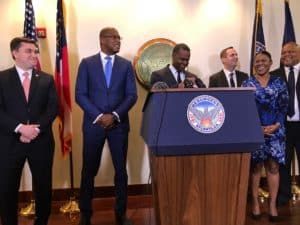 He also said the city had managed to have balanced budgets during the last seven years.

When asked how much of that financial success was attributable to a 3 mil property tax increase passed during the summer before he was elected mayor in 2009, Reed answered: “Almost none.”

He explained that the previous administration, without mentioning former Atlanta Mayor Shirley Franklin by name, implemented those tax increases to cover tax cuts that it had instituted in the previous eight years, and that created a level playing field.

“It wasn’t done as a courtesy to my administration,” Reed said. “The city was hemorrhaging cash. It was $50 million the red.”

When the 2009 City Council passed the tax increase, it stipulated that 3 percent of the budget (between $20 million and $25 million) needed to be set aside for reserves.

The mayor downplayed that as well, restating that when he took office, there was only $7.5 million in reserves..

“The question is execution,” Reed said. “That legislation was helpful as a guide…. It takes discipline to execute.”

The mayor has used almost every occasion to boast about his administration’s financial record, and he said it has led to the nine credit rating upgrades.

“We have the highest credit rating the city has had in 40 years,” Reed said. He did share the credit with his team, and he asked chief financial officer Jim Beard to speak at the podium.

“It’s a combined effort,” Beard said. “The work that goes in to managing a city of this size is daunting.” But he also warned that there’s an ebb and flow in the economy, and that it was important to have such a robust rainy day fund for those times when the city’s finances are tight.

But the real message Reed wanted to convey, however, was to his successor, whoever that may be.

“It’s important we put on the record where we are right now,” Reed said, adding that it was important for the press to keep the next mayor accountable on how he or she manages the city’s finances.

He then mentioned that when he took office, the city’s bond rating was “a couple of levels above junk status.”

Then he quickly added: “I don’t want to open up this strain between me and my predecessor. That’s been done to death.”