By Maria Saporta
Published in the Atlanta Business Chronicle on March 27, 2015

Plans to host a 2015 summit of Nobel Peace Prize laureates in Atlanta have hit a major stumbling block because Mayor Kasim Reed has withdrawn the city’s participation.

The event, scheduled for Nov. 15-19, has promised to bring at least 21 of the 30 living recipients of the Nobel Peace Prize to Atlanta. Heads of state and thousands of students are expected to attend events at the Georgia Aquarium and Georgia World Congress Center. United Parcel Service Inc. and The Coca-Cola Co. have signed on as significant sponsors. A November 2014 gala kicked off fundraising. 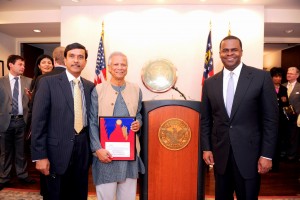 But on March 19, Reed sent a letter to Mohammad Bhuiyan, CEO of the Yunus Creative Lab and the organizer of the Atlanta Summit, stating that they had been meeting since October to identify solutions to address concerns of the city.

“Unfortunately, given our inability to reach consensus regarding issues which are integral to the effective coordination of the event, I have reached the difficult decision that the City of Atlanta will no longer participate in the planning process or be part of the event in any way,” Reed wrote in his letter to Bhuiyan. “Please discontinue the use of the City of Atlanta logo and website link, as well as my name and those of my staff members, in any Atlanta Nobel Summit materials…”

Reed also sent a separate letter to Ekaterina Zagladina, president of the Permanent Secretariat of the World Summit of Nobel Peace Laureates, informing the international body that the City of Atlanta would no longer be involved with the Summit.

In that letter, Reed identified several concerns and recommendations he had made that had not been accepted. They included:

According to people familiar with the situation, Reed and other civic leaders had proposed that Alec Fraser, a retired Turner Broadcasting System executive, step in as the Summit’s chief operating officer. 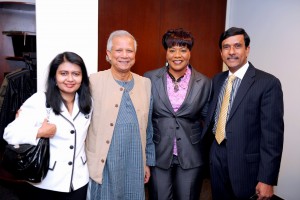 Muhammad Yunus, for whom the organization is named, has been a driving force behind Atlanta winning the 2015 Summit. Yunus, a social entrepreneur and banker, was awarded the Nobel Peace Prize in 2006 for pioneering the microcredit and microfinance movement in Bangladesh with the founding of the Grameen Bank.

Yunus and Bhuiyan have been working together for years. Former U.S. President Jimmy Carter, who was awarded a Nobel Peace Prize in 2002, has also been involved with Atlanta Summit.

When asked about the mayor’s concerns, Bhuiyan emailed the following official statement:

“The Board of Directors of the Atlanta Organizing Committee for the Nobel Peace Laureate Summit voted unanimously to move forward with the Summit,” Bhuiyan wrote in his statement. “We have made tremendous progress under the leadership of Prof. Yunus and President Carter as Laureate hosts. We look forward to continuing the momentum demonstrated by our current sponsors and partners to deliver a great summit for the Nobel Peace Laureates in Atlanta this November. We hope the city will be a full partner in this great event as well.” 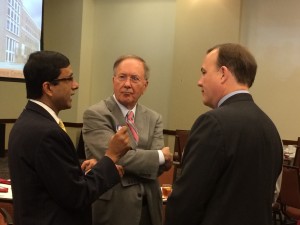 Mohammad Bhuiyan tries to explain his positions to Sonny Deriso, an advisor to the Summit, and Coca-Cola’s Clyde Tuggle at the Rotary Club meeting on March 23 (Photo: Maria Saporta)

Reed has been on an economic trade mission in Israel so it is not known whether he would be willing to reconsider the city’s participation with the Summit. It also is not clear whether Bhuiyan would compromise on any of the issues that concern the mayor.

But several people who have been working to get the two sides to bridge their differences have not yet given up hope.

One of those is Ira Helfand, co-president of the International Physicians for the Prevention of Nuclear War–recipient of the 1985 Nobel Peace Prize. Helfand was in town on March 23 as the keynote speaker to the Rotary Club of Atlanta.

“Many of us on the organizing committee for the Summit have been working this week to resolve the differences between the Mayor and the Yunus Creative Lab,” Helfand wrote in an email. “These issues should not be allowed to get in the way of an enormously important event which will do Atlanta proud.”

He went on to say that he is hopeful the issues would be resolved so Atlanta could host a “fantastic Summit” in November.

“The Nobel Laureates who will attend include people who have worked to make peace in Northern Ireland, Israel/Palestine, South Africa, Liberia, Yemen, and East Timor,” Helfand said. “These efforts required them to bring together people who have fought each other, imprisoned each other and killed each other. It would be pretty ironic if we could not bridge the much smaller differences here. We should all be embarrassed if we don’t.”

Helfand said it was also important to appreciate the work that the Yunus Creative Lab has already done in putting together the Summit.

“In terms of fundraising, involvement of community leaders, planning for the program and outreach to schools and universities, they are far, far ahead of the planning for previous Summits,” Helfand wrote. “The remaining problems are not trivial, but they are relatively minor, and we certainly should be able to overcome them.” 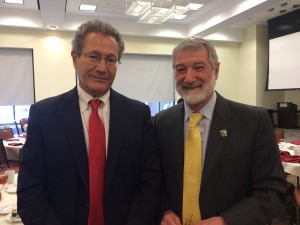 One of the major backers behind the Summit, who had been serving on the board of Yunus Creative Lab–retired UPS executive Jim Winestock–resigned from the board in January.

“I have continued my work with advising the Summit and co-chairing one of the committees, but just couldn’t devote the time necessary to continue as a full board member,” Winestock said.

When asked about the Summit’s relationship with the city, Winestock responded that he had not been involved in the recent discussions between the mayor and Bhuiyan.

A senior civic leader who has been close to the Summit’s preparations, but who did not want to be identified, said he had had concerns over the structure, leadership and overall approach by Dr. Bhuiyan and his team regarding the planning of the summit for months.

Last summer, the civic leader said, those concerns were brought to the mayor’s attention.

“Issues including the need for an independent board, the need for a greater logistical and event management expertise and greater transparency into the flow of funds and contracts were identified as were growing community concerns over whether key funders and organizational participants would continue to support the Summit,” the civic leader said.

He added that those concerns have grown as the planning has proceeded and as it gets closer to hosting the Summit.

“Many supporters privately voicing concerns but publicly remaining involved and supportive due to the great potential and impact of holding the Summit in Atlanta,” he said.

According to Bhuiyan, the Summit has already raised $1.5 million to host the event. He also has said in previous interviews that most of the living Nobel Peace Prize laureates have been invited, and he expected that the Atlanta Summit would have the greatest participation of laureates than any previous summit. 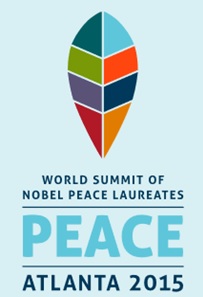 But it is not clear what impact the break down between the City of Atlanta and the Summit organizers would have on the participation of the laureates as well as corporate and civic backers.

The situation gets even more confusing because Bhuiyan has sent mixed messages about how he is planning to proceed. In one email, he stated that “we are still hopeful that the city will come back to the table as a partner to have a great summit in Atlanta.”

But, according to people close to the situation, Bhuiyan wrote Reed a letter on March 24 saying that the mayor’s correspondence to community leaders reflecting negatively on Yunus Creative Lab would likely cause serious financial damage. He also said the mayor’s insinuations about the management of the Summit was damaging his and his wife’s good name–causing them emotional distress.

“We demand that these efforts cease immediately, and we reserve all of our legal rights with respect to your actions to date,” Bhuiyan wrote the mayor.

It also is not clear what role the Permanent Secretariat of the World Summit of Nobel Peace Laureates might play in helping resolve these differences.

When asked about the situation, Ekaterina Zagladina, president of the Permanent Secretariat of the World Summit of Nobel Peace Laureates, responded,“We fully respect the decision of Mayor Reed.” She added that a committee which includes representatives of Nobel laureates would be organized to make “the appropriate and final decisions about the 2015 Summit.”