Kemp may wish he’d taken Democrats up on their offer 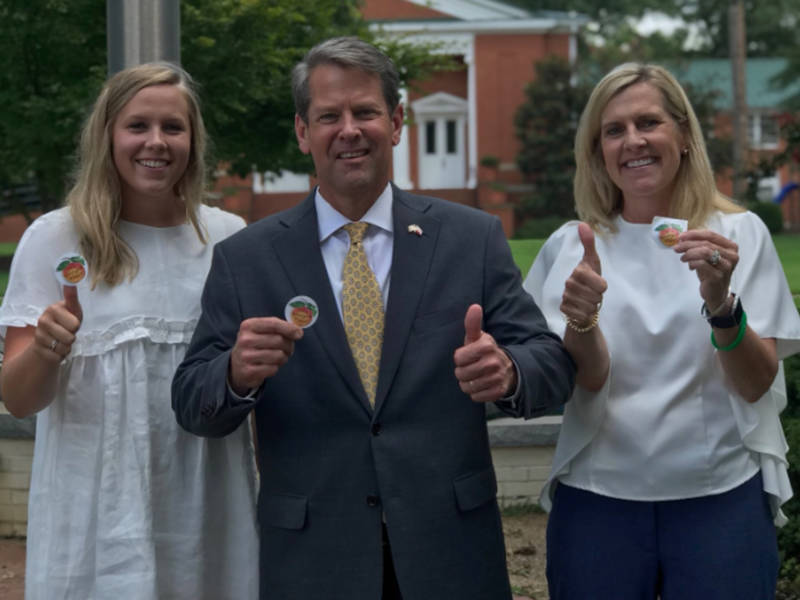 There’s a certain symmetry in the way the ballot integrity story is playing out in Georgia this year as we round into the general election season.

Last week, to the surprise of no one, Secretary of State Brian Kemp spurned a call by Democrats to step down from his post to avoid a conflict of interest in the upcoming election, commenting that he has no way to influence the election, which will be run by the counties.

Meanwhile, U.S. District Judge Amy Totenberg asked the parties in a lawsuit before her court to file briefs outlining the practical difficulties of replacing the state’s electronic voting machines with paper ballots before this year’s election, as a coalition of groups is seeking.

We have thus come nearly full circle from 16 years ago, when Georgia became the first state to go to an all-electronic voting system. Back then, Secretary of State Cathy Cox talked about making voting as easy as going to the mall. Back then there were no allegations that millions of illegals were voting, or evidence the Russians were meddling — and there were still malls.

The attorney representing Kemp and other state officials in this case is Roy Barnes, who was also governor, the state’s last Democratic governor, back when the state went to its current voting machines. This is the same case in which a server at the Center for Election Systems at Kennesaw State University was wiped clean three days after the suit was filed last year. (In an earlier version, I incorrectly stated that these were two separate cases.)

Barnes has described the current law suit’s demands as “impractical and crazy,”  a view on which he’ll surely elaborate in his brief to Totenberg. Switching to paper ballots on this short notice would be a challenge, that’s for sure, and election night and the following day would remind us why automatic vote-counting seemed such a good idea at the time.

Switching to paper ballots would also give the secretary of state’s elections office, for which Kemp is still accountable, plenty to do. Imagine an election day with a lot of problems, a very close finish in one or more statewide races, and Kemp, as both candidate and secretary of state, in the middle of it all.

For a glimpse at just how messy things could get, we turn to Kansas. Secretary of State Kris Kobach is also running for governor this year. He’s attempting to unseat a fellow Republican, Jeff Colyer, who was promoted from lieutenant governor when former Gov. Sam Brownback was appointed U.S. Ambassador at Large for Religious Freedom, a title so large it deserves to be capitalized.

In the first tally after last week’s Republican primary, Kobach, who had President Trump’s endorsement, had a lead of 191 votes out of a total of more than 311,000 votes cast. That microscopic lead has dwindled to 110, and Colyer has raised questions about how the count has been handled.

Kobach at first refused to recuse himself, then recused himself, and then the deputy appointed to run the election get caught up in a controversy over his instructions for which votes should be counted. It’s expected now the results of the primary may not be finalized until the end of August, giving the Democratic candidate, state Sen. Laura Kelly, a leg up. It’s icing on the cake for Democrats that the Republican governor of Kansas is raising questions about the integrity of Kobach, who headed Trump’s ill-fated Voter Fraud Commission.

That’s a snapshot of what can go wrong when those in charge of counting the votes are among the counted — and that’s just a primary.

In Saturday’s New York Times, Emory University professor Carol Anderson called Kemp “an enemy of democracy” and asserted that “Voter suppression keeps Georgia a red state.” Let there be any irregularities in this election, and that analysis will gain a much larger audience.

Then there are the Russians. We know that one of the 12 Russian intelligence officials indicted in the Mueller probe checked out an online job posting for an election technician in Cobb County, and a Fulton County site with information intended for candidates. It’s not much, but it’s evidence of a nibbling interest, and maybe the warmup for more this year. Kemp has at times appeared almost blase´ about the threat of foreign election tampering, which has played fine with his base but may cause problems with a wider electorate.

So while there was no chance Kemp was going to step down at the behest of the Democrats, and no really expected him to do so, it may in the long run look like it was the smart thing for him to do.