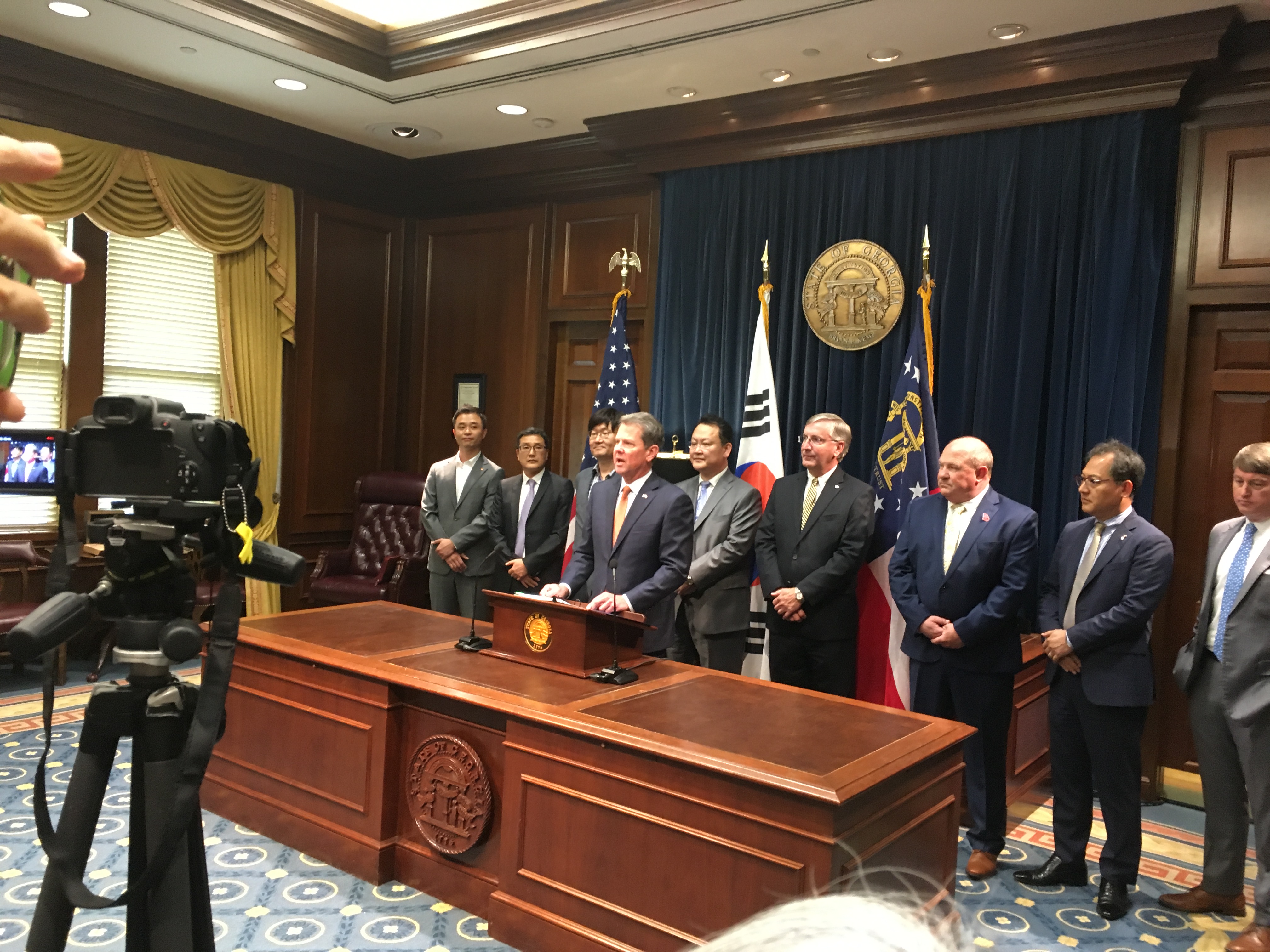 A Georgia delegation headed by Gov. Brian Kemp is heading to South Korea to pitch the state to companies there, and visit companies that already invest here.

Kemp called the announcement of the trip the “most exciting” of his time in office so far, and made it in his ceremonial office, surrounded by representatives of South Korean companies that are already in Georgia. 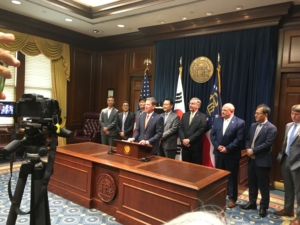 Gov. Brian Kemp and representatives of South Korean companies in Georgia at the Capitol on June 13. Credit: Maggie Lee

“Our team will be exploring opportunities with existing industry partners and share with businesses in Korea what the folks behind me already know: There’s no better place in America to do businesses than right here in Georgia,” Kemp said.

That Korean product list comes as no surprise, given that some of the most high-profile Korean investments in Georgia are the Kia factory at West Point, the SK Group’s under-construction electric car battery factory in Jackson County and Sangsin Brake’s soon-to-open facility in Henry County.

Kemp’s predecessor, Nathan Deal, visited South Korea himself in 2017 and and in 2011.

This Georgia delegation leaves June 22 and will return June 28.