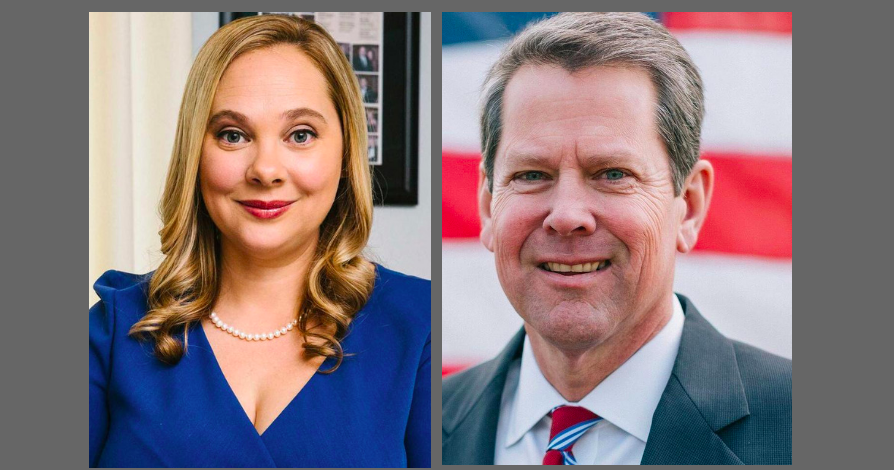 To understand the warp and woof of the campaign season in Georgia this year, last week’s story about Secretary of State Brian Kemp calling on Democratic candidate Sarah Riggs Amico to drop out of the lieutenant governor’s race is a good entry point.

It’s extremely rare for a politician to take a shot at a candidate in a race farther down the ballot, much less call on one to resign. But this is a year of lateral moves and unconventional parries.

Amico is the second-generation head of Jack Cooper, a large trucking company. Ten black employees have filed suit against a yard supervisor and others at a Jack Cooper facility in Indiana, charging they were denied promotions and treated unfairly over a number of years.

Amico’s Republican opponent, Geoff Duncan, asked a broad question about discrimination and harassment in the company at last week’s Atlanta Press Club debate. He promised to reveal more in coming days, teasing the name of the yard supervisor.

In the meantime, Kemp borrowed the issue, which fit his immediate needs even more than Duncan’s.

“This type of behavior is unacceptable and disqualifying… She should listen to the victims and apologize for the hurt they have endured while working at Jack Cooper,” Kemp said Friday, calling the charges “disturbing.”

The Republican candidate for governor must have had his tongue pretty far into his cheek while saying all this. At the same time, his Democratic opponent, Stacey Abrams, was calling on him to resign as secretary of state over the Associated Press story that 53,000 voter applications, mostly by African-Americans, have been put on hold under the “exact match” standard. He’s being sued over that by a voting rights group, and by a former partner who claims Kemp owes him $500,000. Calling on Amico to resign was a way to turn the tables, racially, without directly confronting his African-American opponent.

That AP story generated a lot of outrage around the country, by the way, but it left Democrats here scrambling to assure these applicants they can still vote if they show up. In a race polling well within the margin of error, those votes could be crucial.

In addition to weaving together the racial and gender tensions moving near the surface this year, Kemp’s lateral move into the race beneath him illustrated how politics in Georgia is gradually evolving into a ticket system. In years past, a party’s candidates for governor and lieutenant governor were as likely to be rivals as allies, but that’s no longer practical. Nowadays, everybody has to be on the same team.

At last week’s debate, Duncan defended his claim to be an outsider and described his tenure in the legislature as “five quick years.” But of these four candidates for the state’s highest office, Amico is the only candidate who comes from completely outside politics, and that makes her appeal as a candidate a little more unpredictable.

She trailed Duncan in last week’s AJC/Channel 2 poll by six points, with 15 percent undecided, but she has been a very effective messenger for the Democrats’ marquee issue, healthcare, and has an interesting synergy with Abrams, with whom she embarks this week on a statewide bus tour.

Synergy may not be exactly how to describe how Kemp and Duncan relate, but this episode shows they can coordinate. They both got their party’s nomination by similar routes, which is one of the factors driving the formation of tickets. These days, the same things work up and down the ballot.

The two Republicans do have some synergy on the rural hospital tax credit program, which both want to enlarge, and Medicaid expansion, which both oppose. We can expect Abrams and Amico to bear down hard on heathcare and expanding Medicaid in the closing days of the campaign, so it’s important for the Republicans that they at least stay on the same page.

Finally, Kemp’s swipe at Amico shows the influence of Donald Trump, even if Air Force One has not yet touched down in the state. When under attack, shoot back, even if you’re shooting in another direction.