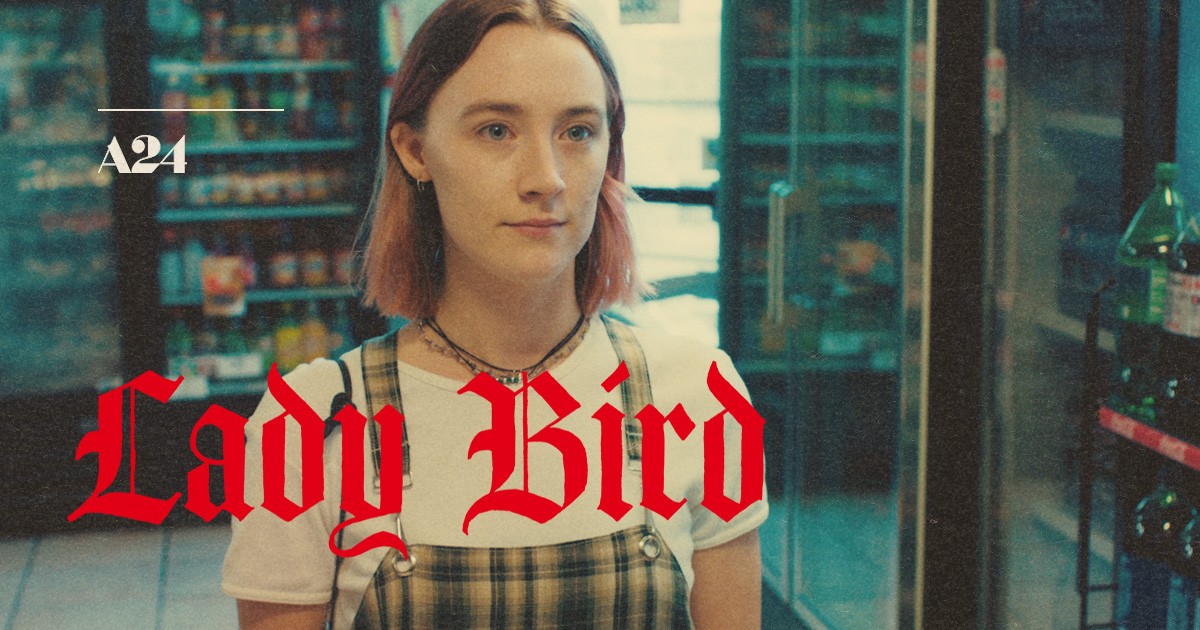 A poster for "Lady Bird" - the movie

Not surprisingly, a movie written and directed by Greta Gerwig, based on her own experiences as a high school senior, is a lot like a Greta Gerwig performance. It sneaks up on you. It’s sly, a little sideways, grudgingly poignant in places, and uproariously funny when you least expect it, 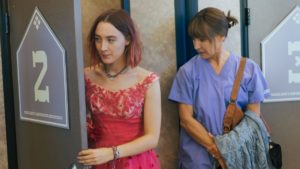 Granted, Gerwig’s not exactly a household name (like, say, a judge on “Dancing With the Stars.”) But you’ve seen her — mostly in well-received indie movies like “France Ha,” “Maggie’s Plan” and “Mistress America.” You may not like any or all of her films (I don’t), but her work is always interesting. And I mean interesting in a good way, not in that uncomfortable I-know-I-should –like-this-but-I-just-don’t way.

Christine  (Saoirse Ronan), self-dubbed Lady Bird, lives in Sacramento which she refers to as the “Midwest of California.”  The year is 2002 and Lady Bird, now in her final months at a Catholic school, wants out. Not just out of school, but out of the entire West Coast. She wants to attend college in Connecticut or New York, where writers hole up in the woods and churn out masterpieces.

Still, she’s reasonably realistic.  When Yale comes up, she laughs almost as hard as her college advisor.

With admirable acuity and knowing good humor, the film lays out both the everyday-ness and the innumerable crises of senior year. The joyful abandon of drama club, from auditions through wrap parties (In an amusing throwaway, the school’s football coach is recruited to direct “The Tempest”).

There’s the delicate predicament of choosing between your true-blue fat-girl chum (a marvelous Beanie Feldstein), and the pretty, popular rich girl. And — lest we forget —the intoxicating ins-and-outs of young love:  the theater boy (Lucas Hedges from “Manchester by the Sea”) vs. the too-cool-for-school musician (Timothee Chalamet, earning raves for “Call Me By Your Name”). 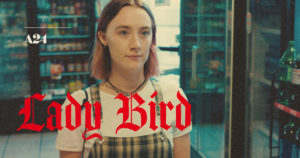 A poster for “Lady Bird” – the movie

By the way, that’s one of the most wonderful things about “Lady Bird.” Unlike most coming-of-age movies that feature a female protagonist, the boyfriend experience is simply part of the mix — not much more important than when Lady Bird gets caught munching communion wafers. “They’re not consecrated yet,” she yells at the would-be snitch.

The movie is also expert at charting what goes on in Lady Bird’s life outside of school. Her father (Tracy Letts) is a kind man immobilized by the loss of his job. Forced to play bad cop to his good cop, her mother (Laurie Metcalf, superb) often comes off as hard-boiled and overly critical.

The squabbles between mother and daughter can take your breath away. Both are relentless, both are cutting-edge smart, and both, deep down, would do anything for the other. Thus, a down-and-dirty fight can turn on a dime into a mutual “Don’t you love it!!” when they discover just the right prom dress.

While Gerwig has assembled an extraordinary ensemble cast. Ronan has to rate as first among equals. She comes off as utterly authentic, even when she’s just goofing around or being a typically pain-in-the-butt teenager. And for all her self-awareness and caustic protective armor, she can break your heart in an instant.

“I want you to be the best version of yourself that you can be,” her mother says, pleading for some common ground and acceptance.

To which Lady Bird replies, as open and wounded as her mom, “What if this is the best version?”

“Lady Bird” is the best version of this sort of film I’ve seen in a long time. You don’t want to miss it.