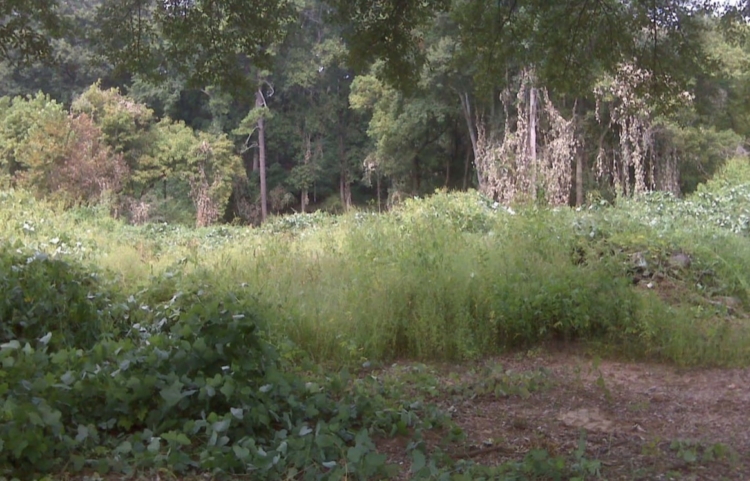 In this 2012 photo, land along the McDaniel Branch of the South River was determined by the federal government as probably not able to support wildlife. Credit: sam.usace.army.mil/

A few acres of land north of the Lakewood Fairgrounds has been transformed from a tract so disturbed that a federal report said it could barely support wildlife to a heavily planted wetland that has been certified as a wildlife sanctuary by the Atlanta Audubon Society.

The U.S. Army Corps of Engineers built in 2015 a series of five retention ponds along the waterway to slow the flow of storm water runoff and alleviate downstream flooding. Atlanta used money provided by the U.S. Environmental Protection Agency to restore the adjacent stream bank.

The Atlanta Audubon Society, which is collaborating on a number of initiatives with the city, certified the McDaniel Branch Wetlands on Oct. 19 as a sanctuary for the habitat it provides to shelter birds, other wildlife and people.

“The welfare of birds and other wildlife is directly linked to the quality of food and shelter available to them,” Melinda Langston, an Atlanta Audubon board member and program coordinator for the sanctuary program, said in a statement. “The plantings used in the McDaniel Branch not only help hold the stream banks in place and improve water quality, but they also create valuable habitat for birds and other wildlife.”

The project has separate planting plans for the land and for the area close to water, according to a statement from Atlanta Audubon. The city posted a video of the project on its Facebook page. 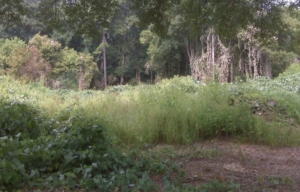 In this 2012 photo, land along the McDaniel Branch of the South River was determined by the federal government as probably not able to support wildlife. Credit: sam.usace.army.mil/

The area close to the water was planted with flatstem spikerush, swamp sunflower, Louisiana iris, pickleweed, bluestem, upland sea oats, cardinal flower and cinnamon fern. A mowing plan has also been implemented that is allow native plants to thrive and avoid harming ground nesting birds and other wildlife during the spring and summer nesting season.

The McDaniel Branch Wetlands is a series of five manmade retention ponds that hold water during storm events. The storm water soaks into the land, and some is slowly released downstream, reducing if not eliminating flood scenarios. The Corps built the project in 2015 and the city completed an adjacent stream restoration program with money provided by the U.S. Environmental Protection Agency.

An environmental assessment of the area in 2012 portrayed the waterway as similar to many in the city – overlooked and suffering from the impact of development. Some 46 percent of the watershed was covered by impervious surfaces.

The draft assessment by the U.S. Army Corps of Engineers observed this about the land:

And this about water quality in McDaniel Branch:

Two other projects by the city are in the process of completing their certification as wildlife sanctuaries, the Lionel Hampton-Beecher Hills Nature Preserve and Herbert Greene Nature Preserve.

An Atlanta official said the Audubon certification at McDaniel Branch illustrates the city’s efforts to responsibly manage stormwater runoff. Atlanta remains under a federal consent decree related to its aged sewage system and its handling of stormwater runoff. An EPA report in May determined the city is largely in compliance with the consent decree but has not met all requirements. The deadline is in 2027.

“The designation of the McDaniel Branch Wetlands as an Atlanta Audubon Wildlife Sanctuary underscores the City of Atlanta’s commitment to implementing innovative stormwater solutions while preserving and protecting native ecosystems through green infrastructure,” Todd Hill, a deputy commissioner in the city’s Department of Watershed Management, said in a statement. “Our collaboration with the Atlanta Audubon Society will ensure that this natural greenspace will be experienced by a broader audience of Atlanta residents, students, and visitors.” 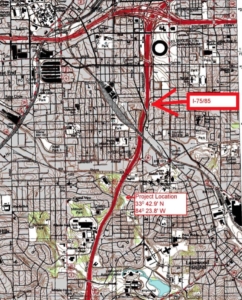 The McDaniel Branch Wetlands is located between the former Turner Field and Lakewood Fairgrounds. Credit: sam.usace.army.mil/