In effort to regulate electric scooters, lawmakers are so far dockless 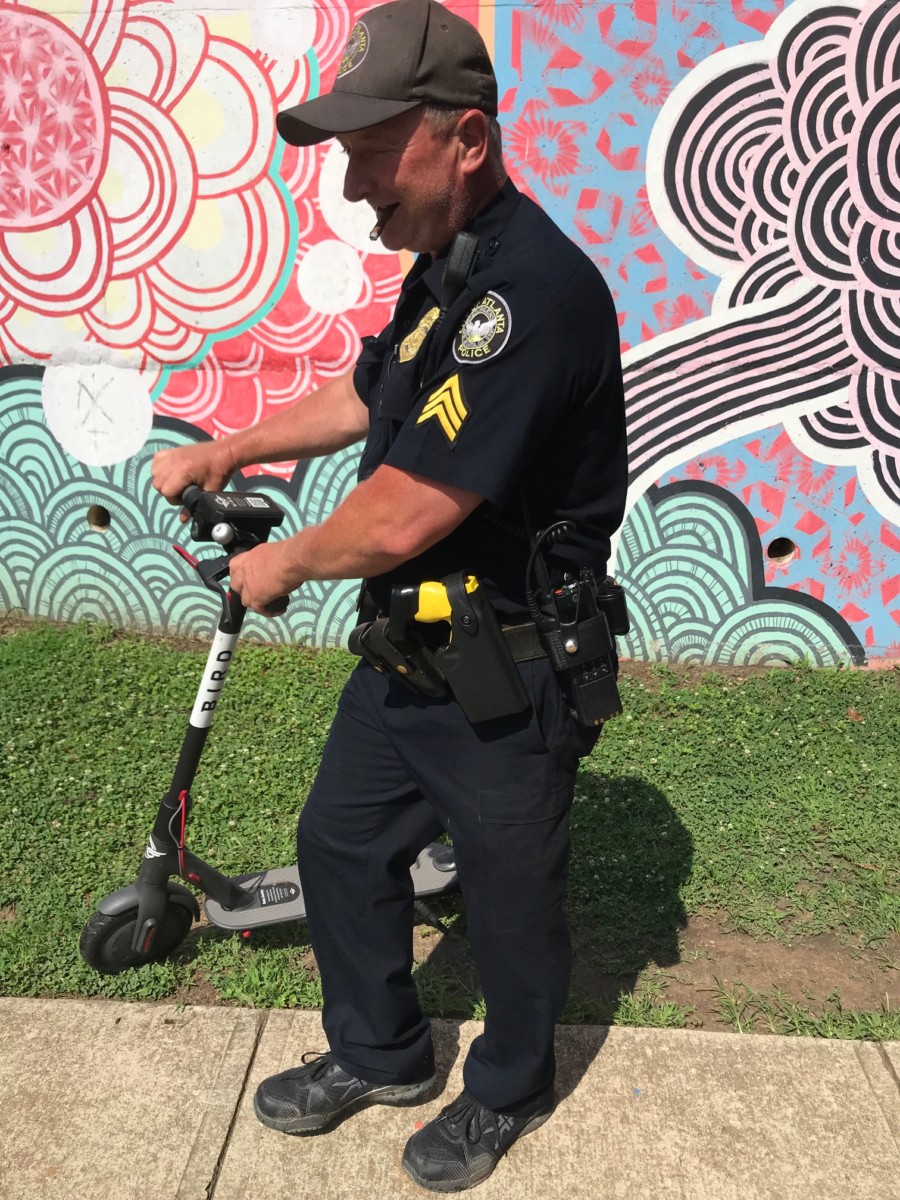 In little more than a year, electric scooters — and with them the concept of “docklessness” — have changed the landscape of much of urban America. In cities like Atlanta, the appearance of a few rental scooters has quickly become a lively competition between purveyors of all sorts of electrified, two-wheeled vehicles speeding down sidewalks and streets.

Just as impressive, in its way, has been the speed with which this freebooting young industry has taken on the governmental trappings of more established businesses.

Lobbyists for all the major scooter rental companies have appeared at the Capitol this year, keeping a watchful eye on both the legislation and each other as the General Assembly takes its first, tentative steps toward regulating the new “micromobility” industry.

The business model for these companies is one that weds an idea that began with public bike-sharing programs — which is where the term “dockless” came from — with the monetizing potential of the cell phone. It provides its customers with a convenient way to negotiate short distances, but it also raises a host of questions about these businesses should be regulated.

Already, local governments across Metro Atlanta have passed a variety of ordinances, from banning powered scooters outright to requiring that they be parked in an upright position. Athens banned Bird scooters for a a year after the University of Georgia confiscated more than 1,000 of the company’s scooters and billed Bird for more than $500,000 in impoundment fees.

The competing legislation introduced in the General Assembly this year represents a first attempt at setting the rules at the state level. House Bill 454, by House Transportation Chairman Kevin Tanner, began as an effort by the Georgia Municipal Association and the ACCG County Association to work with the major scooter companies to reach agreement on some fairly basic principles.

It appears to have been a bumpy ride. Supporters of the bill have accused a spinoff group of crafting Senate Bill 159, by Sen. Steve Gooch, in an attempt to undermine their good-faith negotiations. The Senate bill was tabled in committee.

The House bill passed the House, but encountered resistance in the Senate. On Monday Tanner retreated to a version of the bill which deals only with e-bikes, and promised to revisit the subject of electric scooters in the future.

Another bill by Sen. Donzella James that would have placed vehicles like these under the Georgia Motor Vehicle Code appears not to have picked up any traction.

“All this technology has come out over the last few months,” Tanner told the Associated Press before the sausage-making process got underway. “This may be something we’ll need to address on a regular basis.”

Those words are almost certain to prove prophetic. The legislation introduced this year leaves a lot of legal brambles to be cleared, and more could be on the way. The Centers for Disease Control has begun a joint study with the City of Austin, Texas to investigate the increase in injuries associated with the scooters. That finding seems likely generate calls for stricter safety regulation.

The dockless business model, meanwhile, is in a state of rapid evolution.

The Bird company founder, Travis VanderZanden, came out of Lyft and Uber, and transferred the model of the independent, cell-phone dependent contractor, from the drivers who roam the streets waiting for rides to the repairman who wait for the call to collect a scooter or recharge it.

According to the Los Angeles Times, however, Bird is in the process of moving from dockless to docked, so far as its labor force, anyway. It has notified its scooter mechanics in some cities that the company will be developing its own in-house repair facilities and will no longer need their services.

After seeing how successfully Bird and Lime had pulled off this new iteration of the gig economy, Uber and Lyft quickly bought their own micromobility startups and got in the scooter-and-bike game.

It’s not just scooter rides that these companies are competing for, although of course they compete for those. This business model begins, you’ll recall, with both the scooter and the cell phone which unlocks it. Knowing where your ride ends and where you might want to go next could, in the right hands, be commercially valuable information.

Taken just a few steps further, this raises its own set of regulatory questions. As Tanner said, this is a subject likely to be addressed on a regular basis.

Previous Article
Leadership in Atlanta continues to change and evolve
Next Article
What Happens When Women Don’t Tell Their Own Stories? Wikipedia’s Massive Gender Gap and How to Change It.