Lessons learned from an island

Georgia’s 100 miles of coastline and its many barrier islands are truly a rare and beautiful gift to us. This became clear to me when my wife and I decided to move to St. Simons Island from Atlanta upon retirement about five years ago. 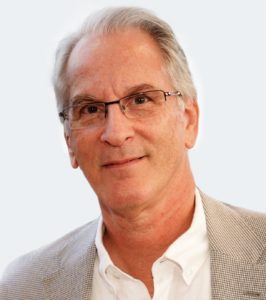 St. Simons is one of only four Georgia barrier islands accessible by car. The others include Sea Island, Jekyll and Tybee islands. For many years I believed that these sanctuaries of nature were somewhat undiscovered. But clearly, that’s no longer the case and that is where my story begins.

Almost as soon as I arrived on the Georgia coast, I ran into an old friend who is also a retired video and film producer. We met in childbirth education class in Atlanta and our kids were close friends. Small world, indeed. As we became re-acquainted, George Crain said to me, “Lance, I have a project for us.” Since I’d just retired, I took my time asking for details.

When you move to a new place, you literally have new eyes. I had worked as a consultant to the Atlanta Regional Commission for the last 10 years of my career, managing all its video production including a TV show about metro Atlanta’s growth. From that experience, I learned to look more deeply at communities and what they were made of, what made them tick … or not. I had seen new cities and town centers emerge, learned what helped them thrive and pondered the ideal balance needed between growth and quality of life. 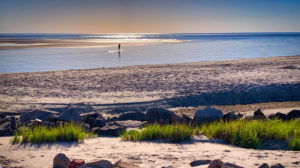 The view of an early morning paddle boarder seen from Gould’s Inlet on St. Simons Island. One person interviewed in the film said, “Folks are not just fighting to keep a big condo from going up next to their house, they’re fighting to keep things … special.” Credit: Courtesy of Lance Lipman

So, it was through the lens of regional planning that I began to see my new home as more than just a fantastically beautiful place. I saw it starting to experience some of the challenges that I just left – increasing traffic, reduced tree canopy, sprawling residential development, inadequate infrastructure and of all things, the honking of car horns! Residents were taking notice and asking if there was a plan.

How much of this natural beauty, charm and aesthetic could we afford to lose? It began to concern me enough to ask my old friend George to tell me more about that “preserving the charm” project he had mentioned earlier. He knew from years of living on the island that it was changing and possibly becoming “over-loved.” The charm that attracted us here in the first place could be in jeopardy. And, he asked me to help him produce a film to show what’s at risk if we don’t plan carefully and engage locals to become more involved in the process.

George and I began to put our skills to the task of capturing what made St. Simons Island special and why it deserves careful thought going forward. We knew we didn’t have all the answers, only good questions, like how can St. Simons survive its success? 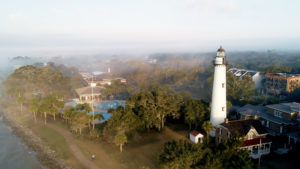 An aerial still from the documentary ‘St. Simons: Surviving Success’ shows the village area early on a foggy morning. One person interviewed in the film said, ‘This is not Disneyland. There a lot of charm here, but it’s authentic.’ Credit: Courtesy Lance Lipman

So, producing a 15-minute documentary about this island became the unexpected start to my retirement. Our plan appeared simple. Interview a group of islanders about the big issues, what they loved about the place and what they hoped to change. Keep it positive. Avoid politics. Motivate. Build community. Simple, right?

Our interviewees came from a variety of backgrounds: real estate, aviation, marketing, tourism, restaurants, medicine, law enforcement, non-profits and even urban planning. All shared one thing, a love for this island community and the desire to keep it special. The pressure was on to do this right, which kept us on our toes. After our short video trailer quickly racked up thousands of views and many positive comments, we knew we had something.

After many rounds of editing and almost three years later, we premiered St. Simons: Surviving Success at the St. Simons Land Trust’s Live Oak Society annual donor event. The Land Trust’s promotion gave us the prominent start we needed. Subsequently, more than 1,500 people viewed our film at public and private screenings throughout the island. Not one but several showings were necessary, due to demand, when the local movie theater previewed the film to over 500 folks. We were also accepted into three film festivals in the Southeast. 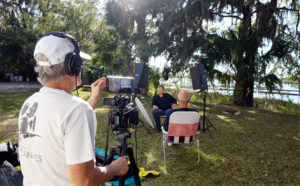 The community responded to support our efforts and the conversations began. After each screening, a presentation laid out the stakes; if the island becomes fully developed without good planning, our quality of life will be impacted. The documentary has now been publicly released online and been viewed more than 7,500 times.

One of our most gratifying moments thus far was when one of the people interviewed for the film decided to run for the Glynn County Board of Commissioners. He said our documentary “spoke to him,” motivating him to take on a leadership role for our island community.

I share this story with you for one simple reason. If I can be an accidental change agent, so can you. George and I just wanted to get people thinking, talking to each other and to become more involved in shaping this island’s future. We knew how to craft a film. We gave it a try. People responded. Someone stepped up to continue the work. Hopefully, this is not the end of story.

I encourage you to take a look at your community with new eyes. It’s certainly a good time to do so. Don’t take for granted what you have. Believe that you can make a difference and that others around you will join you.

Note to Readers: During his career, Lance Lipman produced, directed, photographed and edited documentary, corporate and broadcast projects. ‘St. Simons: Surviving Success’ is on Facebook and can be seen here. Samples of his work can be viewed on Vimeo. 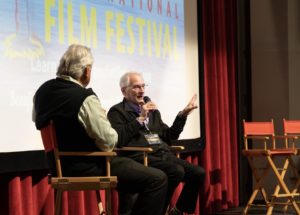 Director Lance Lipman answers audience questions after a screening at the Beaufort (SC) International Film Festival earlier this year. BIFF is a festival which seeks films with impact and calls to action. Credit: Lance Lipman 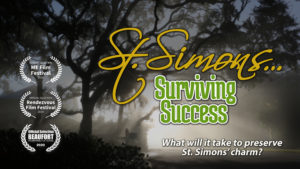