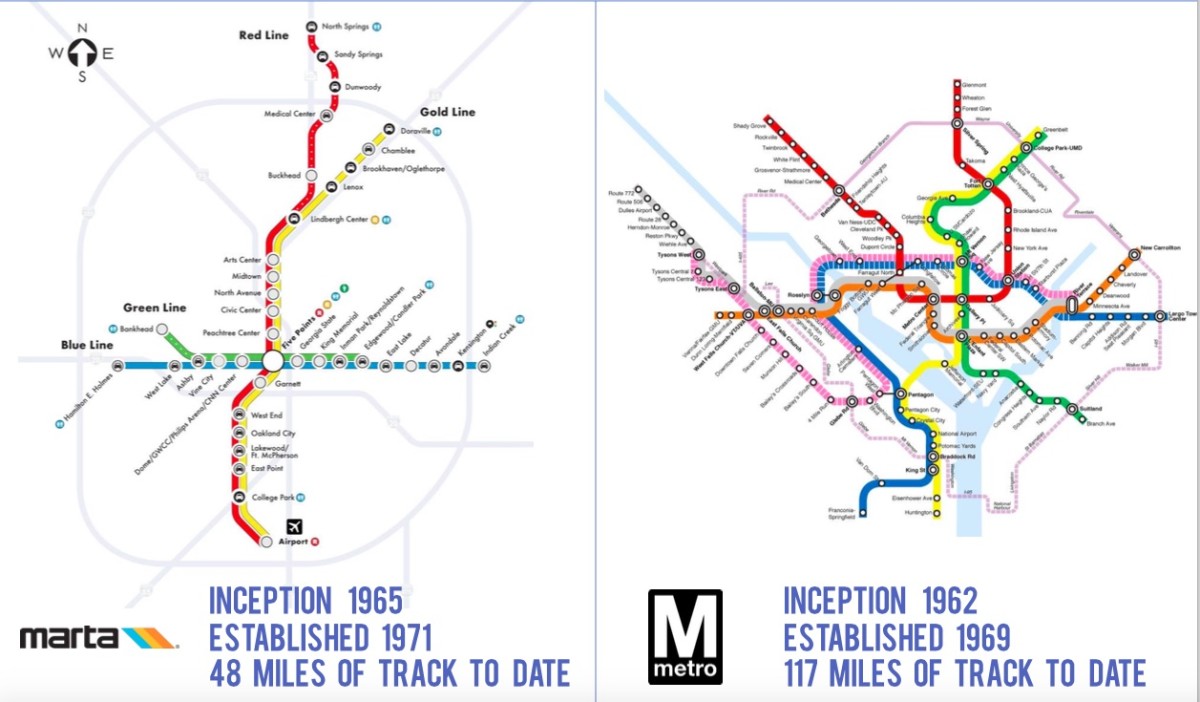 As Fulton County leaders weigh two different approaches to fund transportation, they may end up in a head-on collision where everyone loses.

Or, if the various parties can work out a compromise, everyone can win.

One approach is taking shape among Fulton County’s mayors and commissioners, who met on Monday and reached a consensus to go for a full-penny transportation, five-year sales tax in a referendum a year from now. That option almost is destined to be invested primarily in roads except in the City of Atlanta, which is trying to secure funding to expand the streetcar so it can connect and run along the Atlanta BeltLine. 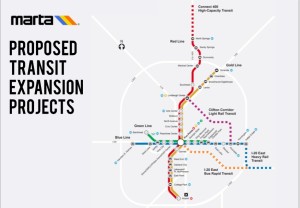 The second approach is one being proposed by MARTA. That plan is to go to voters in the City of Atlanta, Fulton and DeKalb counties and ask them to approve another half-penny for 40 years to expand rail and bus rapid transit in the region.

That option would extend MARTA rail to Alpharetta; build a light-rail line connecting the Lindbergh MARTA Station to the Avondale Station along the Clifton Corridor; extending the Atlanta Streetcar to the BeltLine; and developing a BRT line serving South DeKalb as well as extending the existing East Line along I-20.

Atlanta Mayor Kasim Reed, who did not attend Monday’s meeting, said after the BeltLine quarterly meeting last week that it’s still too early to know the best approach.

Reed added that there’s a possibility Fulton County could go for a fraction of a penny – say a half penny, which would make it easier for MARTA to also ask for a half penny.

“There’s no hope of passing a penny and a half penny,” said Reed, who added that for him “any conversation around a penny has to involve consideration of the Atlanta BeltLine and that transportation mix.” 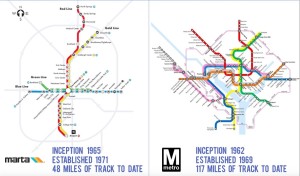 MARTA and Washington, D.C.’s METRO were funded at about the same time, but METRO has kept expanding (Source: MARTA)

Fulton County Commission Chairman John Eaves polled the nine mayors present at Monday’s meeting about their preferences. They all expressed the same sentiment – go for a full penny, even if that meant leaving MARTA out of the equation.

Alpharetta Mayor David Belle Isle acknowledged that MARTA’s expansion plans would serve his city but he was not sold that was the way to go.

“If it comes to being able to use that half penny, the benefit to our city would be much better with it going to roads,” Belle Isle said. “I would much rather see these dollars spent on something we can see.”

Because the Fulton approach for a penny sales tax would only be for five years, that would make it nearly impossible to fund MARTA rail.

And the project lists being proposed by the various cities, with the exception of Atlanta, include primarily resurfacing of roads, improving bridges, building or widening roads and possibly adding sidewalks.

“We are going to go for a bond if this doesn’t work,” Belle Isle said about his project list – indicating that his city options to fund its transportation projects. 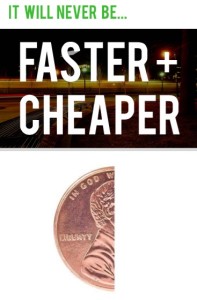 Johns Creek Mayor Mike Bodker said it all comes down to voters being able to trust government. If the county passed a full penny and could show immediate improvement on traffic flows, then in five years voters might be more willing to support transit rather than roads.

Bodker added that North Fulton does not have enough density for heavy rail. Plus residents cities like Roswell and Alpharetta have little interest in transit-oriented developments and more densely-populated communities.

Marvin Arrington Jr. was even more blunt. MARTA’s expansion plans do not include his district in South Fulton.

Because “there’s no MARTA coming to South Fulton, I don’t want them to get half of the money.”

Eaves was more circumspect, saying in an interview after the meeting that he supports MARTA.

“We just haven’t figured out the MARTA piece yet,” Eaves said. “I believe the transit piece and MARTA can be dealt with by the City of Atlanta.”

But Eaves said he does not want Fulton County to ask for 75 percent of a penny, much less 50 percent to give MARTA a decent chance to ask voters for a half penny.

“I think we can find a balance,” Eaves said. “I’m just encouraged that the cities at least have some control over their projects. I have a very diverse jurisdiction that I oversee, and I’m trying to figure out the best path to get everyone on board.” 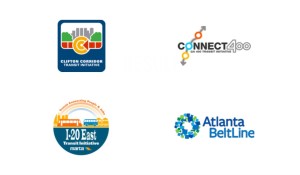 “But advocates for MARTA are seeing the choices through a different lens.

Additional resources are needed to expand MARTA to its full potential, which the overwhelming number of Fulton and DeKalb voters have said they want,” said Robbie Ashe III, chairman of MARTA’s board. “We look forward to continuing to work with our jurisdictions (Fulton, DeKalb and Atlanta) to make that possible.”

Mark Toro, president and CEO of North American Properties, recently made an even stronger case for MARTA in a presentation to the Rotary Club of Atlanta.

“The economic health of our region depends on transit,” Toro said. “It’s not about our commute. It’s about our ability to compete.”

Toro then reeled off several companies that have decided to locate their operations near MARTA – NCR, the Pulte Group, State Farm, Mercedes-Benz, Veritiv and Kaiser Permanente.

“We can’t rest on our laurels,” Toro said. “God knows we can build roads. But it’s about the old economy versus new economy. Relocations are following transit and talent. ”

In many ways, we’re back to the tension that existed in 2012 when the region tried (and failed) to get voters to approve a T-SPLOST. 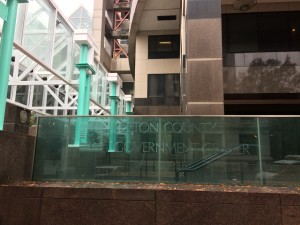 The T-SPLOST had an uphill battle from the beginning with the referendum being put on the ballot during a primary election rather than a general election when more people go to the polls.

Now everyone – from MARTA and Fulton County leaders – are eyeing to hold the referendum next November during the presidential election.

Matters are further complicated by the fact that the City of Atlanta is planning to hold a referendum for voters to approve a penny sales tax for another round of water and sewer investments.

And then the school systems in Atlanta, Fulton and DeKalb are weighing another round to fund facility improvements for public education with another one-penny sales tax.

So how much in sales taxes will voters in Atlanta, Fulton and DeKalb tolerate? And would they fund all of the above – a penny for transportation, a MARTA half-penny, a water-sewer penny and an education tax?

Wouldn’t it be sad if all these efforts were to cancel each other out?

For all of us to win, our leaders will have to come up with a way to support MARTA as well as a fractional sales tax for Fulton County and its cities. 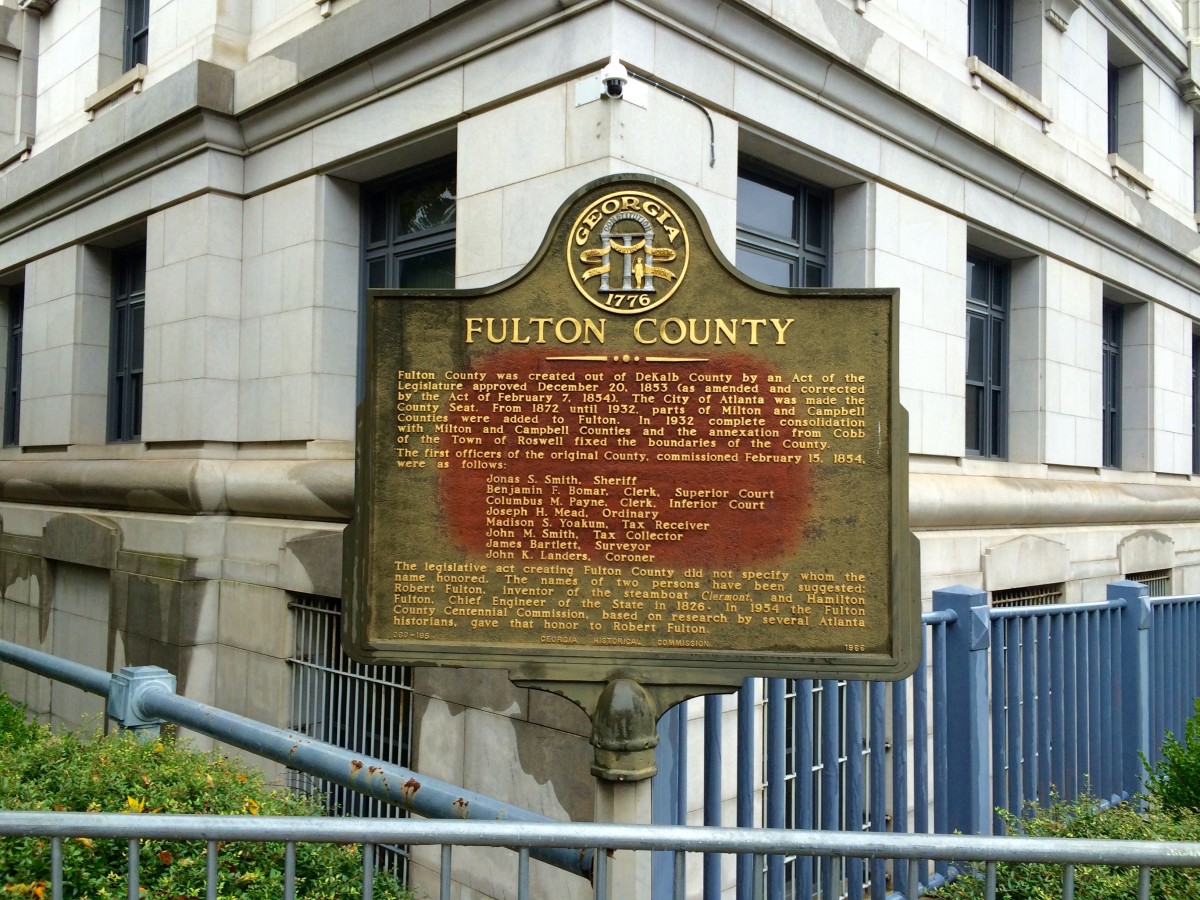 Fulton County’s commissioners as well as the mayors of the cities in the county consider a sales tax to fund transportation. Fulton County plaque in front of one the county’s buildings. (Photo by Maria Saporta)

Previous Article
Kenny Leon: The Broadway storyteller directs ‘The Wiz’ on NBC
Next Article
Commentary: Atlanta is a major hub for mobile connectivity