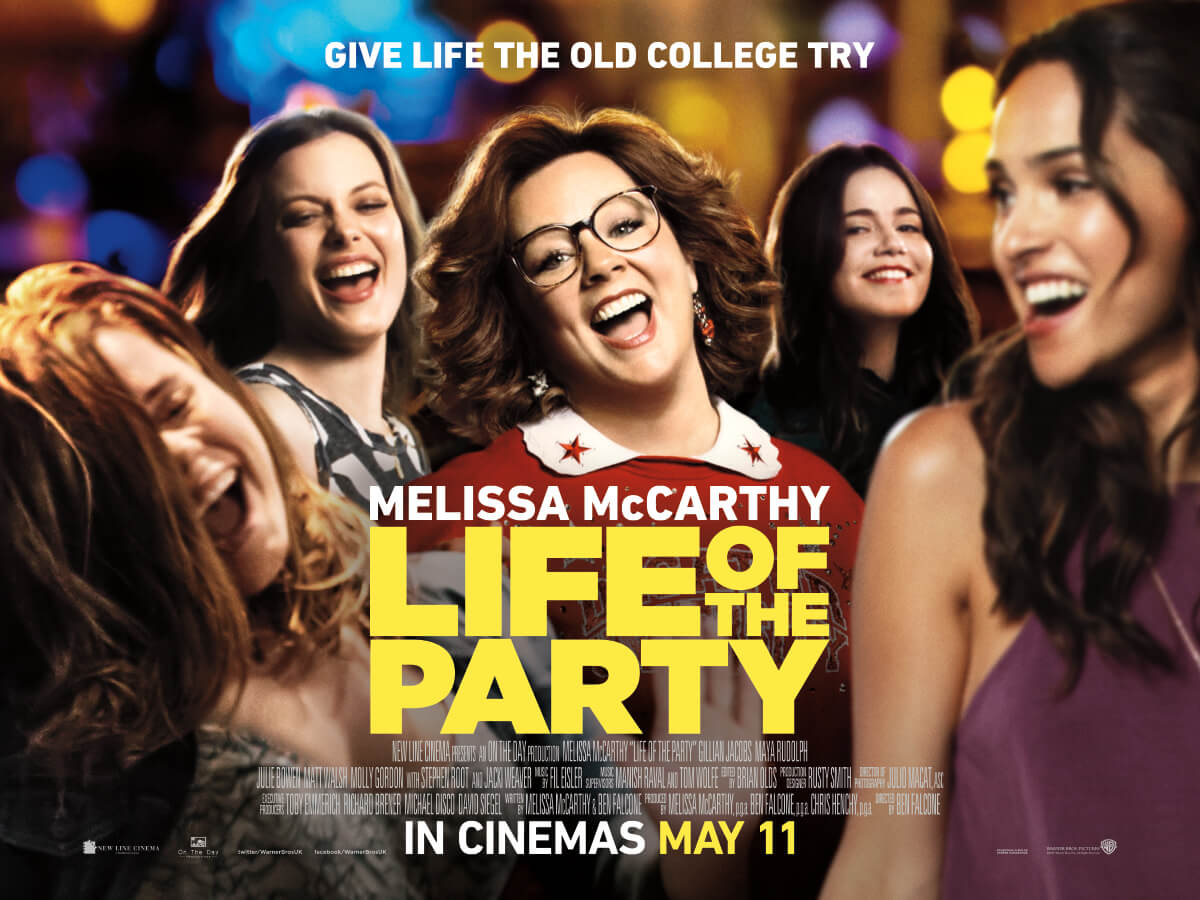 "Life of the Party" movie poster

Here is an unfortunate rule of thumb about Melissa McCarthy movies: If her husband, Ben Falcone, is involved, stay away.

Without Falcone, she made “Spy,” “The Heat,” and “Bridesmaids.”

Yeah, love is blind and all that, but doesn’t she have an agent? 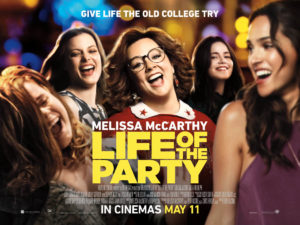 “Life of the Party” movie poster

If “Life of the Party” sounds like a gender-bended “Back to School,” Rodney Dangerfield’s 1986 movie about a guy enrolling in the same college as his kid, that’s because it kinda is.

McCarthy plays Deanna. Resplendent in her pink “Proud Mom” sweatshirt, she and her husband Dan (“Veep’s’ Matt Walsh) have just dropped off their daughter, Maddie (Molly Gordon), a senior at Decatur College.  Their car has barely pulled out of the sorority house driveway when Dan confesses he’s in love with someone else and wants a divorce.

Rather than start a blog or a spinning class — both possibilities she briefly considers, both better jokes than most of the rest of the movie — Deanna decides to re-enroll at Decatur, which she dropped out of when she got pregnant with Maddie, and finally get her degree in archaeology.

Reality Check Part A: What century are we talking? She dropped out of school because…????

Reality Check Part B:  Where in the world does a degree in archaeology translate into a paying job?

Well, Reality isn’t really the point here, which would be fine if  “Life of the Party” was, well…um…the word I’m going for, I think, is funny.

But it isn’t. Rather, it’s a random series of sketches showcasing McCarthy’s eternally sunshine-y Deanna. 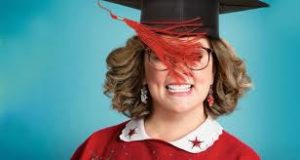 Melissa McCarthy in “Life of the Party”

As in, getting to be besties with her daughter’s sorority sisters (an amusing if underused group). Getting down and dirty with a sweet-natured hunk (Luke Benward) she meets at a frat party. Getting dissed by some generic Mean Girls. Getting her own back at her ex and his snooty new wife (“Modern Family’s” Julie Bowen). And getting that all-important diploma in — yes! — archaeology.

As she’s proven in other pictures and on TV (especially her priceless Sean Spicer impersonation on “SNL”), McCarthy is more than just an endearing personality. She’s an inspired zany who, even when she was plus-plus-plus sized (she’s since whittled down to barely a single plus), didn’t deal in standard Fat Girl jokes. For those of us who didn’t know her from her TV series, her work in “Bridesmaids” was revelatory (even if the movie as a whole was not).

We see very little of that McCarthy here. In her place is a tepid, tamped-down version who never lets the side down, so to speak (I don’t think “phoning it in” is in her vocabulary), but also never evokes gut-busting laughter. For comparison, watch five minutes — any five minutes — of “Spy.”

“Life of the Party” isn’t a slog, but given how talented McCarthy is, it’s a waste of time.