Lillian Smith: The artist as activist 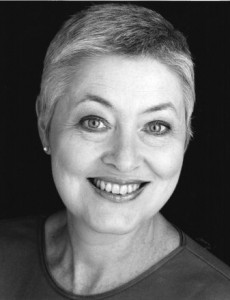 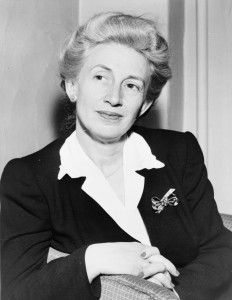 With her works Strange Fruit and Killers of the Dream, the writer Lillian Smith denounced racism and segregation in the South.

The arts are entertaining, educational, invigorating. The arts are part of life, though we may not all agree on what constitute “the arts.”

I am inclined to put music, drama, literature, stories, poetry, and so forth into “the arts” category. Of course, categorization has its own challenges. Shakespeare’s plays are theatrical, and also proper subjects of deep scholarly inquiry by experts in literature and history, areas of study sometimes described as “the humanities.”

The arts are not always entertaining — nor meant to be. Artists, much like the prophets of old, also carry a society’s “backstories,” giving us the truths (and forebodings) that we cannot or wish not to hear. I believe the Georgia writer Lillian Smith is a modern-day prophet.

As New Georgia Encyclopedia contributor and editor John Inscoe puts it, “No southerner was more outspoken in expressing moral indignation about the region’s injustices and inequities during the pre-civil rights era than Lillian Smith.” 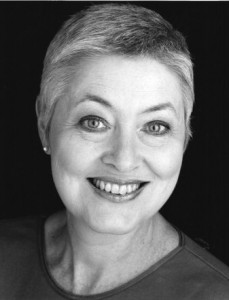 In the past year, the well-known Atlanta-based actor Brenda Bynum has been performing a one-act play as Smith, called “Jordan Is So Chilly: An Encounter with Lillian Smith.” She immersed herself in Smith’s literature, letters, and records, and through her performance, Bynum has brought to life the condition of the southern soul in the days of Jim Crow.

Lillian Smith was born in 1897 in Jasper, Florida, one of many children. Her father owned a local turpentine distilling company that provided his family with a comfortable living and secure place in the community. With the onset of World War I and its disruptions of international trade, his business went broke. He resettled his family to their former summer home on Screamer Mountain, in Clayton, Georgia.

There, he opened a hotel and soon after the Laurel Falls Girls Camp. Meanwhile, Lillian attended Piedmont College in nearby Demorest for one year, and pursued her musical interests at the Peabody Conservatory in Baltimore. She then spent three years in China, where she served as a music teacher in a Methodist mission, an experience that profoundly influenced her awareness of oppression, exploitation, and the treatment of women.

With her father’s health declining, Smith returned to the north Georgia mountains to help run Laurel Falls Girls Camp. After he died, she took over its operations and in time created a highly regarded (and widely-known) summer program for girls that emphasized reading, the arts, and outdoors experience.

For the next twenty-three years she divided her time between managing the camp and pursuing a writer’s life, each nourishing the other in some important ways. She believed profoundly in the right of each person to choose — and make — her own life. She helped found and edited a literary magazine, wrote commentaries in national media that blasted the South’s system of segregation, and authored four books, including Strange Fruit (1944) and Killers of the Dream (1949, rev. 1961). She died in 1966.

While southern historians, literary scholars, and veterans of the civil rights movement remember her work and life, and especially her magnum opus, Killers of the Dream, among today’s general public she is little known, if not forgotten.

That was certainly not the case during her lifetime. When her first novel, Strange Fruit, appeared in 1944, national reviews touted her as a bright new star in literature, and the book was a runaway best seller. Despite its sales, commentators in her home state and throughout the South roundly rebuked the book and its author as offensive, repellent, and obscene. (The former governor Eugene Talmadge called the book a “literary corncob.”) If it was sold at all in stores, it was usually from under the counter. Strange Fruit ran into problems outside of Dixie, too; it was legally banned in Boston and by the U.S. Post Office. 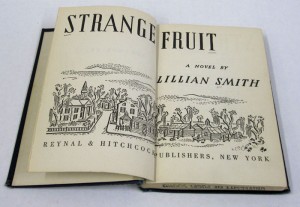 In her novel Strange Fruit (1944) Lillian Smith used a story of interracial love to denounce racism and segregation.

Strange Fruit is set in the fictional south Georgia town of Maxwell in 1920. In telling the story of its two central characters, Tracy Deen (a white man) and Nonnie Anderson (a black woman), Smith maps the complex relations of sexuality, religion, race, violence, and social class that dominate small-town life — taboo topics then, and for many, still so.

The book has no great heroes or villains, simply some good and well-intended characters, and some not. Consigned to destinies stunted or made tragic by the all-pervading poison of white supremacy, nobody in the little town of Maxwell is left untouched. These are themes she returns to in all her work, fiction and nonfiction alike.

Brenda Bynum’s brilliant solo performance lifts a new curtain on Lillian Smith, one whose vision of life and society may still be ahead of its time, continuing to call us to examine our own lives and the impact each of us makes to the moral fabric of our communities. Smith’s work reveals to us the need to assess critically the social structures in which we are nurtured so we that we can be equipped to effectively contribute to eradicating the blights of exploitation, hypocrisy, and injustice. 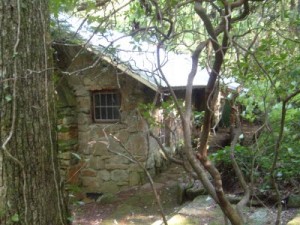 With the objective of “leaving a Lillian Smith footprint” wherever she can in the state, Bynum’s performances may well initiate a popular rediscovery. For Smith endures as an original expression of Georgia’s literary imagination and a prophetic voice in the universal call for human dignity and freedom, as relevant in this new century as in her own time.

Today, Piedmont College owns and manages the Lillian E. Smith Center on Screamer Mountain, together with the grounds and cabins of historic Laurel Falls Girls Camp. Smith’s collected papers are housed in the Hargrett Collection at the University of Georgia Library. She is also an inaugural member of the Georgia Writers Hall of Fame. The Southern Regional Council and the University of Georgia present an annual Lillian E. Smith book award for “literary merit, moral vision, and honest representation of the South, its people, problems, and promises.”

In February Bynum will be performing locally at Georgia State University and the University of Georgia. Admission is free.

Feb 22 at 5pm at UGA: http://calendar.uga.edu/index.php/detail/an-encounter-with-lillian-smith

Previous Article
College Costs 2013/2014: Increases Slow, but So Does Growth in Grant Aid
Next Article
The State of the States, Part 2