Before joining Literacy Action, Dickson served as director of philanthropy for Action Ministries, a statewide, faith-based, homeless services and basic needs organization. He also has worked for the Community Foundation for Greater Atlanta on its regional and environmental initiatives.

Dickson is a Texas native and a graduate of Texas Christian University. He earned master’s degrees from the School of Divinity at the University of Edinburgh, Scotland, and the Candler School of Theology at Emory University, where he was the student body president. He also holds a master’s in public policy from Georgia Tech. He has taught philosophy at Clayton State University since 2008. 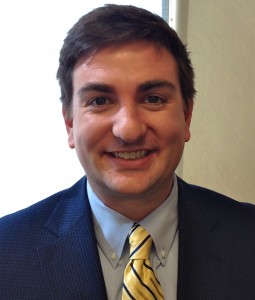 Dickson also is involved with community organizations, serving in a leadership role at the East Lake Family YMCA and at several startup nonprofits, such as the Atlanta Music Project, Community Farmers Markets, Georgia Benefits Counsel, and L’Arche Atlanta.

After his tenure as the president of the East Atlanta Community Association (2010-2011), the community received DeKalb County’s Ernest Prather Neighborhood Award, which recognizes best practices in community development. He is a member of the LEAD Atlanta Class of 2012 and the Leadership DeKalb Class of 2013.

“It’s exciting to take on this leadership role with one of the most high-performing organizations here in Atlanta. We look forward to expanding our services in the city and in the region,” Dickson said in a statement.

In the coming year, Literacy Action will continue to focus on its student-centered mission by providing exceptional programming for adults seeking literacy and work skills, as well as raising awareness on the low-literacy epidemic in the Atlanta region and throughout Georgia.