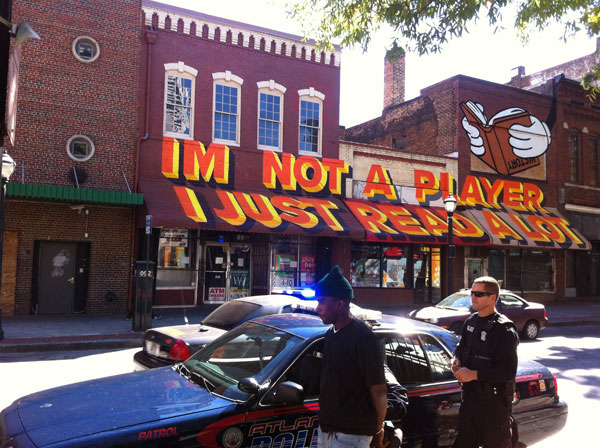 I’ve lived downtown for nearly my entire adult life, much to the chagrin of suburban living family and friends.

The second most common question is, “Wow, people live downtown?”

While I’m certainly deliberate while on foot, I’ve yet to experience egregious harassment, outside of the occasional panhandler or drunkard. And, I suspect if local government provided adequate supportive housing for the many troubled individuals who roam downtown streets, perceptions of safety would improve.

For the record, downtown’s border ends at Peachtree and North Avenue; we residents are particular about these things.

To be sure, the Ambassador Force, funded by Central Atlanta Progress, continue to make a difference in north downtown where tourists convene. As a longtime resident, it’s promising to hear CAP plans to double down on improving security across downtown.

Even so, south of Marietta remains in need of some T-L-C. 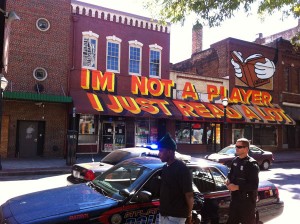 Just steps away from the region’s transit hub you’ll find offices for the local, state and federal governments. At night, you’ll also be able to score your drug of choice. It’s not uncommon to hear of a shooting in or around the Underground Atlanta area.

I often joke with friends that my neighborhood is Atlanta’s unofficial Hamsterdam, the experiential legal drug zone in HBO’s The Wire. In the show, the affable Police Major Colvin creates the zone to move and sequester illicit behavior into what he thinks is an uninhabited area of the city.

On a recent Saturday afternoon, as I exited my building, I witnessed a drug deal while the sun was high in the sky and a police precinct was just a block away. The street dealer pulled a Ziploc bag of drugs out of his boxers and passed what appeared to be a couple of heroin capsules to two older African-Americans. The exchange was casual, natural.

The kicker – this took place on a street specifically designated as a Drug Free Zone, thanks to the persistence of a number of Atlanta City Councilmembers and my vigilant neighbors.

More than a year ago, the community successfully forced the closure of a south Broad Street convenience store that not so quietly doubled as a place to buy and sell drugs. Things were going to change – or so we thought. In short order, the suspect behavior continued.

The dozens of individuals loitering in the area appear to have no legitimate business. There is little commerce in this part of downtown. Neighbors regularly call the police to report suspicious behavior. Recently, one neighbor, while out walking his dog, called 911 to report drug activity. While waiting outside for the police, he was assaulted by an individual on the street, sustaining injury to his arm and chest.

I’ve always been deliberate in my comings and goings, particularly at night, but it always hit close to home when the person assaulted lives in your building.

South downtown is also home to Underground Atlanta, a redevelopment project that could cost upwards of $350 million. Construction is at least a year out and as residents, we all hope the timeline for the closure of Hamsterdam kicks into high gear.

Downtown Atlanta is home to the best the city has to offer – convenient transit access, walkability, greenspace, work and play.

But, our growth will continue to be stunted without active, consistent coordination between law enforcement agencies.

It’s time to shut down Hamsterdam.