London to Topeka: A long arc of spectacular miscalculation 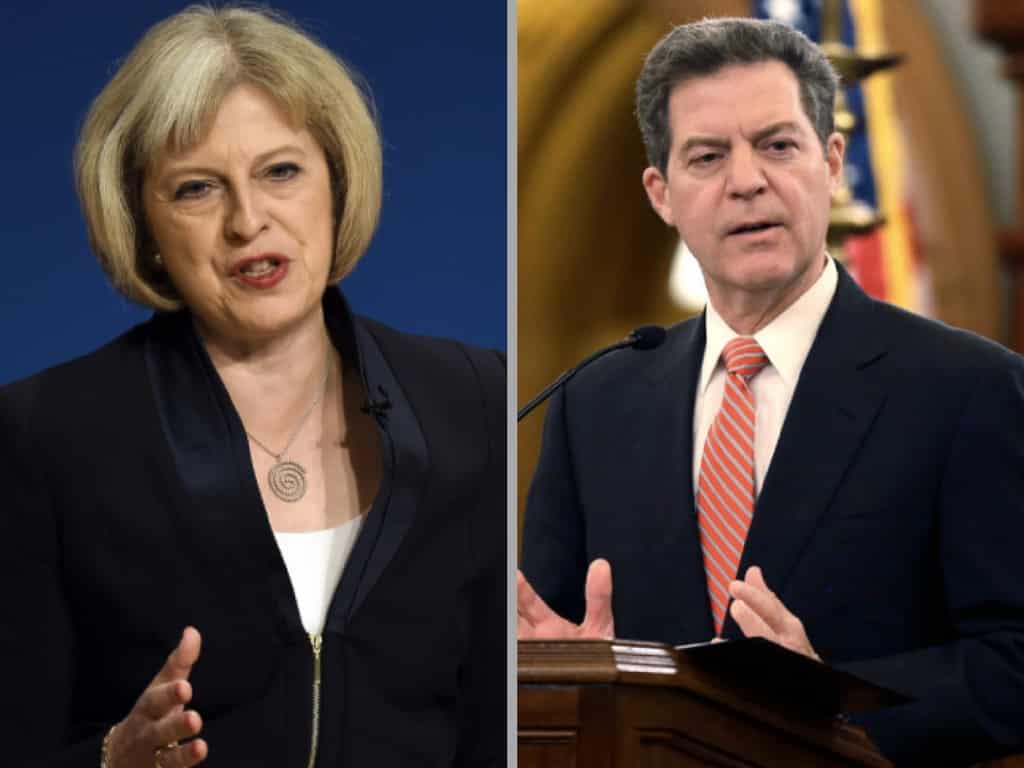 It’s a long arc that links London to Topeka, but last week a common theme of stupendous miscalculation connected those two capitals.

Thanks to a succession of wounds inflicted on itself by the United Kingdom’s Conservative Party, that country finds itself in a condition like Trumpism, with no Trump at the center of it. Former Prime Minister David Cameron unleashed the dragons he intended to put to rest when he called for last year’s referendum on whether the country should stay in the European Union and lost, in the spectacular upset which presaged Donald Trump’s victory in the United States.

Prime Minister Theresa May then compounded the error by calling the snap election in which her party last week lost its majority in Parliament, leaving the nation politically divided just as it heads into a crucial phase of the Brexit negotiations. To hold power the Conservatives have joined with the Democratic Unionist Party of Northern Ireland, whose platform sounds like a warmup list for a West Virginia Trump rally.

The younger and more educated voters who didn’t show up in sufficient numbers to keep the country in the EU came out heavily in last week’s election, leaving the UK’s electoral map in a jumble. The Labor Party won seats in upscale districts it hasn’t held in a century while it continues to struggle in its traditional base and remains out of power — all of which should have a familiar ring. UKIP, the party which led the Brexit movement, collapsed. Things have been turned inside out, much as they have here.

We can’t know how the British Conservatives would have fared if Cameron hadn’t set all this in motion with the Brexit referendum, but seldom have a party’s calamities been so directly tied to its leaders repeated, simple inability to count correctly. Labor leader Jeremy Corbyn’s perceived vulnerability seduced May into the non-mathematical calculation that she wasn’t vulnerable herself.

Bad math is also key to how Gov. Sam Brownback’s “real live experiment” with the Kansas economy came to an end, as that state’s legislature voted to override the governor’s veto and rollback the massive tax cuts he initiated in 2012. 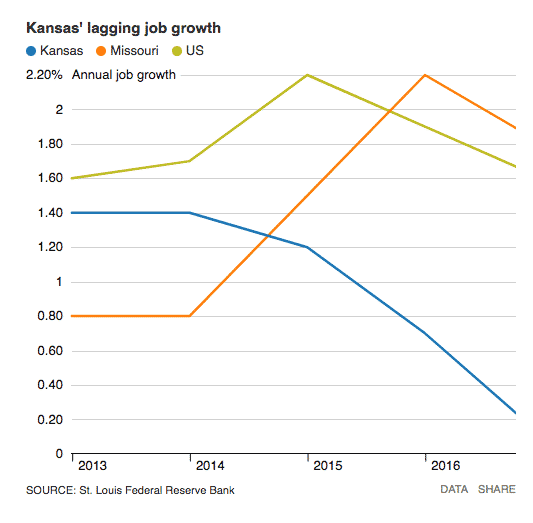 Last year, Kansas added a meager 2,100 jobs, for growth of 0.15 percent. Employment in Missouri and the nation grew more than 10 times as fast. Missouri also outpaced Kansas in job growth in 2014 and 2015.

Brownback, a committed supply-sider, not only made deep cuts in taxes across the board; he completely eliminated income taxes on sole proprietorships, partnerships and limited liability companies, spurring quite an uptick in Kansans setting themselves up in “business.” He promised this plan would juice up the state’s economy like a pilled-up trucker barreling down I-70 toward Colorado. (He used less colorful language, but that was the sense.)

The opposite happened. Job growth has been one-tenth that of neighboring Missouri. The state’s economy has grown less than half as fast as the nation at large. The state budget deficit has exploded. The State Supreme Court has stepped in to order a halt to deep cuts in the state’s school system.

Through one budget crisis after another, Brownback has remained steadfast, resilient to any adjustments in the assumptions underlying his plan. He won a second term as the spiral deepened, but in the past few elections moderate Republicans have slowly gained ground on Brownback loyalists in the legislature, and last week growing unhappiness with the grand experiment reached a tipping point.

Yet Brownback has been very persuasive. The Missouri legislature has attempted to pass a Brownback-style tax cut several times, even as its economy has soared past its neighbor’s. That’s not the only place where his ideas still hold great sway.

When Brownback was in Congress, he hired an ambitious young Republican, Paul Ryan, to be his legislative director. Brownback’s persuasive qualities are reflected in House Speaker Ryan’s vision of the federal budget, with huge tax cuts enabled by dramatic reductions in spending.

With Republicans in control of the White House and Congress, Ryan was like “a kid in a candy store,” Brownback said fondly of his former aide in a recent interview.

It’s a little chilling to reflect that the Kansas governor said this even as his own real live experiment was having such real live consequences.

Beyond the Russia story, beyond the daily commotion of the new administration, some kind of reckoning is coming with respect to taxes, social safety-net spending and healthcare, all of which are so densely entangled the Republican majority has had difficulty getting its arms around them.

Not only Republican voters but Wall Street investors have been convinced that something like what Brownback tried in Kansas will turbocharge the nation’s economy. The first problem is that even with their majority, the Congressional Republicans may not be able to pass anything like that.

The second problem is, they might. As the events of last showed, political convictions can’t correct bad math.