‘The Lost City of Z’ – a haunting, must-see movie 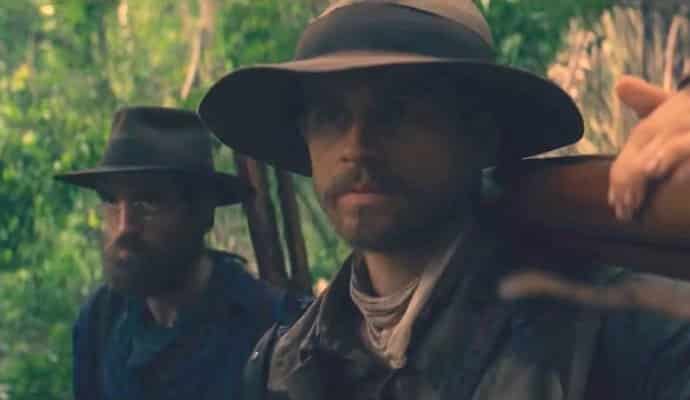 The last scenes of “The Lost City of Z” may haunt you for days. Weeks. Maybe months.  They are as chilling, eerie and, yes, spiritual as anything at the movies in recent memory.
But no spoilers here. You’ll have to see for yourself. And you really should. 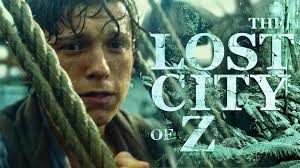 Poster of “The Lost City of Z”

Director James Gray’s movie is based on the true story of an early 20th-century English explorer, Percy Fawcett (Charlie Hunnam), who undertook several expeditions up the Amazon in search of a mysterious — and perhaps non-existent — ancient city he dubbed Z (well, Zed, actually, Fawcett being British and all that).
The first was at the behest of king and country. Someone was needed to map out the borders of Brazil and Bolivia. Not for any especially noble reasons — not even curiosity — but to sort out friction concerning certain rubber plantations. Fawcett is a good choice because he is almost…but not quite…an aristocrat.  As one fine gentleman says, it’s something about “being unfortunate in his choice of ancestors.”
When Fawcett begins, about all he knows of the Amazon jungle is that it’s somewhere in South America. But on his first trip, despite the threatening tribes, deadly animals and unspeakable diseases, he’s smitten. He’s also obsessed, having stumbled on some shards of pottery and mysterious carvings that seem to reinforce the natives’ talk about a legendary lost city.
For Fawcett, Z becomes a kind of Holy Grail — something unknown (and perhaps forever unknowable) that he dedicates his life to finding. And so he returns to the Amazon, encountering mounting dangers as well the inexplicable. 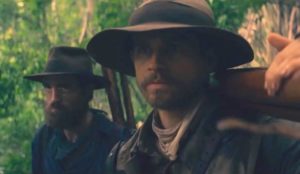 The Lost City of Z

Meanwhile, history keeps happening. Sometimes, it even interferes with Fawcett’s expeditions. World War I takes him into trench warfare so horrifying we’re hard put to figure out who the true barbarians are; by comparison, even a tribe of cannibals comes off as relatively benign.
“The Lost City of Z” is flush with the sort of breathtaking stuff that even the most amazing CGI can’t provide. Cinematographer Darius Khondji is the obvious hero, but a lot of the credit goes to the cast. Not just Hunnam, who has a true gift for finding the egoist/mystic /seeker within the gung-ho adventurer, but also Sienna Miller, as Fawcett’s wife, Robert Pattison as his capable right-hand man and Tom Holland as his eldest son, Jack.
As everyone from Francis Ford Coppola to Joseph Conrad to Werner Herzog has suggested, going upriver is not a journey to be undertaken lightly. But there’s something to be said about the choice to seek the great unknown.
Wherever it may be and whatever the cost.
Share5
Tweet
Share
Pin
Pocket
WhatsApp
Buffer
Email
Reddit
5 Shares
Tags: