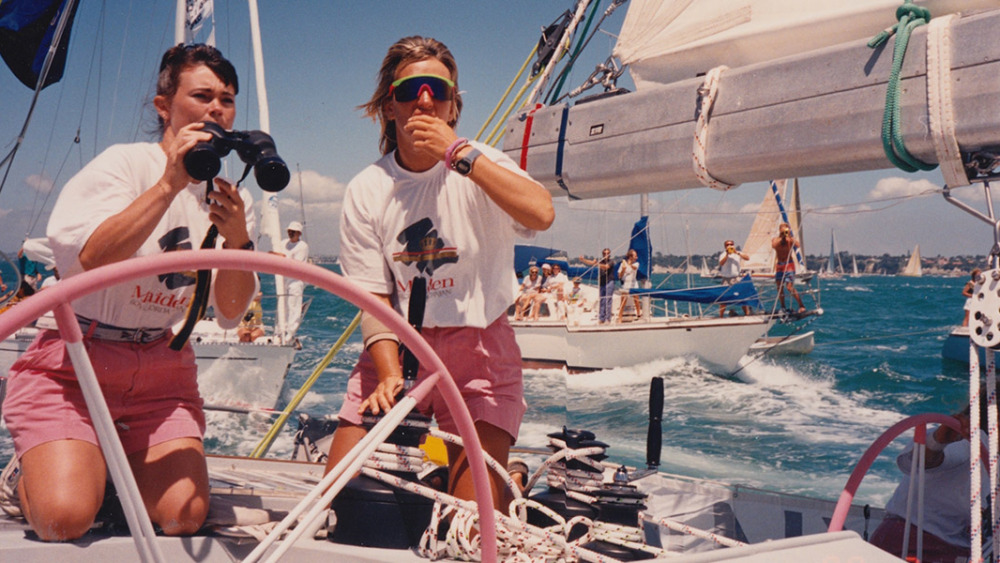 A scene from "Maiden"

“The sea is always trying to kill you,” says Tracy Edwards at the beginning of the documentary, “Maiden,” about the first ever all-female crew to compete in the Whitbread round-the-world sailing race. 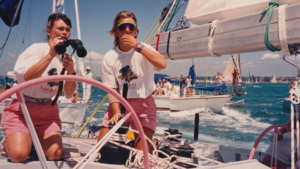 A scene from “Maiden”

At least the sea took her seriously. Nobody else did. After being unable to land a job (aside from chief cook and bottle washer) on any of the crafts likely to compete, the 20-something decided to take matters into her own hands. In 1989, thanks to financial backing from, of all people, Jordan’s King Hussein, Edwards managed to find both a boat and a team to crew it.  All that remained was nine months and 32,000 miles through perilous seas.

Almost as hard was negotiating the condescending press and the privileged other competitors who saw their effort as a stunt at best. “A tin full of tarts” sniffed one journalist.

It is, alas, all too familiar, but the movie is also a worthwhile reminder that nobody’s been “woke” all that long. 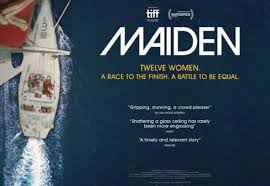 While the women’s feat is impressive, the documentary itself is a bit less so. It’s the usual mix of archival footage and talking heads (Not that what they say isn’t interesting;

“I realized that maybe I was a feminist” (one woman confesses).

And one does wonder where this footage has been all these years. Was no one interested?

That alone may be reason enough to support “Maiden,” now that it’s out there for all of us to see.