Major Journo Fail: Why the “60 Minutes” story on Marijuana was Half-Baked 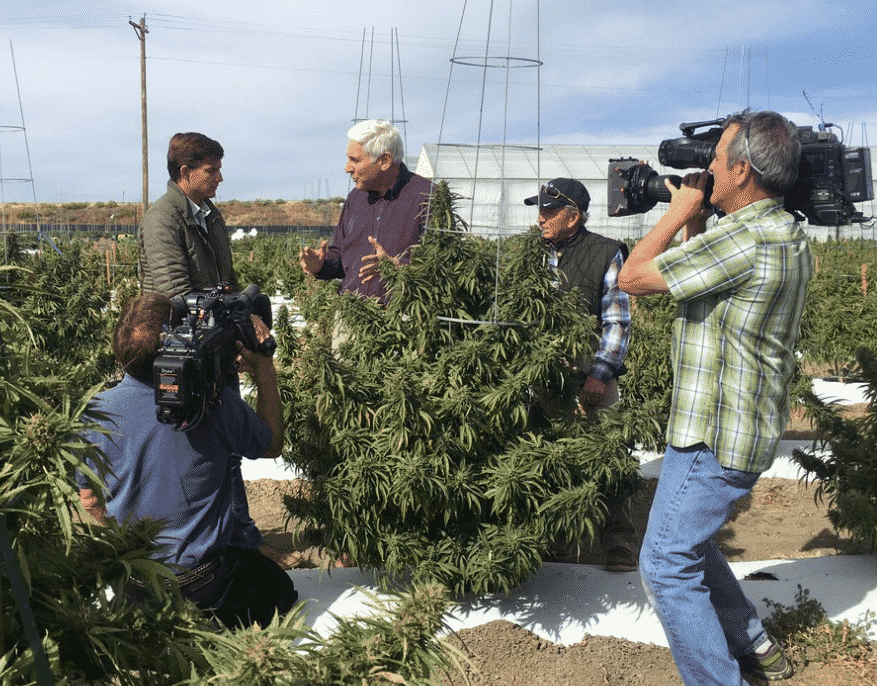 Diehards still watching broadcast TV may remember CBS as the “Tiffany Network,”  and the venerable “60 Minutes” newsmag as its crown jewel. Sadly, the show’s pre-election curtain-raiser about historic votes to legalize marijuana felt more like shopping for cubic zirconia knockoffs at the strip mall.

The “Pot Vote” story started out O.K. with an intro from Dr. Jon LaPook, the network’s white-haired chief medical correspondent. LaPook helpfully points out that on Election Day 2016, voters in five states will decide whether to legalize recreational marijuana, as Colorado had done in 2012. If all of those ballot measures pass, LaPook reports the percentage of people in the U.S. who can obtain cannabis without risking arrest or prosecution will increase fivefold. 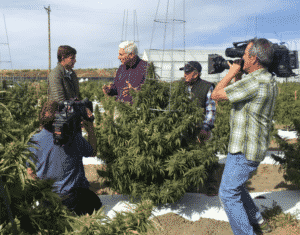 But after interviewing a former real estate investor who’s betting his fortune on a massive cannabis farm in Pueblo Colorado, the story quickly goes off the rails. In case you missed it, here’s a short list of assorted red herrings, context-free reporting and sins of journalistic laziness the program committed:

Bad Medicine: LaPook interviews a pediatrician at a hospital who supports a local measure that would completely ban marijuana cultivation because, you know, it’s bad for the babies. Citing “anecdotal” observations, the pediatrician claims 27 recent newborns tested positive for THC, marijuana’s psychoactive ingredient. The problem: Expectant mothers mistakenly believe that since marijuana is legal, it’s safe for them to consume. Really? What’s left unsaid by LaPook and his anecdote-spouting pediatrician is that marijuana is just one of MANY substances – including alcohol and prescription drugs – that pregnant and nursing women should, of course, avoid altogether. To single out marijuana without including that important caveat is irresponsible. (BTW, in case you hadn’t heard by now, just because something is “legal” doesn’t mean it’s also “safe.” See tobacco. Or voting for Donald Trump.)

The “Stronger Weed” Myth: LaPook also peddles the canard that today’s marijuana is much stronger than the grass your granddaddy used to smoke. While that may be true, it’s not particularly relevant. Unlike other intoxicants, many marijuana consumers tend to auto-titrate, which means they adjust their dosage based on the relative potency of the product. In reality, the more potent the marijuana, less of it is needed to achieve the desired effect. Beside that, more widespread legalization could help to ensure that consumers are getting more standardized doses, especially if they’re ingesting edible products.

More Bad Medicine: LaPook later interviews another medical colleague who has been studying the effects of marijuana for 25 years at the National Institute on Drug Abuse (NIDA). She tells us that marijuana lingers in fatty tissues and in the brain (which is one-third fat), for longer periods of time than alcohol does. While that’s true, the story never asks, nor answers the central question of whether the slow metabolic rate of marijuana in humans is a cause for concern, especially for developing brains. But just because marijuana remains in your body doesn’t mean you’re still high or otherwise impaired. And for the record, responsible adults and reform-minded advocates agree that marijuana should be stringently regulated (like alcohol) and should not be sold or used by minors for recreational purposes.

Police and Thieves: No story about marijuana would be complete without the law-and-order angle, and this one was no different. LaPook covers a major raid by the Pueblo County sheriff’s office of an illegal grow house that’s possibly connected to organized druglords from Miami or…New York City! The lawman contends that legalizing marijuana has not eliminated the black market, as he was promised. Instead, out-of-towners are setting up shop in Colorado and selling their unlicensed, unregulated product in other states. Well, Duh. It’s likely that situation will continue as long as marijuana is legal in some places and illegal in others – it’s called supply-and-demand. What’s galling is that the story never even mentions the true costs of fighting an un-winnable war on marijuana and how much it has devastated poor and minority communities for generations.

I can only guess that LaPook hasn’t been watching another TV medicine man, CNN’s Dr. Sanjay Gupta’s, who has aired a far more comprehensive and enlightening multi-part series on marijuana, called “Weed” which I strongly recommend. The show, I mean.

Despite “60 Minutes’” journalistic lapses, LaPook’s “Pot Vote” story wasn’t all bad. But viewers trying to sort out fact from fiction on this game-changing issue deserve much better from a show that’s still regarded as the platinum standard for explanatory reporting.

I’ll give LaPook a few points for at least interviewing Gov. John Hickenlooper of Colorado, whose state tallied about $140 million marijuana sales tax revenues last year and saw a dramatic decrease in marijuana arrests. Hickenlooper offered some cautious but hopeful advice to his counterparts in states where recreational marijuana is on next week’s ballot:

“No one can argue the old system wasn’t a disaster,” Hickenlooper said. “We had an old system where kids had open access to marijuana and everything was black market.  There was no regulation. There was all illegal activity. We were creating whole generations of kids that were growing up thinking that to break the law and make money selling drugs was perfectly fine. That’s what we’re trying to fight against.”

Georgia should be fighting against that too.

Georgia legislature sends pile of bills to governor — but some got no love
Maggie Lee April 1, 2021 12:26 am