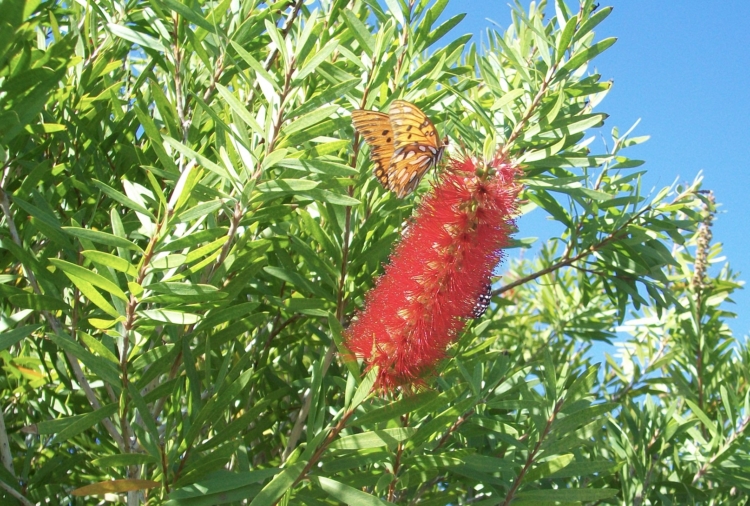 Monarch butterflies could be listed as endangered species as their migration patterns and favorite food, milkweed, are affected by global warming. Credit: David Pendered

Malnutrition in all forms – including obesity – has emerged as a companion of global warming, as evidenced in reports associated with one approved last week by 195 governments that was related to the 2016 Paris Agreement on climate change. 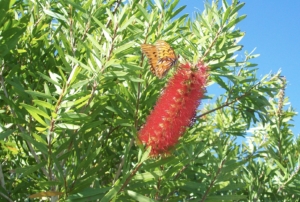 Monarch butterflies could be listed as endangered species as their migration patterns and favorite food, milkweed, are affected by global warming. Credit: David Pendered

Approved Sept. 24 in Monaco by the International Panel on Climate Change, an affiliate of the United Nations, the report continues IPCC’s attention to climate-change threats to what it identifies as the food web, food security and nutritional health.

One such report joins climate change, obesity and undernutrition as components of a global syndemic, defined as a convergence of two or more epidemics. This finding is cited in a study first published online in January by The Lancet, a peer-reviewed medical journal.

The report in The Lancet observed:

The report included this hopeful note, which is based on the notion that a solution is possible because the entire world’s population is at risk:

The global group of signatories to the study published by The Lancet includes academics affiliated with U.S. institutions including Harvard University; Virginia Tech; Brookings Institution; The George Washington University; and the Obesity Action Coalition, in Tampa. 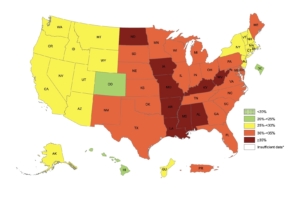 About one in three Georgians were obese in 2018, according to the CDC. The rate exists before obesity among lower income persons is expected to increase as global warming raises the cost of healthier food, according to some academic reports. Credit: cdc.gov

The predictions come as the obesity rates in the United States have reached 40 percent for adults, and one in five for youngsters to age 19, according to the latest report from the Atlanta-based Centers for Disease Control and Prevention. Obesity is defined as a relation between height and weight and, for children, age.

The latest report from the International Panel on Climate Change continues to cite climate-change threats to the food web, food security and nutritional health. The report was approved last week in Monaco – Special Report on the Ocean and Cryosphere in a Changing Climate.

Food and water are cited in a statement from Hoesung Lee, IPCC’s elected chair and endowed chair professor at Korea University’s Graduate School of Energy and Environment:

The IPCC’s most recent study evaluated climate change as it affects water in the global ocean and on mountains, the later in the form of glaciers, permafrost and snow.

Threats to the food chain appear throughout the document, including this observation from the executive summary:

Previous Article
Grassroots soccer at the intersection of transit, equity, social infrastructure
Next Article
We all knew it was wrong