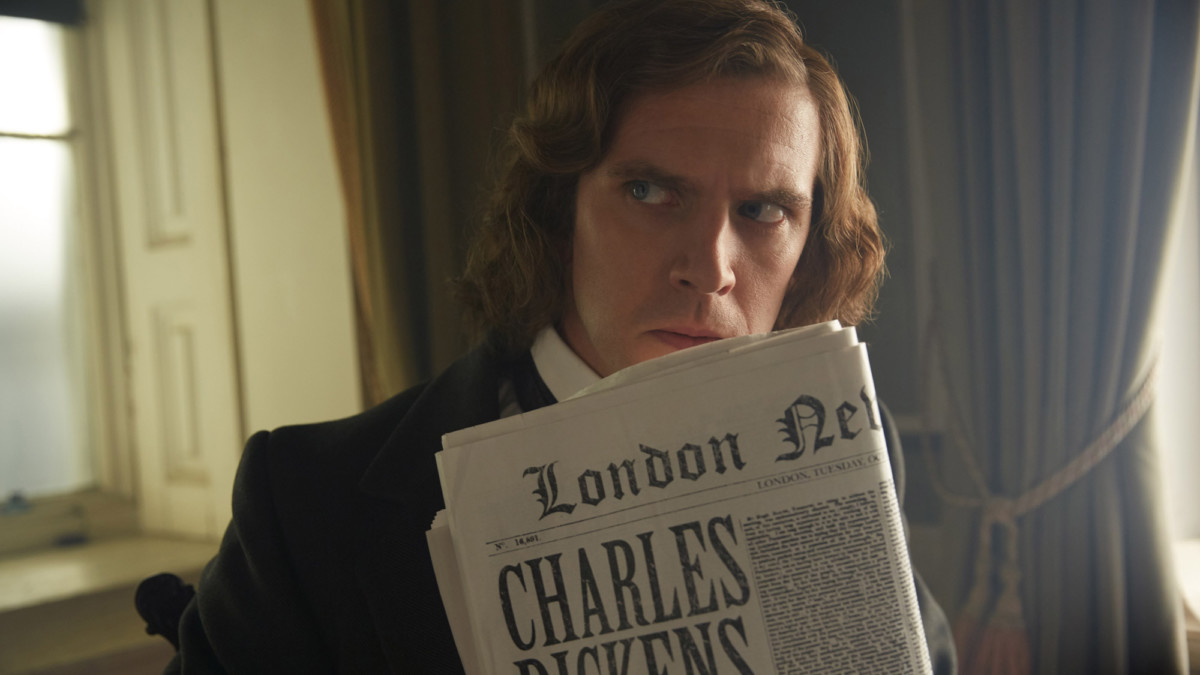 Genial and inviting, “The Man Who Invented Christmas” has the same sort of old-fashioned appeal as Coca Cola’s iconic Santa Claus.

But this isn’t a story about Santa or the historical Saint Nicholas or even Clement Clark Moore, whose ‘Twas the Night Before Christmas” filled our heads with sugar plums and eight tiny reindeer.

According to director Bharat Nalluri and writer Susan Coyne, the man who transformed Christmas from a minor holiday to a major phenomenon was none other than Charles Dickens.  And he did it by writing his immortal tale, “A Christmas Carol.” 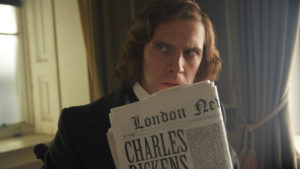 A scene from a ‘Man who Invented Christmas’

When the movie begins, Dickens (“Downton Abbey’s” Dan Stevens) is already a famous author whose life is a whirl of speeches, balls and public acclaim.

But 16 months and three flops later (among them, “Martin Chuzzlewit” and “Barnaby Rudge”), Dickens is on his uppers and deep in debt. He’s got four children (and another on the way), an expensive home to maintain and an impoverished, albeit cheerful, father (Jonathan Pryce) who leans on him for financial support.

Dickens needs a hit — and quickly. But his publishers, while eager to support his next best-seller, turn down his idea for a holiday-themed novella. So he finances it himself, feverishly churning out his classic-to-be in a mere six weeks.

The movie delights in creating collisions between Dickens’ real life and that of the novel taking shape. In a sense, the author is haunted by the characters he’s in the midst of creating— especially a miserly Ebenezer Scrooge (Christopher Plummer) who all but dictates the book.

Cherry picking from his surroundings, Dickens finds inspiration all around him. An ancient waiter named Jacob Marley. A sickly nephew. A trio of spirits inspired by the bedtime stories the Irish nanny tells his children. 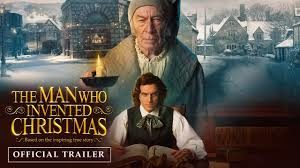 “The Man Who Invented Christmas” isn’t trying to re-invent anything. It’s as straightforward and happily literary-lite as a crowd-pleasing Masterpiece Theatre adaptation.

The film can look a little under-populated. The London streets aren’t exactly bustling. The occasional horse-drawn carriage almost seems like a special effect.

But Stevens has an appealing eagerness and Plummer…well, Plummer is so fine you almost wish someone would make a straight-on “A Christmas Carol” so we could see his Scrooge all the way through.

Granted, some will find the whole conceit a bit precious. Still, you might find it hard not to grin when a squabble breaks out between inventor (Dickens) and invent-ee (Scrooge).

“Shut it or I’ll make you bald with bad teeth,” the writer threatens.

Replies the irrepressible old man, “You still won’t have an ending.”

Previous Article
Roy Moore and how the news gets made today
Next Article
Column: City of Refuge marks 20 years of transforming lives in Atlanta