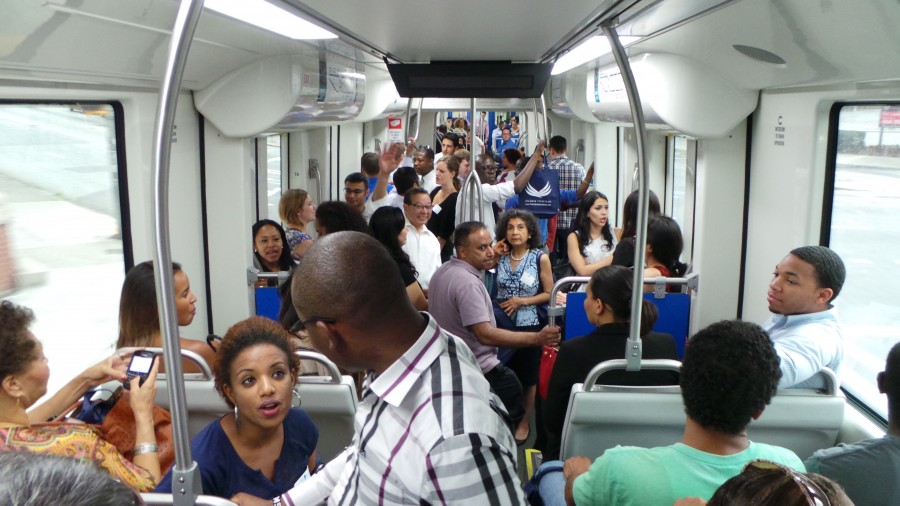 Under the Obama administration, White House officials have promoted U.S. trade and investments in Africa to supplement existing and ongoing development aid.

According to the U.S. State Department, exports and imports have increased exponentially as Africa is home to nine of the 20 fastest-growing economies in the world.

One critical step to securing Africa’s future is investing in its human capital.

The Mandela Washington Fellowship is a flagship program of the State Department’s Young African Leaders Initiative and brings 500 African leaders from across the continent to America for an immersion in Western practices of business and entrepreneurship, civic engagement and public administration. The White House hopes to double the 2016 class to 1,000 young African leaders.

President Barack Obama announced the program in 2013 while speaking at the University of Johannesburg’s Soweto campus, in the hometown of its namesake Nelson Mandela. 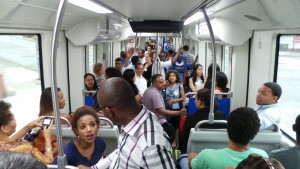 Keith Hillsman or City of Atlanta

Keith Hillsman or City of Atlanta

“When you come back home, new grants will help you turn your ideas into new businesses and new non-profits,” the president said.

“We’re going to partner with your governments and regional organizations here in Africa and foundations and civil society to amplify your voices as you stand up for democracy and equality,” Obama continued. “So this won’t be the most expensive program that we have, but I actually believe this is going to end up being one of the most important.”

The 2015 Mandela Washington Fellows are wrapping up a six-week trip to the United States and Atlanta, which will culminate with a visit to the White House following President Barack Obama’s historic trip to Africa.

Tessa Barker, a Coca-Cola employee working in tax technology was partnered with Tania Harriet Waithera, a Mandela Fellow from Kenya.

“The Mandela Fellows had to go through a very rigorous, competitive application process to be selected so naturally I was impressed with their accomplishments, passion, and vision, “ Barker said. “ What I enjoyed most about being a Peer Collaborator was building a personal relationship with my Fellow. Our professional backgrounds were similar but listening to her personal story, her experience visiting Atlanta, and her aspirations upon returning to Kenya puts into reality how our interactions with one another have the ability to influence community building in other continents.”

Shelby  Guilbert and Sarah Ford, who are both involved with the World Affairs Council’s Young Leaders program, said that one of the primary objectives is to engage with emerging young leaders in other countries.

“We were thrilled that so many of the fellows were able to join us. see for themselves how the Atlanta Streetcar is solving transportation problems and revitalizing historic neighborhoods in Atlanta,” Guilbert said about an outing with the Mandela Fellows. 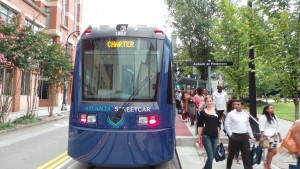 Napolean Nyanhi, a 2015 Mandela Fellow, says the MBA-like in class sessions over the past six weeks will help him as a video editor and produce for one of Zimbabwe’s fastest growing radio stations and an entrepreneur.

“I’m also a startup fish farmer in Chikwaka, about 50 kilometers from the Harare, the capital city,” he said.

Nyanhi sells locally to restaurants and supermarkets and uses words like “sustainable” and “organic” to describe his farming practices.

President Obama’s visit to Kenya and Ethiopia is not lost on the fellows. Nyanhi said that the president’s foresight to invest in Africa’s future via human capital will help lift million out of poverty and empower its youth. Both countries are developing

The first sitting president to visit Kenya and the first to address the African Union, Obama decided to visit two countries in the midst of tremendous growth.

With a high literacy rate and dynamic private sector, Kenya is on track to the Silicon Valley of Africa thanks to the State Department, Fortune 500 and government cooperation. IBM, Google, Microsoft and Intel all have regional headquarters in Nairobi.

Ethiopia, too, is booming. And thanks to Chinese investments, it is building a great dam and a light rail network.

Growth across the continent is enticing young leaders in America as well. I’ve watched it first hand. Over the past five years, a handful of Ethiopian friends have moved to the country – some going for their first time to their motherland since childhood – to take part in its renaissance.

As Nyanhi declared: “We are what Africa is looking for.”