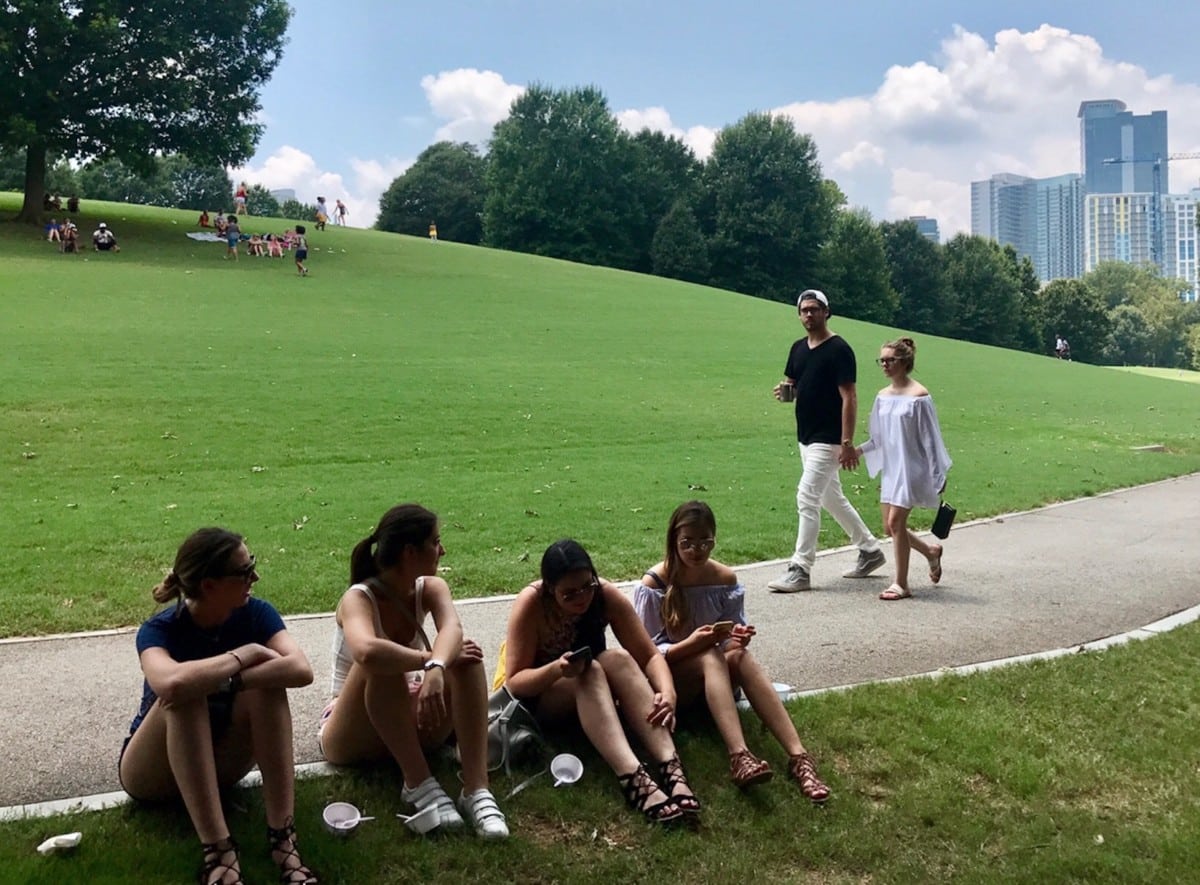 Though the Piedmont Park Conservancy reports investments of more than $66 million to restore and nurture Piedmont Park, the city of Atlanta still tends the park. Atlanta’s attention to detail is evident in the pending deal to maintain the lawn and flower beds. 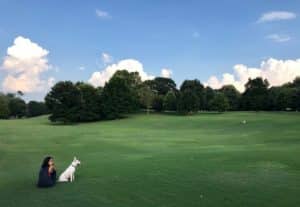 The manicured lawn of Piedmont Park provides everyone the chance for a moment of respite in a place that can feel like a personal retreat. Credit: Kelly Jordan

Lawn maintenance does add to the enjoyment of, say, passing the park on 10th Street and taking in the sight of that vast greenspace framed by the high rises of Midtown.

The city is shopping for a company to mow the grass and maintain from 20 to 25 landscape beds in Piedmont Park. Vendors met Monday with city officials and toured property including the three lawns to be cut: Oak Hill, The Meadow, and The Front Lawn.

Pressure may be mounting on city parks officials to have the job done well. A city audit released July 17 found that Piedmont Park is in poor condition. 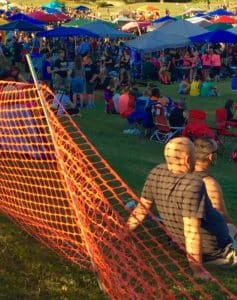 Piedmont Park’s inspection score was just above 60 percent, according to the audit. The average score of 40 randomly selected parks was 73 percent. A total of 15 parks scored below 70 percent, “indicating the park was in poor condition,” the audit stated, adding:

The request for proposals for lawn maintenance was released July 12. That’s before the audit was made public, but months after the audit began.

The RFP divides the task of lawn maintenance into eight tasks, starting with mowing, edging, aerating and watering, and concluding with rut repair, overseeding, flower bed maintenance, and turf fertilization.

The experience and training of the crew is the first element listed in the request for proposals the city has issued. 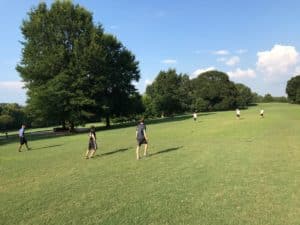 The pattern of mowing is important at Piedmont Park. Mowers are to change their routes every week and leave a pleasing pattern. Credit: Kelly Jordan

For starters, the company must have been in the lawn business at least five years and have a staff of at least six. One of them must have credentials in a field such as agronomy, horticulture or dendrology. Those who will apply chemicals and fertilizers must possess a valid state license to do so.

Personal appearance matters. The company has to provide uniforms that must be worn while on city property.

The second priority is to make sure that shredded bits of trash aren’t strewn around the park when mowers hit debris such as a newspaper or bag of discarded food. All debris, including cigarette butts, are to be picked up before mowing commences. Debris can’t be placed in a trash receptacle used by the public, though the RFP doesn’t say where the debris is to go.

The finished product should appear like a manicured lawn: “An orderly pattern of mowing should be developed in order to leave a visually pleasing appearance and to avoid rutting.” 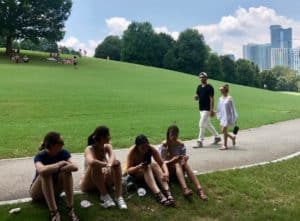 Pathways are to be edged every two weeks with a metal-bladed edger. Credit: Kelly Jordan

Edging is a big deal. Only metal-bladed edgers may be used. Landscape beds are to be trimmed in, “gentle curves and lines where it is appropriate and avoiding zigzagging bed lines with sharp angles whenever possible.”

Even with six pages of terms that outline this level of detail, the need for the Piedmont Park Conservancy remains.

Last year, the conservancy reported spending $148,785 on landscaping at the park. Restroom cleaning cost an additional $123,227, according to 990 tax forms filed by the tax-exempt organization.

Just this month, a large stand of brush, trash and invasive plants were removed, and a decorative wall added, to a section along Piedmont Avenue. The conservancy completed the work in July with funding from the Kendeda Foundation.

“We wanted to bring this area up to the expectations of what Atlantans know to be beautiful Piedmont Park,” Mark Banta, president/CEO of the Piedmont Park Conservancy, said in a report posted on the conservancy’s website. 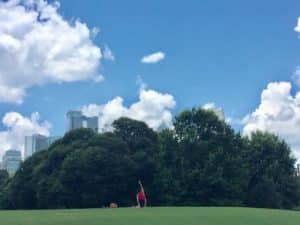 The lawn maintenance contract for Piedmont Park calls for expertise in caring for turf and trees. Credit: Kelly Jordan 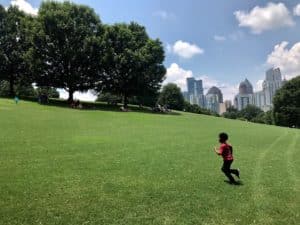 The rolling terrain in Piedmont Park creates challenges for athletes of all ages. Credit: Kelly Jordan