A file photo of a MARTA train.

MARTA is seeking over $166,000 in attorneys’ fees as punishment for what it calls a “frivolous” lawsuit challenging the extension of its sales tax and operations contract without voter approval. The activist behind the lawsuit says the demand is an attempt to chill his rights.

The activist is Ed Williams, who heads the DeKalb County transparency group Concerned Citizens for Effective Government and who last year unsuccessfully ran for the Georgia House of Representatives District 90 seat. Williams, who is not an attorney, frequently files lawsuits against government agencies for alleged wrongdoing — frequently without success. Those include a 2020 legal challenge to MARTA’s pandemic cutbacks of bus service without a board of directors hearing. His lawsuit about the MARTA contract, filed last year, was dismissed by a Fulton County Superior Court judge but has an appeal pending. 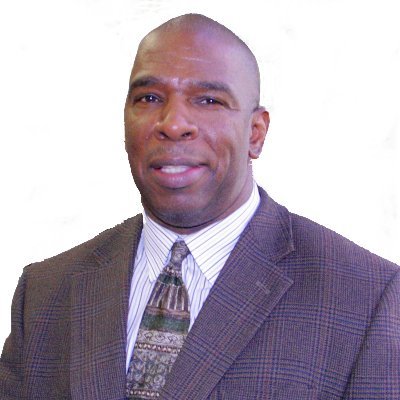 MARTA’s outside lawyers are now pushing back, seeking a court order for Williams to pay them attorneys’ fees — currently $166,131.63 — and to prohibit him from suing the transit agency or anyone involved in it without a judge’s permission. The court has yet to rule on the motion.

MARTA’s attorneys said in an April 7 court filing that Williams has “abused the legal system. He has taxed Georgia courts with repetitive, often incomprehensible filings, which have required Defendants to expend significant sums of money, including taxpayer money, defending against them. And there is no indication that he intends to stop.”

“MARTA does not take asking for attorney fees lightly,” said Stephany Fisher, a spokesperson for the transit agency. “The issues raised by Mr. Williams have been asked and answered multiple times by the courts. The cost associated with defending the lawsuits is borne by MARTA, its jurisdictional partners and the customers. We would be failing in our fiduciary duty to the authority to continue to spend money defending these claims over and over again. Mr. Williams still has the ability to raise concerns unrelated to arguments already ruled on by the court.”

Williams says that his lack of success in MARTA lawsuits so far does not mean he was wrong and deserves punishment. “MARTA seeks to prevent me from exercising my First Amendment right ‘to petition the Government for a redress of grievances,’” he said in a written version of comments he made at the June 9 MARTA board meeting and provided to SaportaReport. “This right is at the heart of our democracy and the first and arguably the most important right. The government should not be able to use taxpayer money to deny citizens the right to petition their government and to intimidate and retaliate against citizens from seeking justice.”

Supporting Williams is state Rep. Viola Davis (D-Stone Mountain), who told the MARTA board at its meeting that she’s “shocked” by the pursuit of legal fees. She did not respond to a comment request.

Williams also notes that he does not always strike out in court. In 2020, he won a significant Supreme Court of Georgia decision with the backing of the University of Georgia School of Law’s First Amendment Clinic. In Williams v. DeKalb County, he alleged that the DeKalb County Board of Commissioners violated the Georgia Open Meetings Act in a meeting where members raised their own pay without putting it on the agenda. His successful appeal to the Supreme Court set a precedent establishing citizens’ right to sue government officials for civil penalties for Open Meetings Act violations. The case went back to trial court and is now before the Georgia Court of Appeals, which is expected to rule by the end of next week.

On the other hand, his three lawsuits against MARTA have ended in successful motions to dismiss. MARTA’s attorneys — Robert Highsmith Jr., A. André Hendrick and Philip George of Holland & Knight — say that’s part of a pattern of frivolous lawsuits.

Williams says he has lost on technical grounds. The lawsuit against the bus route cuts, he says, was rendered moot when MARTA restored the service while an appeal was pending.

Then there’s his challenge of MARTA’s sales tax and Rapid Transit Contract and Assistance Agreement, an intergovernmental contract behind the transit agency’s operations. It was approved by voters in 1971 and amended several times since then to include funding and operations extensions and expansions currently alive into 2057. Williams argues that state law bars contracts from extending unilaterally beyond 50 years without voter approval. MARTA argues well-settled precedents establish that its contract is legally sound.

Williams first sued MARTA over the contract in 2019. The suit was dismissed on the procedural issue of failure to properly serve the lawsuit, but the judge also offered commentary about the complaint lacking legal merit.

MARTA argues that by filing a similar complaint last year, Williams knowingly sued over an issue with no legal merit. They call it a “copy-cat lawsuit” that is “nearly identical” to the one previously dismissed. In a September letter to Williams, the attorney said in court documents, they warned him they would seek attorneys’ fees if he did not voluntarily withdraw the lawsuit. They cite a state law that says a court shall award attorneys’ fees in a frivolous lawsuit — meaning one where the plaintiff cannot reasonably believe the claim has merit — and may do so in a case a judge determines “lacked substantial justification.”

Williams says he’s acting in the public interest and not seeking any money himself. He points to another part of state law that prohibits the awarding of attorneys’ fees in cases that make a “good-faith attempt to establish a new theory of law in Georgia.”

He says the judges in the previous cases did not rule that his suits were frivolous, and that it’s MARTA attorneys who are being “substantially frivolous, groundless, and vexatious” with filings that are “voluminous, and designed to intimidate, chill, and harass Plaintiff.”

As a side note, MARTA’s attorneys also cite an argument they made in the prior lawsuit about the practical effects of Williams’ legal argument. They said, “the balance of equities did not favor what amounts to an injunction against the operation of the MARTA system, upon which thousands of people rely.” Williams says if his argument prevails, MARTA would not have to shut down, but only hold a referendum to confirm its operations.

“The question of whether an agency like MARTA can continue to spend taxpayer local sales tax funds forever without a voter referendum with the same contract is a legitimate and important question,” he said in a May 9 motion responding to the attorneys’ fee demand.

Correction: An earlier version of this story gave an incorrect figure of the attorneys’ fees in one paragraph and the correct figure elsewhere.